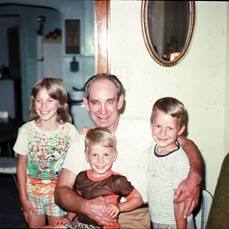 I’m sure that non-Catholics find it more than a little odd that we believe there can be merit to suffering.  The history of the Church is rich with tales of suffering, both voluntary and forced, endured by saints beginning with the early martyrs to present day saints such as Padre Pio and Pope John Paul.

Suffering has the ability to purify the soul, unify us with the suffering of Christ, and unite us with our fellow Catholics here on earth and those suffering in purgatory.  The good that can be done by offering up suffering for our loved ones and those who have passed before us is boundless.

I haven’t experienced much suffering myself other than labor with my children and several horrible toothaches.  Overall, God has not seen fit to gift me with much pain. I have however, known the pain that comes with the deaths of immediate family members. These experiences have forever changed the way I perceived them and perceived the experience of dying. 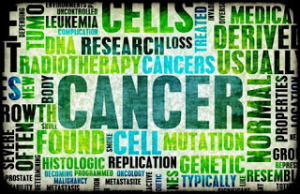 I was a senior in high school when my mother called me and told me that she had kidney cancer.  Fortunately, surgery seemed to have caught it in time.  Four years later when I was 23 and the mother of two young sons aged 4 and 3 months, she phoned me to tell me that she had brain cancer. It had metastasized to both her heart and lungs and they were expecting that she had less than six months to live.

My relationship with my mother was…unusual.  Due to neglect on her part, my father gained custody of my two younger brothers and me when we were very young. We had a sporadic relationship growing up because we only lived in the same area for a few years.  As an adult I realized that my mother probably had many emotional wounds of her own stemming from childhood which made it virtually impossible for her to mother in a healthy, normal manner.

When I received that call at 23 and she relayed to me what was essentially her death sentence, I had no idea how to react. During that conversation she sobbed, broken and lost.  She had been suffering debilitating headaches for months and finally knew the cause. I didn’t know how to console or reassure her.  I was as useless to her as the phone in my hand.  A few weeks later we spoke again.  I couldn’t believe the change in her.  She was now facing her death with courage.  There were no tears; she knew what was coming and was determined to face the inevitable with grace.  And she did just that.

My mother showed admirable traits in her last few months that I had never seen in her prior.  I had so many negative memories of my mother, but at the end she gave me the greatest gift- seeing her face her pain, overcome fear, and patiently wait for her time to meet God.   She died peacefully less than a day after I went to see her for the last time.

Eleven years later my youngest brother Tim, only 31 years old, called me to tell me he was fighting multiple myeloma. At the time I was living in Kansas and he was being treated in Montana.  While researching, I found that the mortality rate for young people with multiple myeloma was low. All was going well.  He would call me now and then to update me.  However, like my mother, he had made a mess of his life.  His three children were taken from him and he hid this from me.  I was furious because I could have helped him.

I spoke to him in the fall of 2006.  I learned he was divorced again. One cold winter day a few months later, I had a message on my answering machine from a doctor.  It was vague but he asked me to return the call.  Imagine my surprise when the person answering my call informed me it was the coroner’s office.  I was still baffled until the doctor informed me that he had Tim’s body.  He had died from his cancer.

I frantically phoned the hospital searching for any information.  The information they could give me was limited due to confidentiality, but Tim knew he was dying and chose not to tell any of his family.  He died alone in a hospital.  That crushed me, tore at my heart and made me rage in anger at my now deceased brother.  I would have been there for him; I would have gone and held his hand.  I would have told him I loved him as he took his last breaths, but he never gave me the opportunity.   Even now, eight years later, my heart hurts when I think of that last selfish act of his.  Yes, I believe it was selfish. What he did hurt me and my father in a way that I can not fully describe.  It left a wound that will never heal.

Speaking to the hospital staff, it was clear that they had offered to contact us but he refused.  He refused pastoral care as well.  The irony of him instructing them to contact me only upon his death was cruel and so unlike the sweet boy I had been a second mother to when we were growing up.  It’s so hard to write about this because my heart breaks all over again.

Two short years later my father received the terminal diagnosis of breast cancer.  Yes, men can and do develop breast cancer.  They can and do die from it too.  He had a lump in his breast that he had ignored for a very long time and by the time he had a diagnosis, it was too late.  Shortly after he received that diagnosis he had a debilitating stroke.  He went from living independently and hitch-hiking from town to town in rural Minnesota to losing the use of his right side. His ability to communicate through speech was greatly diminished as well. 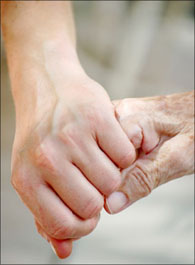 When I received the call that my father wouldn’t last much longer, I packed up my three older children and we drove up to Minnesota.  We stayed with one of my dad’s friends.  During the day my children and I took turns sitting with my father.  When it was clear the end was near, my children and I waited with my father. The nuns from the church had come to his room and were praying the rosary with us.  I held his hand as he took his last breaths.  He had endured the pain and refused to complain as the cancer had invaded his body.  He tolerated the indignity of having to have all of his needs attended by others.  I have no doubt he offered up all of this and in doing so his soul grew closer to God.

The lesson I learned from losing three people I loved so much was that one’s death can either strengthen or weaken those they leave behind.  It can break their hearts for years or leave them with peace.  My mother’s death caused me to develop a respect for her I had never had before.  My brother’s death destroyed me and the relationship I thought I had with him.  My father’s death left me with peace.  He died surrounded by people he loved the most, praying as his soul left his body.  He had received Last Rites the prior day.  I can’t think of a better way to end one’s days and I hope God grants me the kind of death my father had.

All three of them faced the pain of their respective cancers with courage and dignity.  They did not flee from the pain or end their lives prematurely by their own hands.  They conquered pain and embraced the natural culmination of their time on earth.  They taught me acceptance in the face of fear.  For that, I will be forever grateful.

2 Replies to “Three Deaths, Many Lessons”