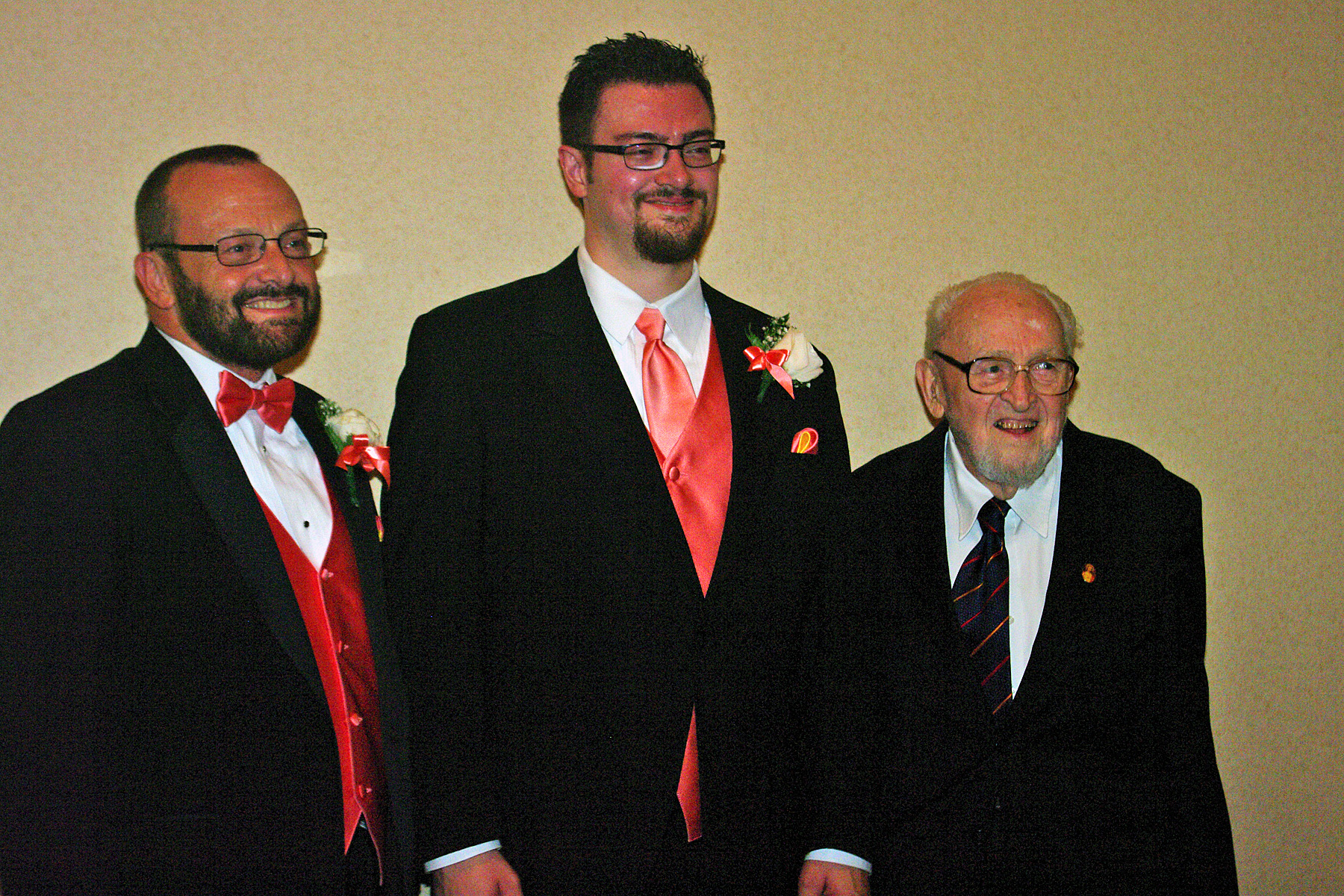 Veterans’ Day is one day of the year where we can all pause and remember those who sacrifice lifestyle, family time, and their very lives in order for us to live free. Recently, I saw a sign that said, “Remember our veterans. We cannot be the land of the free without being the home of the brave.” My own family has a few veterans. My cousin is currently serving in the Army and has been deployed more times than I can count, leaving his wonderful wife and son to try to make the world a safer place. This year I would like to honor my grandpa in particular by talking about his experiences in serving our country.

Both of my grandfathers served in World War II. As part of a high school history assignment, I had the honor of interviewing one of my grandpas about his experiences. My grandma sat in on the interview and shared her own war experiences from stateside. My grandparents’ faith and love have been a strong influence in my life choices. After their service in World War II, they went on to have twelve children while also fostering many babies. They served each other and the children God put into their lives while my grandpa was on and off disability due to an eye condition that left him blind for eighteen months. They remained steadfast in their love of God and each other even when receiving the news that he had six months to live shortly after my youngest aunt was born. Grandpa beat the odds though and is now 88 years old. He is currently recovering from a fall but otherwise is still feisty and very full of the faith that has carried him all his life. My grandparents were married nearly 56 years before Grandma passed away from a stroke a few years ago.

My grandpa is not a fierce warrior in my mind. He is the gentle man with the white beard who would patiently play “War” the card game with me countless times even though I’m sure he had a million other things to do. He is the quiet man who when he speaks does so with the insight of his years, blessing us with his wisdom. He is a humble man, repeatedly throwing away awards he earned both in business and in combat because he “didn’t do it for the awards.”

For me, he is and always has been “Grandpa.” But before he was a grandpa, before he was even a dad, he served his country, our country, in ways that escape my imagination, even as he tells me about them firsthand.

Our interview focused on Grandpa’s service in the military. He enlisted as many young men did at the beginning of WWII. He was given an exam and told he qualified for medical training. He said his young, impulsive self did not want medical training; he wanted to fight for his country and so he turned down the offer to become a doctor. He was sent to fight overseas. His stories are probably similar to many who fought. He had prisoners escape and partners go AWOL while transporting prisoners. He was injured not once, but twice, and describes a battle that my high school history teacher said qualified him for the Silver Star. Grandpa wants nothing of the medals although he has two Purple Hearts also. He says the medals just “clutter things up.” He was doing his duty in his mind. No need for an award for doing what you’re supposed to do.

My grandma’s story is from stateside. She worked in a factory during the war. One day she was pulled aside and taken to the FBI office. They processed her and fingerprinted her. This was followed by questioning and finally releasing her. She had been mistaken for another woman on her line who was a spy. (They did end up arresting the right person.) While she was not a veteran, she sacrificed the time with Grandpa and worked to help the war effort.

As the years have gone by, our country has swung back and forth with how we treat and honor our veterans. Our school has a program to honor veterans each year. My children have been practicing the fight songs for each division of the Armed Forces for weeks now. I pray that they will understand the sacrifice these people who visit their school have made and how that impacts their ability to do so many different activities.

More and more forces are being deployed to various parts of the world. These men and women and their families need our prayers and support more than ever.

“Greater love has no one than this, that one lay down his life for his friends.” John 15:13

St. Michael the Archangel, defend us in battle,

Be our protection against the malice and snares of the devil.

We humbly beseech God to command him,

And do thou, O prince of the heavenly host,

By the divine power thrust into hell Satan

And the other evil spirits who roam through the world

Seeking the ruin of souls.

Who are you honoring today? What does Veterans’ Day mean to you? What special memories of veterans do you have?

One Reply to “Honoring Our Veterans”