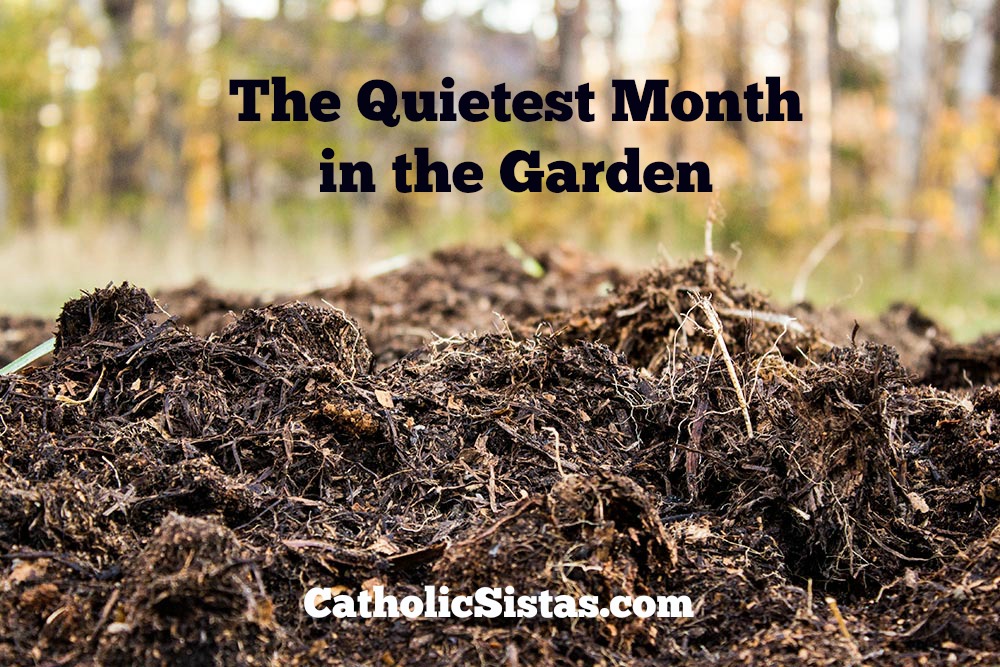 A while back I was looking for a quote to reflect the gloominess of winter. Life had been difficult, I had made some hard decisions, and to be honest, I just wanted to find a quote that would sum up the despair I was feeling.

I didn’t find what I was looking for, but I did find something that God knew I needed to read. It was a quote by Rosalie Muller Wright, the editor of Sunset Magazine, in January of 1999.

“January is the quietest month in the garden… But just because it looks quiet doesn’t mean that nothing is happening. The soil, open to the sky, absorbs the pure rainfall while the microorganisms convert tilled-under fodder into usable nutrients for the next crop of plants. The feasting earthworms tunnel along, aerating the soil and preparing it to welcome the seeds and bare roots to come.”

It seemed that God was trying to tell me that the gloominess which not only covered the skies outside, but my heart as well, served a greater purpose. Yes, it was dark and it seemed like everything was dead, but really there was a plethora of activity taking place just under the surface. The trials I was going through had the power to change me, if only I would allow them to.

I went into Lent still feeling overwhelmed by life. My heart downtrodden and sad, I wondered why we have to suffer so much. But then I remembered this quote and decided to incorporate it into my Lenten journey. 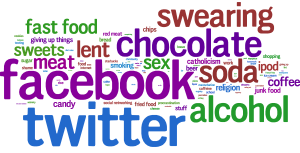 You see, during Lent we often focus on what we are giving up or even what we may be adding. We think about how difficult it is to abstain from meat on Fridays and we may even visit our church to walk the Via Dolorosa by participating in the Stations of the Cross. Most of us try our hardest to pray more and to connect with Christ. Sometimes we focus simply on “getting through” Lent.

What we often fail to recognize is that during this time our hearts, minds, and souls are like the soil in the garden. While we may grumble about how hard Lent is and it may appear as if nothing is happening on top of the surface, the sacrifices we are making, the changes we are adding, the prayers we are saying, and the quiet reflections we make are all aerating the soil of our hearts. They are preparing them to accept the new seeds of life and the bare roots that Christ will plant as He rises on Easter.

Many people dread the Lenten season. It’s a time where we are called to take a long hard look at how we are living our lives. We must admit where we are failing and we are called to make the changes necessary to live according to God’s commandments. This is hard. It’s giving up what we want and instead accepting what God wants. It goes against our sinful, human nature.

But it is necessary. 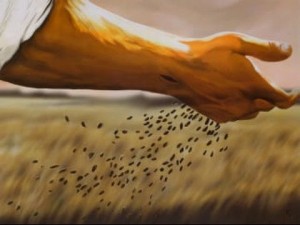 Just as a garden whose dirt is never tilled under or who has no earthworms aerating the soil and adding important nutrients to the earth, when we refuse to allow the changes to take place in our hearts and souls the garden that is planted will never bloom. Like the parable of the farmer scattering his seeds, if we don’t allow the seeds to be planted on fertile and well-tended ground our garden cannot grow. However, when our hearts and souls are fertile, then like the farmer in Jesus’ story, our harvest will far exceed our wildest dreams.

As we continue through this Lenten season I pray we each will allow our hearts and souls to become well-tended gardens waiting to receive the seeds of faith, hope, and love that only Christ can sow. 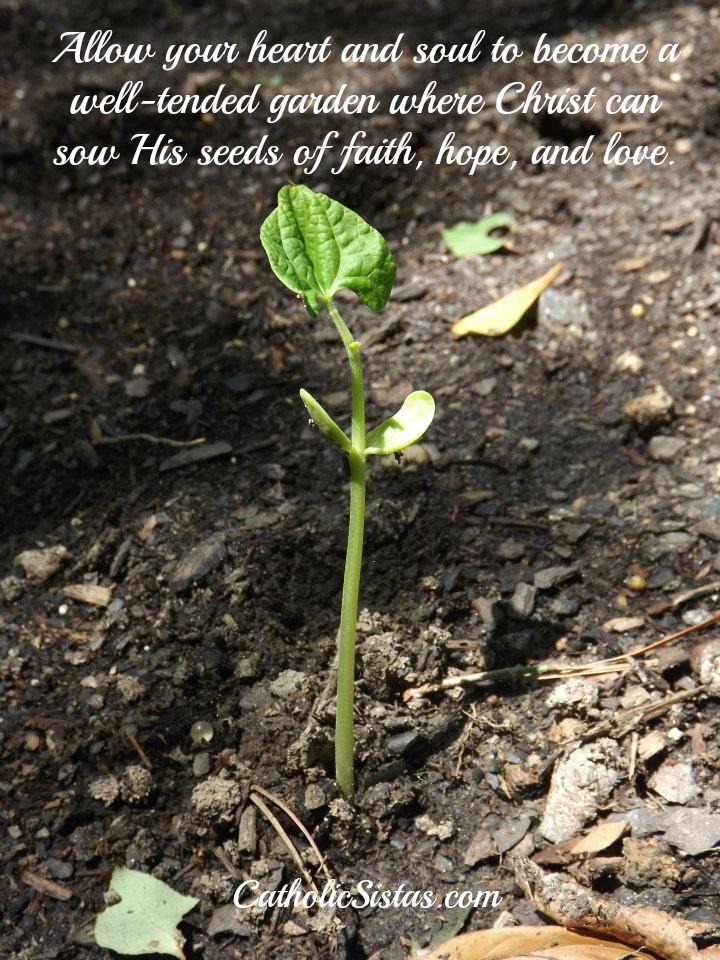