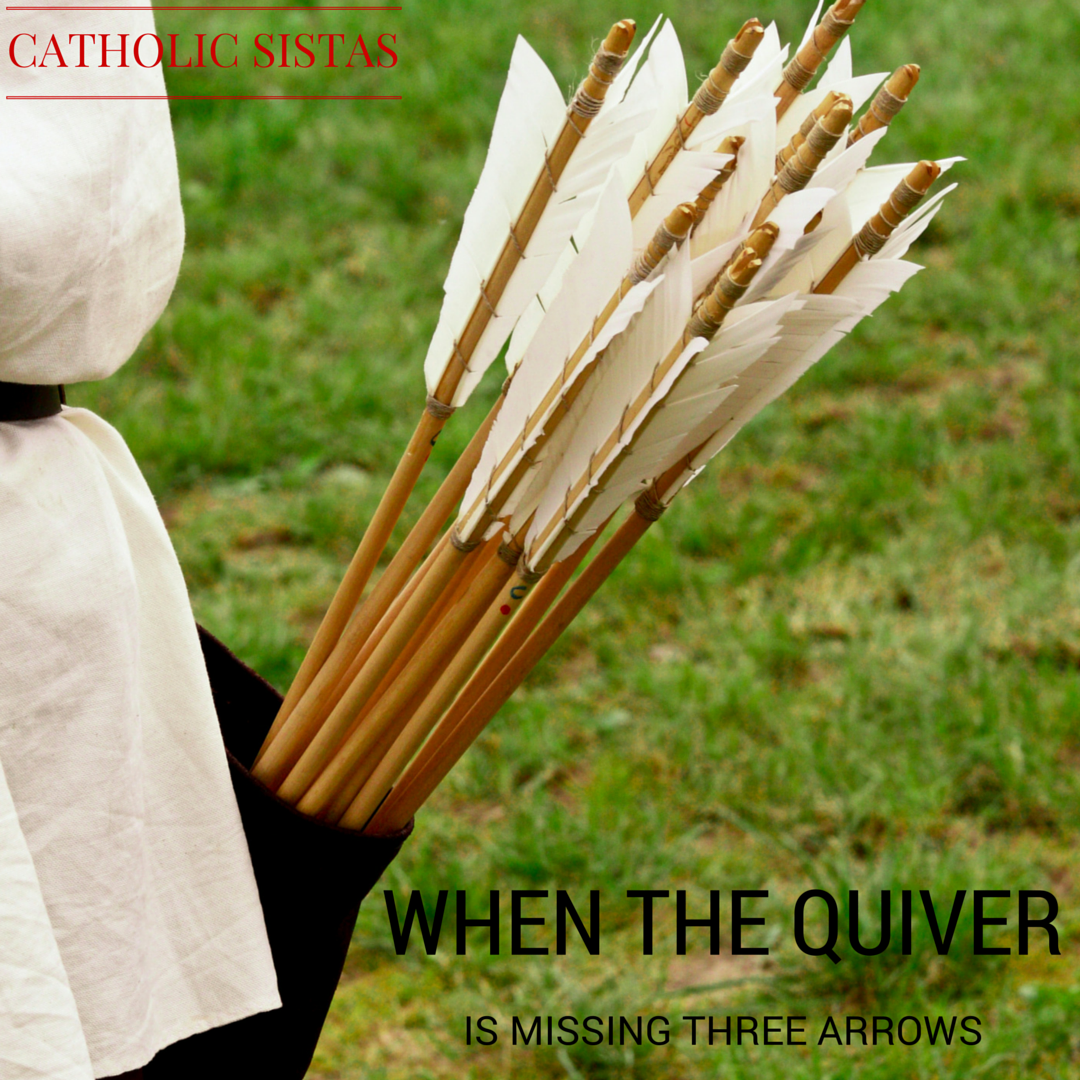 Behold the inheritance of the Lord are children: the reward, the fruit of the womb. As arrows in the hand of the mighty, so the children of them that have been shaken. Blessed is the man that hath filled the desire with them; he shall not be confounded when he shall speak to his enemies in the gate. 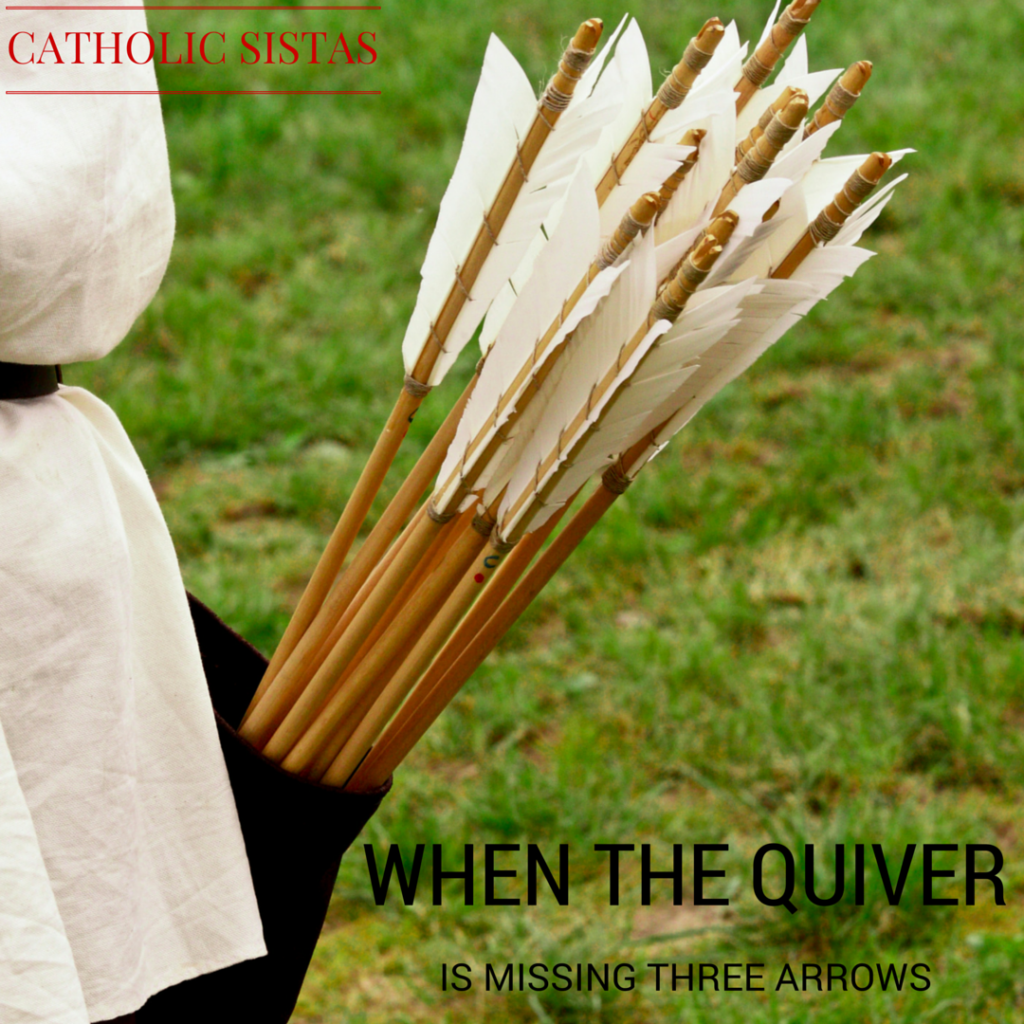 As we sat in the recovery room waiting for our oldest son to fully wake up from his ankle surgery, the anesthesiologist slinked into the small recovery space, looked at three of the children I had brought with me, and peering over the top of his glasses, asked is this everyone? I responded no, we are missing two, three if we count Dad.

What he said next took me by surprise. He looked at the nurse and said – in a tone that I fully interpreted as authentically sincere and polite – the quiver is full, to which she immediately agreed, saying yes, it is.

Earlier in the day, I had made arrangements for the three children to hang out at a friend’s house, the eldest was off to nanny for the day, and the youngest was to go to preschool. It allowed me to focus on all the paperwork that 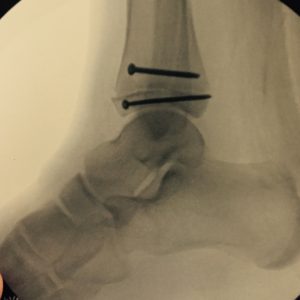 needed to be filled out prior to surgery and to speak with the physicians, nurses, and anesthesiologists without the tap-tap-tap demands of the littles. Being that it was outpatient surgery, I had just enough time to bless my 14 year old son with the holy water I keep in my purse and see him off to surgery before heading to our friend’s home to pick up three of the kiddos, swing by our house to snarf down lunch and scoop up school books to head back to the hospital. The doctor called en route and said the surgery went as expected and smoothly. The broken ankle was now stabilized with some serious hardware, making Jonathan – as he calls himself – an “inside-borg.” ::insert obligatory mom eye roll::

So, let me back up a bit to start tying details together. In November 2014, we experienced our first loss after six pregnancies and live births. Though I wrote about St. Gertie and that experience, nothing could really convey the sense of loss at that time. We would later experience the joy of another pregnancy announcement in January 2015 only to lose that little one one week later. While the entire year of 2015 was beset with grief, suffering, and trials of  both intensity and magnitude, I soon felt like more children were no longer in the cards for us. He {God} certainly hadn’t blessed us with any more pregnancies the rest of the year and closing in on 40, this was not some great shock to me. The baby shop has to close at some time, ya know? And…while no one I know in my personal circles {even my most vehemently pro-abortion friends} would tell me to be content with my six {and two in heaven}, I could feel my own emotions surrounding the thought of the end of fertility closing in on myself.

Had I been open enough?

Have I been a good parent?

Did I deserve more children?

Luckily, I know when I truly discern using faith and reason, that this isn’t how God works. He doesn’t just tally up our merit and then bestow graces based on our works. No. Far from it. But, there was my mind telling me these things. I know I’m not really all that old, certainly not in terms of fertility. Many, many girlfriends have gotten pregnant well into their 40s. But I’m not them and they aren’t me. Fertility is a fickle, tricksy hobbit that will do what it likes without my consent or knowledge. In the end, regardless of the number of children we have, we all grieve to some extent, knowing that door is closed. Maybe at regret, perceived or actual. 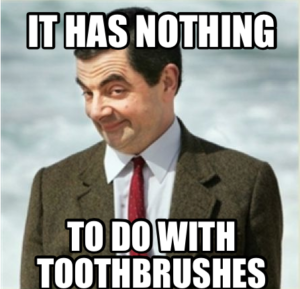 In any case, we had found out on January 30 that we were once again expecting. And like many things in married life, it wasn’t a surprise. I think we all know what causes that, right? Sadly, I no longer  excitedly pull up a website to punch in my numbers to find out what my due date is. I did it anyway, though. I wanted so much to be excited. There it was – October 7, 2016. I always always go two weeks early to avoid car births {true story!} or, our anniversary and St. Padre Pio’s feast day, September 23. I felt relief and solace in that, regardless of the outcome. It’s a kiss from the Father on the forehead, I thought to myself.

I immediately started progesterone in the hopes of giving this baby the best possible chance, but it was ultimately to no avail. Blood work continued to show slightly growing hcg numbers, indicative of an impending miscarriage. Dr. Kalamarides would deliver this news the evening of Fat Tuesday – what a lovely way to enter into Lent. Because we were on our way to see a screening of Miracles from Heaven, I no longer felt like I could be there and texted a friend who was walking with me through this newest miscarriage. I look up from my seat in the theater and I see her walking in!! She and I sat next to each other and I let her do all the bawling during the movie.

It wasn’t until after an ultrasound on Thursday and then final confirmation from Dr. K on Friday, February 19 that we knew there was nothing more we could do. God had simply called this newest soul back home.

Our monthly Catholic couples gathering was that evening and a couple girlfriends had messaged saying they would totally understand if we needed to stay home. My husband – my rock – said he would support whatever I wanted to do. In the end, I wanted to be around friends and not think about the miscarriage for a few hours, so we went and had a fun time chatting about everything else.

Then the phone call.

I wasn’t answering my phone or checking FB, so my husband answered his phone. He said Oh my God! and immediately stood up. Ok, we’ll be right there, and hung up the phone. He looks at me and says they think Jonathan may have broken his ankle skating. The children’s ER confirms it’s broken in two places, splints him up and sends us home with a doc recommendation to follow up on Monday. The doctor immediately insists on surgery, and right away.

Back to the recovery room, where my body has decided it will miscarry simultaneously while all of this foot stuff is going on. GREAT. JUST GREAT. THANKS A LOT, BODY. The anesthesiologist makes his comment and, while I know he said it in all sincerity, part of me should have been ready to mention our three missing arrows. Why didn’t I say something? Was I not ready? Is it because it’s not my normal to reveal such intimate details about our family? Did I feel like part of me would want to garner sympathy? I know I should have said something, but…I didn’t. And I should have.

Because if I don’t, who will?

It was a realization in that moment that part of losing a child is honoring their soul, no matter how brief their stay is in this world, by sharing that they are part of the family.

I believe I have entered the final phase of grieving and healing.

4 Replies to “When the Quiver is Missing Three Arrows”