Why Is the Catholic Sex-Life Everyone’s Business?

“I hope you’re not planning on any more children. Tell Bradley to get snipped, he’s got enough kids. And you better be on some good birth control because we all know the rhythm method doesn’t work.”

The text above details what someone close to me, said to my wife recently. 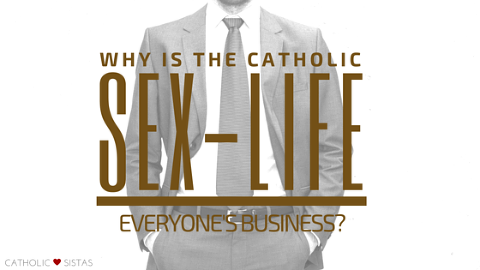 The person offered this advice without any provocation and outside the context of a conversation about the subject. My initial inclination was to call that person and offer a scathing response. But after discussing with my wife, we decided to simply pray for that person and leave the rest up to God.

Why is it that the Catholic sex-life is so interesting to people? Why do so many people make it their business? We have all seen a family walk into church with 6, 7, 8, 9, or even 10 kids. And we’ve all seen the looks those families get from many of the parishioners. Granted some looks are those of admiration and respect. But many of those looks border on disgust. The comments, spoken and unspoken, are often times uncharitable and certainly not indicative of a Christian. The lack of understanding and the cynicism is present in many folks in the church, layperson, and clergy. I do respect and understand that for many, fully grasping and accepting the teachings of the Church is a lifelong process. Some may never fully accept specific teachings of the Church. And I think it is safe to say that the Church’s teachings on contraception are at the top of that list.

I get it. It’s not unreasonable to think, “What’s so bad about a condom?” or “Why is it the Church’s business?” Those are fair questions to ask. And I think it’s important to ask questions as long as we are willing to dig deep for the answers. As Catholics, we look to the Church as a guide for subjects related to morality. The Church is our teacher, our Mother who enlightens our conscience to discern right from wrong. As Catholics, we are called to accept ALL the teachings of the Church. Nobody said being Catholic was easy. Some may say it’s even burdensome. The Church takes the hard stance on the hard issues. And I say THANK GOD FOR THAT. We live in a world where our morality is constantly being put to the test and bombarded with influences contrary to Catholic teachings. Our society, and even some churches, bends and forms and capitulates to the strains and whims of what’s normative. The Church doesn’t waiver. She stands firm as a beautiful beacon of hope and trust and of sound Christ-centered guidance. 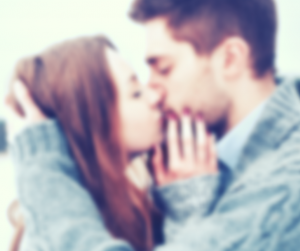 So what is so bad about a condom (or contraception in general)? And why is it the Church’s business? First, it’s the Church’s business because the Church is our authority on morality. Period. And a condom itself is not inherently bad or evil. However, the Church teaches us that the use of a condom is. The Catechism of the Catholic Church states that every action, which renders procreation impossible, is intrinsically evil {2370}. Wow. That’s pretty heavy. The Church teaches that using a condom is not only unacceptable but also evil? In Humanae Vitae, Pope Paul VI writes that contraception “contradicts the moral order” and is, therefore, “unworthy of man” {14}. The Church teaches us that our intimate physical relationships must be open to life-giving and love-giving.

Contrary to what some may believe, the Church does encourage us to exercise responsible parenthood. How does one exercise responsible parenthood without the use of contraception? First things first – self-control. Are you in control of your desires or are your desires in control of you? James Chapter 1 states: “Each person is tempted when he is lured and enticed by his own desire. Then desire conceives and brings forth sin, and when sin reaches maturity it gives birth to death.” Sexual desires aren’t bad or evil, but natural and good. The problem arises when we cannot control our desires. The Church offers a wonderful way for us to exercise responsible parenthood while maintaining, “respect [for] the bodies of our spouses” and encouraging “tenderness between them”. It’s called Natural Family Planning (NFP) and we’ll dig a little deeper below.

But first let’s break down the advice offered to my wife.

The Catechism states, “Sacred Scripture and the Church’s traditional practice see in large families a sign of God’s blessing and the parents’ generosity” {2373}. Children are a gift from God. You don’t need to read that in a book to know it’s true.

Part 2 – “Tell Bradley to get snipped”

Have we no more dignity than a stray dog or cat? A good friend of mine with six children often responds to similar comments with, “Sorry my husband is not a dog.” First of all, I can’t imagine voluntarily allowing a doctor to use a scalpel or laser “down there”. Beyond that obvious craziness and the possible risks associated with a vasectomy, the Church teaches us that sterilization is morally unacceptable. That’s enough for me.

Part 3 – “And you better be on some good birth control because we all know the rhythm method doesn’t work.”

This person is referring to NFP. NFP is not just a way to plan out pregnancies but actually is used to achieve pregnancy because it tracks and identifies ovulation. NFP is VERY effective when used correctly. Even the U.S. Government has a study that proves that a method of NFP is as effective as birth control pills and more effective than barrier methods in planning pregnancies. The beauty of NFP is that it is morally acceptable, free of cost, and poses no health risks to either spouse.

Many people don’t realize that several forms of birth control methods, including many birth control pills, sometimes work by preventing a newly conceived child from attaching to the uterus and, therefore, causing a first trimester abortion. Further, birth control pills and devices have potentially harmful side effects including an increased risk for breast cancer, blood clots, and toxic shock syndrome. 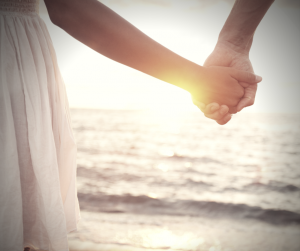 Sure NFP isn’t easy and certainly will require serious effort and diligent work. But it’s worth it. Studies have shown that couples that use NFP are far less likely to divorce {p.12}. Certainly those using NFP must have a very open line of communication and the comfort level to discuss some very intimate details. Such conversations and trust can only lead to a stronger marriage.

I am still learning. My desire is for my intimate physical relationship to be pleasing to God. I am not judging or condemning. I’m only trying to offer a glimpse into what the Church teaches and to respond to what was said to my wife.

I am so grateful for the Catholic Church and her teachings on morality. Just imagine what we could accomplish if more Catholics had large families and raised their kids to be dedicated Catholics. What would the country look like if Catholic values were prominent in every facet of life?

Thank you Lord for your Church. Thank you for inspiring Her and for allowing Her to sustain for more than 2,000 years. Thank you for Her teachings on everything important.

« Studying Abroad Part I: One Short Week in the Eternal CityThe Quietest Month in the Garden »