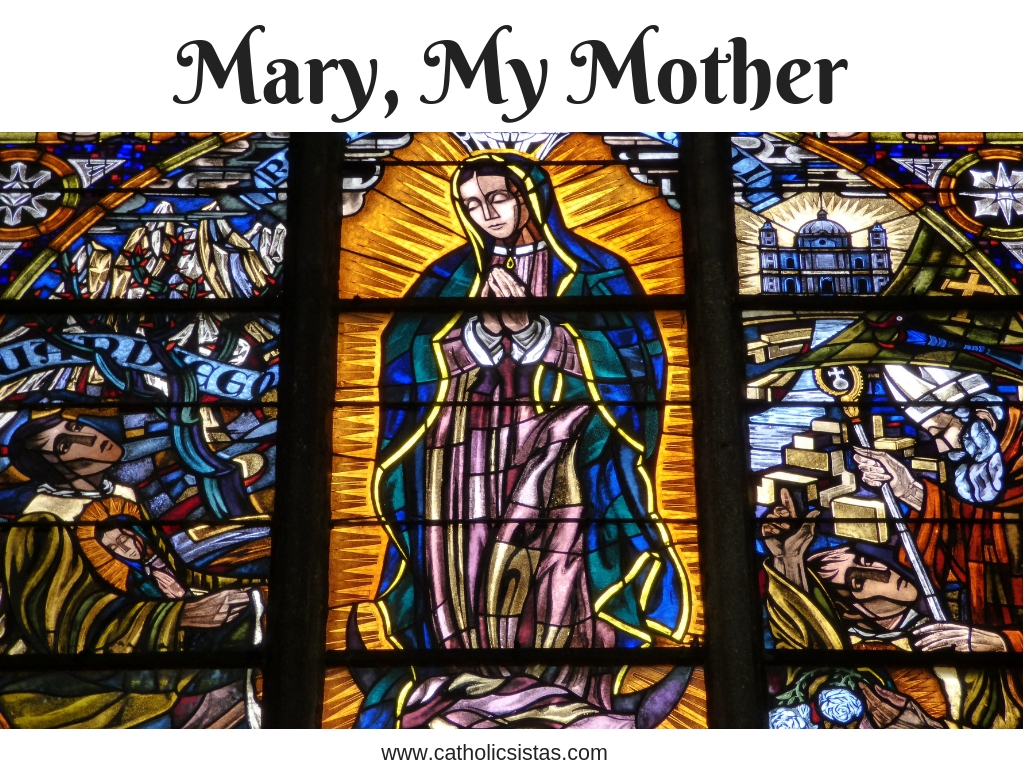 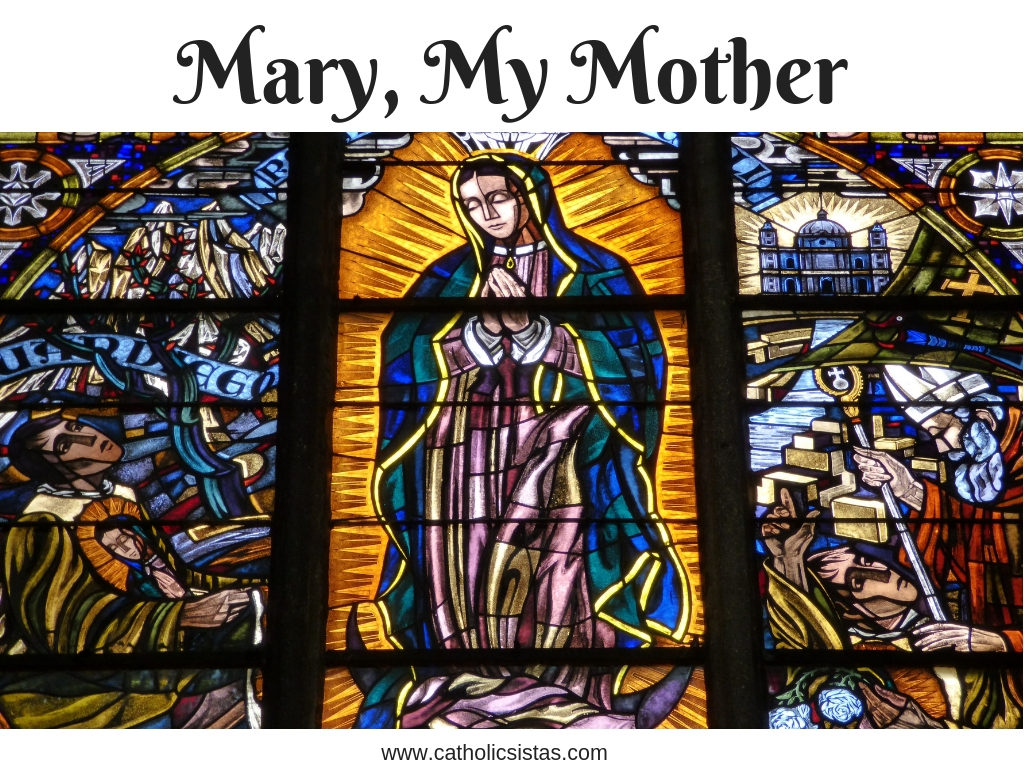 Sobbing in my car, I heard myself scream, “I can’t do this!  I don’t know how to be a mother!” I was in my late twenties and expecting our first son.  At that time, I was working about twelve hours a day at a job I loved, and I couldn’t stop worrying about how my life would change after I gave birth.  I had never thought of myself as “maternal,” at least not in the stereotypical way; I never babysat as a teenager, I didn’t gush over babies the way my friends did.  For that matter, I had never even changed a diaper! My wonderful husband and I had been married for four years, and had decided it was time to start our family. But now I doubted myself…would I be a good mother?

I felt deeply ashamed, and I was afraid to talk to any of my girlfriends about my worries.  Out of desperation, I called my trusted friend, Father Jim, who had been my pastor at a previous parish.  After listening to my concerns, he asked, “Have you talked to our Blessed Mother about this?”

Well, um…no.  I was raised “Batholic” – half Catholic and half Baptist.  I had embraced Catholicism as a teenager, but I never quite got on the Mary bandwagon.  While I connected with so many of the traditions of the Church, Marian devotion was not one of them.  It seemed a little weird to me, and perhaps even idolatrous; why should we put that much emphasis on Mary, when we could just go straight to Jesus, right?

Later that week, I received a letter from Father Jim.  In it, he enclosed a prayer card with an image of the Visitation, an obviously pregnant Mary with her cousin Elizabeth, who was also expecting John the Baptist.  Father Jim encouraged me and asked me to consider praying the Rosary regularly.

Dutifully, I found my Rosary and started praying it every day on my half hour drive to work.  It was somewhat awkward at first, as I struggled to remember which mysteries were which, and had to read the Hail Holy Queen from a prayer card.  Within a couple of weeks, though, I settled into a routine, and prayed daily with intention and ease. I started to feel like I had a real friend in the Blessed Mother.  I began to feel her presence with me as we prayed together to her Son. I grew comfortable asking her to intercede for me to the Father. And several months later, I turned to her when I was in labor.  During those seemingly endless twenty-three hours, I frequently meditated on the mysteries of the Rosary. I knew my Heavenly Mother had been by my side during my pregnancy, and I could feel her presence during those wee hours, too.

St. John Paul the Great implored us, “Turn to Mary most holy, your heavenly Mother; pray to her with fervor, especially by means of the rosary; invoke her daily, in order to be authentic imitators of Christ in our day.”*  We further learn from the Catechism, “‘The Church’s devotion to the Blessed Virgin is intrinsic to Christian worship…From the most ancient times the Blessed Virgin has been honored with the title of ‘Mother of God,’ to whose protection the faithful fly in all their dangers and needs…This very special devotion…differs essentially from the adoration which is given to the incarnate Word and equally to the Father and the Holy Spirit, and greatly fosters this adoration.'”**  Rather that detracting from Christ, true devotion to Mary always draws us closer to her Son. Our Blessed Mother was our Lord’s first and most faithful disciple; of course it would only please her to serve as a lens through which we see her Son more clearly.

If you haven’t yet embraced Marian devotion, may I gently encourage you to do so?  During this month of the Rosary, start small with just one decade, reflecting with Mary on one Gospel mystery, and gradually add in more decades.  I am not always faithful in praying the Rosary regularly, but when I do, I always find myself more at peace, and closer to Christ.

One Reply to “Mary, My Mother”