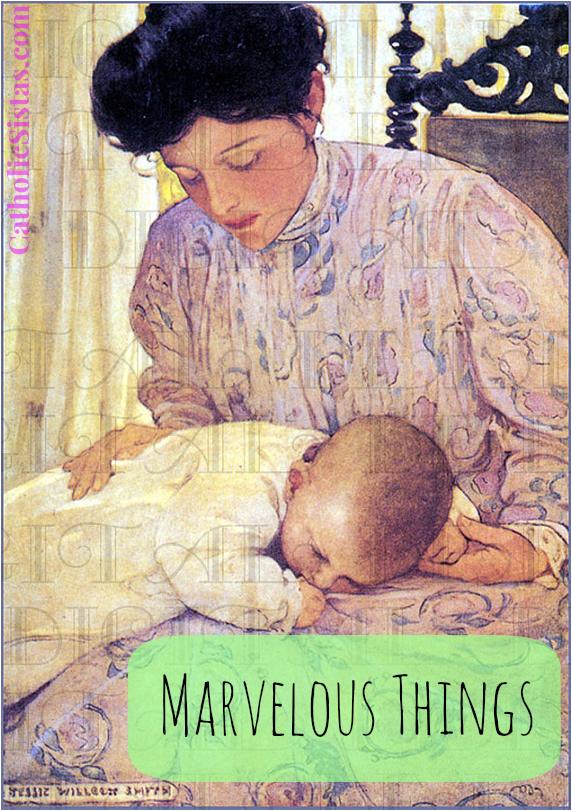 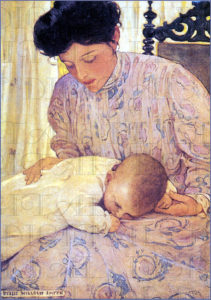 I settled down in my worn out wingback chair in the thin winter sunlight with our fourteen-month old, who wanted to nurse himself to sleep. Usually, another child with “Mom’s nursing and can’t move” radar sidles up to me with a book to read, a math problem to solve, or some scientific phenomenon to report. This afternoon, however, I was curiously unapproached. Not wanting to draw attention to myself, I glanced around as nonchalantly as possible. All were happily occupied in various other corners. I sunk down into the chair with a (very quiet) sigh and looked down at the son in my lap.

He was big now, his chubby legs hanging over my own onto the arm rest. He still grasped my thumb just like his newborn days, though, and his eyelashes still glowed in golden half-moons on his round cheeks. I stared at the boy as I did in those magical first hours and days after his birth and marvelled at him. “Oh Joseph, I don’t stare at you nearly enough,” I whispered. He half-opened his eyes and looked sideways at me for a split second before the effort overtook him and he sank back into that drowsy, nursing oblivion so dear to mothers.

A smile caught in my throat and I was overcome with the desire to hug him tightly and rock back and forth while breathing in his smell and whispering to him of my love. He was sufficiently asleep at that point to withstand such a dance and remain dreaming.

Babies are wonderful. They sometimes make us stop doing important things like homeschool and housework, for a bit of time to do marvelous things like contemplate and connect. Hug and dance, too. Soon he would join his brothers and sisters in our home’s happy chaos, but for a few precious minutes we were tightly bonded again, with nothing else to do but be. Who knows what tomorrow will bring; right now we are here, being. And it is marvelous. 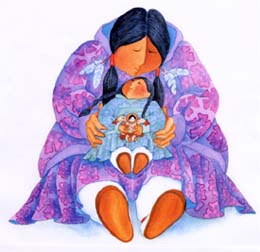 One Reply to “Marvelous Things”