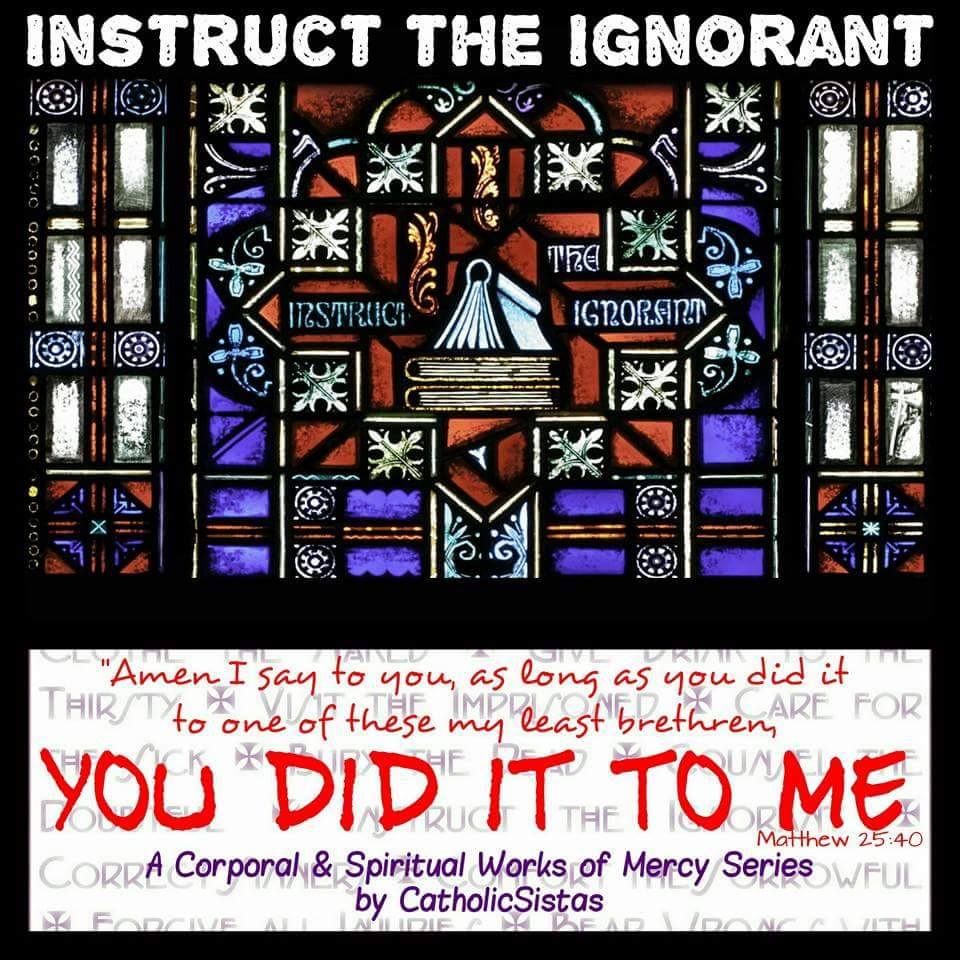 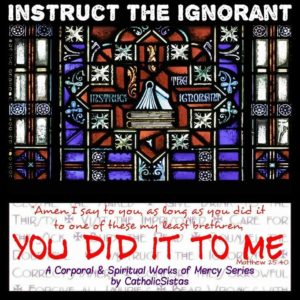 Ignorance is “a state of being uninformed. The word ignorant is an adjective describing a person in the state of being unaware and is often used as an insult to describe individuals who deliberately ignore or disregard important information or facts.” Wikipedia.

Instructing such an individual smacks of condescension and has a patronizing air to it.  However, ignorance is truly based on lack of understanding.  When we are instructed to teach those who are uninformed, there is no ill intent involved or self-righteousness, just true concern for those who would benefit from the Truth as we know it.

I am a teacher.  My profession is based on instructing the ignorant.  In my discipline, writing and literature, it is important to model how my students must do things in order to succeed. In spiritual matters, it is no different. We cannot instruct without modeling. Modeling, in this way, means instructing ourselves and never forgetting that we too are ignorant.  There is always something to learn. Once we come to this realization, the condescension goes away and we are left with genuine concern for each other.  This is how we accomplish the true Spiritual Work of Mercy.

Apologetics is an important skill to possess, and it is indeed a skill. Defense of one’s faith is a crucial act, one that allows explicit and frank discussion without fear.

Fulton Sheen famously explained: “There are not more than 100 people in the world who truly hate the Catholic Church, but there are millions who hate what they perceive to be the Catholic Church.  ….As a matter of fact, if we Catholics believed all of the untruths and lies which were said against the Church, we probably would hate the Church a thousand times more than they do.”

The ignorance of others places the onus on us.  We have a responsibility to instruct ourselves before we begin to preach the Word to others with confidence and authority and with inspiration from the Holy Spirit.

One Reply to “Instructing the Ignorant”