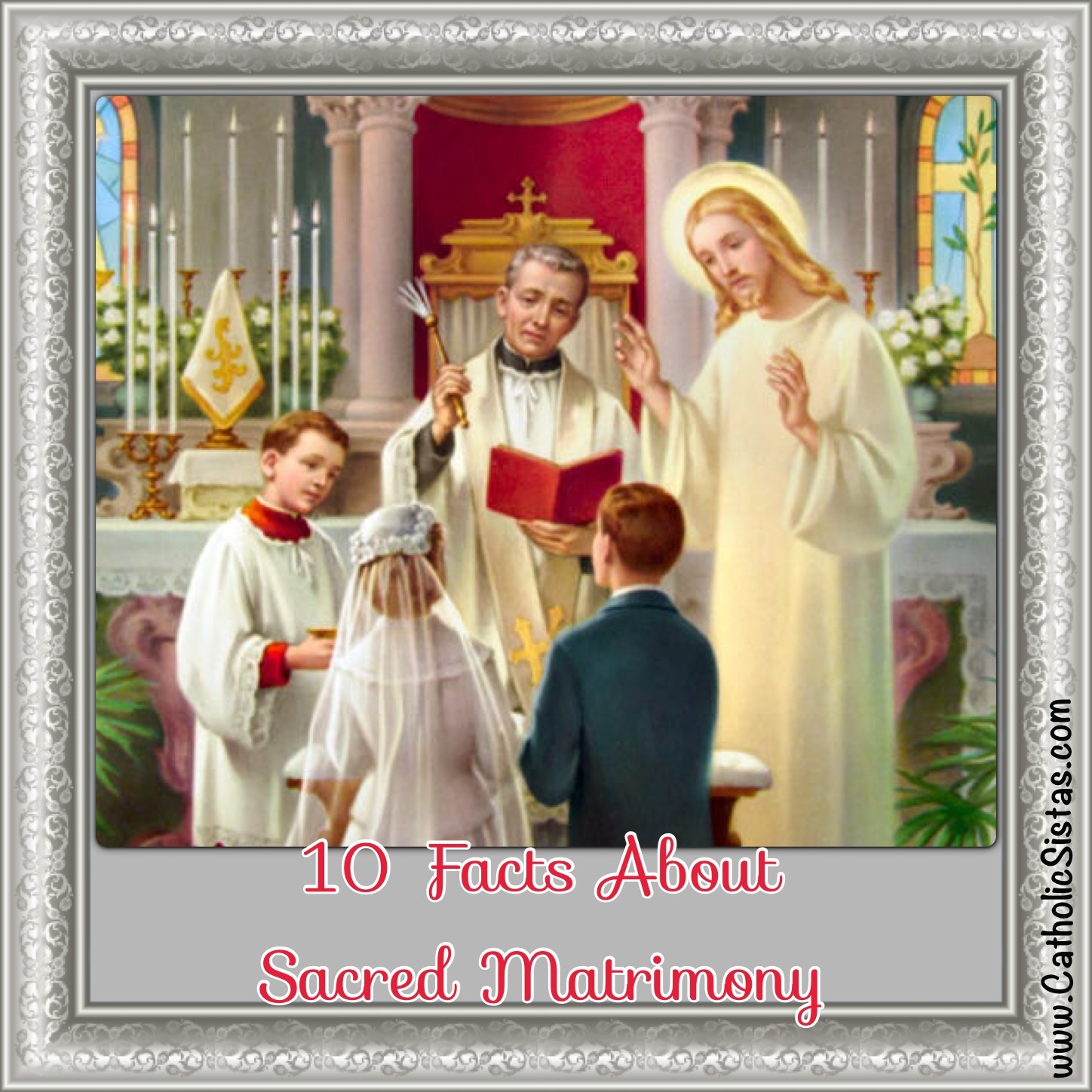 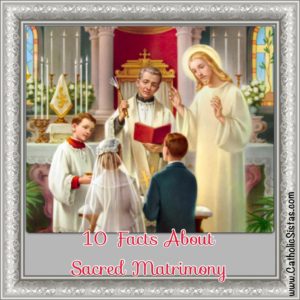 Matrimony is the Sacrament which makes a Christian man and a Christian woman husband and wife.  Holy Mother Church, in Her infinite wisdom teaches and guides us to a happy, healthy, and holy marriage.  These are not meant to be restrictive but, instead, to allow freedom and healthy lives for the faithful.  The Catholic Church also has requirements before Catholics can be considered validly married in the eyes of the Church.

A valid Catholic marriage results from four elements:
(1) the spouses are free to marry;
(2) they freely exchange their consent;
(3) in consenting to marry, they have the intention to marry for life, to be faithful to one another and be open to children; and
(4) their consent is given in the presence of two witnesses and before a properly authorized Church minister.

According to Canon Law code 1065, before marriage the couple should be involved with the Diocesan marriage prep procedure, and it is during or prior this time that the would-be spouses are Confirmed, if they have not previously received confirmation and it can be done without grave inconvenience.

1.  God instituted Matrimony for the special purpose of entrusting to the married couple the privilege of cooperating with Him in the generation of children and of caring for the souls and bodies of their children.  “May both she and her husband see their children’s children and live on to a happy old age, through Jesus Christ our Lord.  Amen.”  ~ The Nuptial Mass Blessing.  As stated in Mark 10:14, “Suffer the little children to come unto Me, and forbid them not, for of such is the kingdom of God.”  So it is a grievous sin for the married couple to prevent God’s special purpose of Matrimony.  The Sacrament of Matrimony gives husband and wife the gace to be faithful to each other and to bring up their children in the love and fear of God.

3.  The Christian man and the Christian woman who make the marriage contract are the ministers of the Sacrament of Matrimony.  “I take you to have and to hold, from this day forward, for better, for worse, for richer, for poorer, in sickness and in health, until death do us part.”  ~ The Marriage Promise.  The marriage couple freely and publicly bind themselves to live together faithfully until death, as husband and wife.  Therefore, the husband cannot during the life of his wife have another wife, nor can the wife during her husband’s life have another husband.

4.  Christian marriage is governed by the laws of God and His Church. The State may make laws which concern only the civil effects of Christian marriage; for example, property rights.  The State cannot grant an absolute divorce with permission to marry again, for the State has no right or authority to judge a valid marriage if one or both of the married couple is baptized.  “What therefore God has joined together, let no man put asunder.” ~ Mark 10:9

5.  For a valid Catholic marriage, the couple must be free to marry, freely consent to the marriage, and marry before the parish priest, or a priest delegated by him, or a permanent deacon, and in the presence of two witnesses.  If the couple fail to fulfill the requirements of a valid marriage, there is no marriage.   For a lawful Catholic marriage, it is further required that each of the contracting couple must be in a state of grace, be sufficiently instructed in Christian Doctrine, and observe the laws which the Church has made to keep marriage sacred.  ” We are the children of saints, and we must not be joined together like heathens that know not God.” ~ Tobias 8:5

6.  Catholics should marry at a Nuptial Mass and receive Holy Communion because the Church has appointed this Mass  to call down God’s blessings on the married couple.  “May the God of Abraham, be with you, and may He fulfill His blessing in you, that you may see your children’s children even to the third and fourth generation, and afterwards possess life everlasting, by the assistance of our Lord Jesus Christ.”  ~ Nuptial Mass Blessing.

7.  To prepare for a holy and happy marriage, Catholics should pray fervently that God will direct their choice of a life partner, seek the advice of their parents and confessor, practice virtues especially purity, go to Confession and Holy Communion frequently, and consult their pastor with enough time before the intent to marry.  “And the third day, there was a marriage in Cana of Galilee, and the Mother of Jesus was there.  And Jesus also was invited, and His disciples to the marriage.  My son, do nothing without counsel, and you shall not repent when you have done.” ~ Ecclesiasticus 32:34

8.  Catholics should try not to marry non-Catholics because such marriages sometimes result in loss of Faith on the part of the Catholic and in neglect of the religious training of the children.  The Church does sometimes, but always reluctantly and only for very grave reasons, grant dispensations from her law regarding these mixed marriages.  When the Church does grant them, she always insists that the non-Catholic party promise (sometimes even in writing) not to interfere with the Catholic life of the other party.  Also that both parties have all the children of the marriage baptized and brought up in the Catholic Faith.   Most priests would probably advise caution and clearly state expectations.  Of course, there is the idea and understanding that some mixed marriages will later turn out a convert.  So trying to stick to dating Catholics only might be a better idea just for the sake of simplicity.  Doesn’t mean it can’t happen the other way, of course.  {side note: I happen to know a couple whose mixed marriage produced two sons who are practicing Catholics, one of whom is a seminarian, and the non-Catholic spouse ended up becoming Catholic but it did take 22 years for this to happen.}  So, while it is ideal for couples to be  both Catholic, it is not unknown for there to be successful mixed marriages as long as certain expectations are observed from the beginning.***

9.  Some marriages prove to be unhappy because husband and wife married hastily and with unworthy motives.  They probably did not ask God’s help in this marriage difficulties and they also neglected the duties of their married life.  “Husbands, love your wives, as Christ also loved the Church.”  ~ Ephesians 5:25.  “Wives, be subject to your husbands as it behooves in the Lord.” ~ Colossians 3:18  There are situations where the Church issues annulments.  It should be made clear that an

annulment does not equal divorce, but is a declaration that a marriage never happened. Also, worth mentioning is that children of a marriage declared null are not considered to be illegitimate (we hardly speak of illegitimate children these days anyway, and probably for the better). You can read more information on annulments their process and the canonical reasons for them by visiting the Diocese of Cleveland.

10.  The practice of family prayers will bring rich blessings on married life.  As Blessed John Paul II once said, “the family that prays together, stays together!”  “May the God of Abraham be with you and may He join you together, and fulfill His blessing in you.”  ~ Tobias 7:15.

*** Since we’ve had so many comments regarding this point, I am adding the section on Mixed Marriages from the  Catechism of the Catholic Church.:

Mixed marriages and disparity of cult

1634 Difference of confession between the spouses does not constitute an insurmountable obstacle for marriage, when they succeed in placing in common what they have received from their respective communities, and learn from each other the way in which each lives in fidelity to Christ. But the difficulties of mixed marriages must not be underestimated. They arise from the fact that the separation of Christians has not yet been overcome. The spouses risk experiencing the tragedy of Christian disunity even in the heart of their own home. Disparity of cult can further aggravate these difficulties. Differences about faith and the very notion of marriage, but also different religious mentalities, can become sources of tension in marriage, especially as regards the education of children. The temptation to religious indifference can then arise.

1635 According to the law in force in the Latin Church, a mixed marriage needs for liceity the express permission of ecclesiastical authority.137 In case of disparity of cult an express dispensation from this impediment is required for the validity of the marriage.138 This permission or dispensation presupposes that both parties know and do not exclude the essential ends and properties of marriage; and furthermore that the Catholic party confirms the obligations, which have been made known to the non-Catholic party, of preserving his or her own faith and ensuring the baptism and education of the children in the Catholic Church.139

1636 Through ecumenical dialogue Christian communities in many regions have been able to put into effect a common pastoral practice for mixed marriages. Its task is to help such couples live out their particular situation in the light of faith, overcome the tensions between the couple’s obligations to each other and towards their ecclesial communities, and encourage the flowering of what is common to them in faith and respect for what separates them.

1637 In marriages with disparity of cult the Catholic spouse has a particular task: “For the unbelieving husband is consecrated through his wife, and the unbelieving wife is consecrated through her husband.”140 It is a great joy for the Christian spouse and for the Church if this “consecration” should lead to the free conversion of the other spouse to the Christian faith.141 Sincere married love, the humble and patient practice of the family virtues, and perseverance in prayer can prepare the non-believing spouse to accept the grace of conversion.

11 Replies to “10 Facts About Sacred Matrimony”