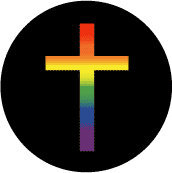 This is the first in a 2-part series. The second part will be published next Thursday, May 10.

Fleshing out the teachings of the Catholic Church is like turning around an aircraft carrier: it’s done slowly and methodically, taking considerable time and care. And she typically only takes on that task when her teachings are under attack. Take contraception, for example…for nearly 2,000 years, “Contraception is immoral” was sufficient for most Catholics to eschew it.

Then the Pill offered couples easy, reliable family planning and suddenly, the Church’s teaching seemed inadequate. Especially when compared to secular feminism and humanism, which touted contraception as the enlightened path to equality for women, more satisfying marriages, and stronger families.

The Church caught up–eventually–with God giving us the profoundly beautiful teachings about conjugal love through John Paul II’s “theology of the body,” as well as modern natural family planning methods that are scientifically proven to be as effective as the best hormonal contraception. Catholic couples today are blessed that they have not only the means to be faithful to Christ, but plenty of compelling reasons to be, too.

We see the same thing happening today with same-sex attraction (SSA). Until now, the Church’s concise teaching was enough: “Basing itself on Sacred Scripture, which presents homosexual acts as acts of grave depravity, tradition has always declared that “homosexual acts are intrinsically disordered” (CCC 2357).

The Church also says that “This inclination…constitutes for most of them a trial. They must be accepted with respect, compassion, and sensitivity. Every sign of unjust discrimination in their regard should be avoided.” But for many people, the call to compassion is hollow. Why? Because this is what they really hear the Church saying:

We’re sorry you aren’t attracted to the opposite sex. We’ll pray for you to conquer these filthy desires. Sure, you’ll be lonely and miserable for the rest of your life if you’re celibate, but what’s a little suffering to gain heaven in the end?

Then there’s the secular world, which for the most part accepts and even celebrates SSA, claiming the orientation is so innate that it’s analogous to skin color. (And what kind of unenlightened bigot could fault a person for simply being who they are?) The world says homosexual acts are just another normal expression of human sexuality. These messages are more palatable to folks, especially to those who actually struggle with SSA and its stigma. The secular world seems so much more, well, loving and compassionate than the Church does on this issue…so much more enlightened. It’s not, but it’s the perception that’s killing us.

I understand this better than most because I’m a practicing Catholic and I live with same-sex attraction. I’ve known and loved many souls who struggle with it, too. Some of whom are trying to live as faithful Christians and others who live an openly and unapologetically gay life. If what the world says is true, then it’s easy to understand why so many with SSA reject the Church’s teachings. Who wants to be celibate–and thus, alone and miserable–for the rest of their life?

If living a lonely and miserable life was the only way a person with SSA could be a faithful Catholic, I’d probably have jumped ship long ago. But that’s not God’s plan for us. Instead, God’s plan is so simple, so elegant, that it escapes the notice of even most Christians:

God wants nothing less than the deepest, most profound communion with his creatures. But for a culture that thinks almost exclusively in physical terms, the only relationship worth seeking is the one that ends in sexual union.

Let’s be honest with ourselves, though. We seek the physical union because we hope it’s the means by which we’ll achieve the spiritual union. We intuitively know that the most sublime joy we can experience is spiritual, not physical. Would any of us suggest that a mother’s overwhelming joy at seeing her new baby for the first time is on par with savoring a good steak dinner? Or imagine that any sensory pleasure could compare to a father’s happiness at seeing the son again that he thought had died in the war, alive and well before him instead? The same is true of marriage. We don’t marry because we want a sex partner at the ready for the rest of our days; we marry because we want to share our soul with another soul. The physical part of the relationship–in healthy marriages, anyway–is simply the most intimate way we express that spiritual connection.

What every human person seeks–regardless of sexual orientation–is spiritual intimacy. We want to love and be loved by the other unconditionally, with such intensity that it scorches the soul. We want this:

Late have I loved you, O Beauty so ancient and so new; late have I loved you! You were within me, and I was outside; and I sought you outside and in my loneliness fell upon those lovely things that you have made. You were with me, but I was not with you…. You called me and cried to me and broke open my deafness; you sent forth your beams and shone upon me and chased away my blindness; you breathed your fragrance upon me, and I drew in my breath and now I pant for you; I tasted you, and now I hunger and thirst for you; you touched me, and I burn for your peace.

Would you be surprised to know that St. Augustine wrote this about God more than 1500 years ago? Most people are. God, of course, desires this intimacy even more than we do, which is why he pursues us so relentlessly, no matter how many times we reject him. Even those of us who love God and are engaged in vibrant friendships with him can only dimly comprehend the depths of his love for us:

Is it a small thing in your eyes to be loved by God…to be the son, the spouse, the love, the delight of the King of glory? Christian, believe this, and think about it: you will be eternally embraced in the arms of the love which was from everlasting, and will extend to everlasting, of the love which brought the Son of God’s love from heaven to earth, from earth to the cross, from the cross to the grave, from the grave to glory, that love which was weary, hungry, tempted, scorned, scourged, buffeted, spat upon, crucified, pierced…which fasted, prayed, taught, healed, wept, sweated, bled, died. That love will eternally embrace you. (English poet Richard Baxter)

The person with SSA yearns for love because he is made for love; we all are. But the love God plans for those of us who suffer SSA looks nothing like the world imagines it to be.

Please join us next Thursday for Part 2, in which I explain why same-sex attraction is a sign of God’s special favor.