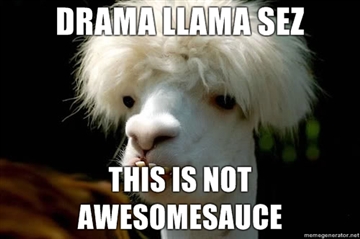 Last time, I went over a few key steps in improving communication online. As I started writing and thoughts poured out for the first installment on How to Avoid Internet Road Rage, it quickly became evident that the topic was much more broad than I had anticipated. Let’s continue where I left off last time, shall we?

So, there you have it! You are ready to tackle the comboxes with renewed enthusiasm and you will never make any mistakes, right? 😉 I know these days, I am rarely that invested in a topic anymore – many, many, MANY minutes/hours/days wasted on what usually amounted to fruitless arguments led to the ability to detach myself from pointless emotions. In fact, one glance up from my computer to look at all the crayons strewn about, Mt. Washmore staring me down and hungry kids pecking on the floor for scraps of food snap me back to what is more important. Cleaning! No, the kids. Wait. Kids who clean?

In my next installment, I will venture into no-man’s land by talking about parenting ::DUN DUN DUN!!!!:: teenagers online {said in loud ominous voice – start your prayers now, folks!}. Recognizing that I was also a teen at the time of the birth of the public internet, this should make for an interesting topic. Until next time, friends!