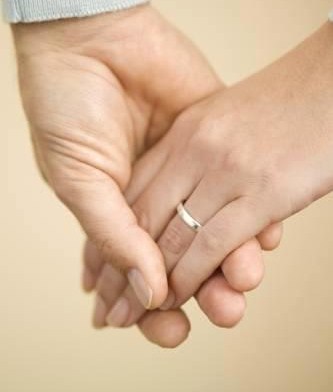 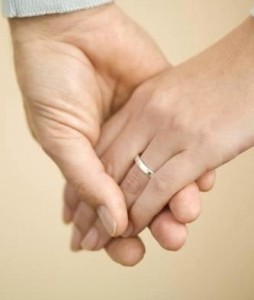 I don’t profess to be an expert on what makes a marriage work. I haven’t been married terribly long; I don’t have a PhD in marital counseling and I haven’t had the privilege of seeing many strong marriages in my life. I do not remember much of the time when my own parents were still married, they divorced when I was about 8 and the memories I do have were of anything but a harmonious marriage.

When I was in my early 30’s I came to the revelation that even as a parent, I was pretty clueless about both parenting and marriage. I had seldom seen parenting OR marriage done the right way. I HAD saw dozens of relationships crash and burn. I witnessed people who should have been looking out for the best interests of their family instead focus on when and where the next party was rather than working on being a good parent and spouse.

When I was younger, and I’m going to include my 30’s in this time frame, I had few very firm ideas of what I DIDN’T want in a marriage. Here are a few of my former brilliant concepts, and how I think now, after almost two years of marriage to a wonderful, kind, considerate, loving husband and father.

1.) I would NEVER be one of those women who have to ask my husband ‘permission’ to do something, to say, ‘I have to see if it’s okay with Frank’.

I recall the first time I heard a woman say this when I was a teenager and I was absolutely appalled, after all-what woman would possess so little self-respect and dignity that she would have to ask her husband’s consent for something as simple as going swimming???? Fast forward to my married life-wow, I was really such an arrogant, unmarried fool. Now I see this as a mutual respect between spouses. I would not think of agreeing to go anywhere if doing so would or could cause my husband inconvenience and I know he feels the same. We love each other enough to always be cognizant that the other should be included in certain plans that we make.

2.) I wasn’t going to give up what I enjoyed, just to make my future husband happy. 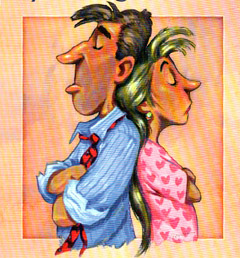 After all, isn’t that what the media and today’s society teach us, that we should be selfish, even after we have promised to bind our life to another’s?

When we married, we truly did (gradually) become one. We were both in our 40’s and we acknowledged that it would probably be very difficult for us to incorporate the wants, needs and quirks of another person in the lives we had lived alone for so long. I am happy to say that we were wrong, about this: in fact, joining our lives together seemed to happen naturally (though there were a few bumps in the road.) The way we thought changed, the way we made decisions grew to encompass not just ‘me’, but ‘my husband/wife’ as well. I believe that opening oneself up to see beyond one’s own desires and needs and include your spouse’s desires and needs on an equal level, or a HIGHER level is a truly beautiful part of being in a marriage. It is a loving sacrifice which every dedicated spouse embraces. Do you recall when you were a teenager and you were on the phone with the crush of the week? You are getting ready to hang up but neither of you wants to be the one to break the connection.
Her-‘You hang up.’
Him, ‘No, YOU hang up.’
Her (giggling, of course) ‘No, YOU hang up’…you remember how this goes…

Marriage has become like this for Frank and I. We engage in dialogues in which we both are insisting that we do what the other wants. We both want sincerely to make the other happy, even if it means giving up something we personally enjoy in order for the other to have what they would like. I would surmise that the joy of making the spouse happy surpasses the joy of having our own way. That is how it should be!

3.) The good Catholic wife must be obedient to her husband. This was the BIG ONE for me. I had a number of failed relationships with men I did not respect so there was NO WAY I was going to be an ‘obedient’ wife.

I scoffed at this idea-how could I possibly demean myself; lower myself to be obedient to a man? Why should I be the one of whom this is required? The devil truly did a dandy job of making me hate this idea, though I do have to take the credit for how this came about. I was the one who chose to become involved with men who had nothing in common with me spiritually or morally. How could I possibly have expected myself to respect someone like that? God led me to a man who I not only deeply love, but who has earned my respect in more ways than I can count. I pray constantly that God gives my husband the grace and wisdom to lead us and our children in holiness and down the path in life which He wills. Then, I let go of my internal struggle and I placed my complete trust in my husband’s hands. After all, I married this man. I promised to love, honor and obey him. If I had enough faith in him to bind my life with his until one of us dies, surely I can offer him my trust that the decisions he makes as the Head of our home will be in our best interests! Thus far in our marriage, we have agreed on major decisions but when we have found ourselves at odds on minor decisions, I swallowed my pride and reminded myself that I trust and love my husband and this is how I show it. 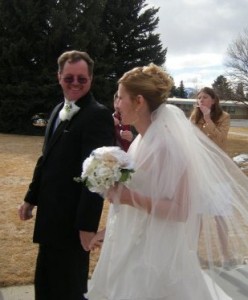 I’m tired of watching the way spouses are portrayed on television and even in books. There is a level of self-centeredness present that makes it absolutely impossible to have a successful marriage. I believe that marriage involves more than living in the same home, enjoying marital relations and being monogamous. It is about wanting to grow together, in the same direction when possible, and to always, ALWAYS make your spouse and your marriage your first priority after God. If they would show THAT kind of marriage on television and if children were to grow up seeing their parents enjoy this kind of marriage, I believe our entire society would benefit in more ways than I can count.

8 Replies to “What I learned about marriage.”