While I find the “I am Mormon” campaign a little quirky, I also get it. The billboards, the t-shirts, the commercials are all trying to let people know that normal, regular people are also totally serious about their religion.

I am Catholic…to my core, to the innermost part of my being. I am Catholic. I love Jesus, and I love His Church, and I am trying to glorify Him in this life. I fail and fall on my face frequently, but by His grace, I keep trying.

When we first started talking of marriage and family in the early 1990’s, I was very new to this idea of “I am Catholic.” I was more of an “I go to church Catholic.” During our time in college, we started meeting young families who were taking their Catholic identity and applying it to every aspect of their lives. Their fertility, their finances, the education of their children; nothing was off-limits for God. This kind of faith inspired and excited my husband and me!

All of the choices regarding education were intriguing to us. I myself was a product of public school, and while I had a good experience, I also was keenly aware of all the negative aspects that penetrated the corridors and classrooms of public schools in suburban America. My husband was also a product of public school and doesn’t think back fondly on his experience. More positively, we loved the idea of learning with God at the center of all subjects. How gratifying was the idea of our children studying Theology, going to Mass, wearing uniforms, sitting in small classes with teachers who shared our values.

Fast forward 17 years and you will find that all 5 of our kids attend public school. Some of our children attended Catholic school for a few years, and I homeschooled some of them for a few years, but for the last 7 years, all of our kids have been in our neighborhood schools. Why? Truthfully, our kids are in public school because we think that is where God wants them. Homeschooling was not a great fit for our family, and we just plain couldn’t afford Catholic school. For 14 years we felt it was incredibly important for me to be a full-time stay at home mom, and also be open to life. These choices richly blessed us, but didn’t leave us with much extra income.

More importantly, we think God actually wants our kids on the frontline. As a mom, this isn’t where I really wanted my kids to be. Soldiers on the front line get tired, wounded, and sometimes killed. “Yeah, I think I’d rather mine be in the back, if you don’t mind God.” However, every battle needs these front soldiers. He likes to remind me that “my” kids are actually His first. He has a great and mighty plan for their lives, and He loves them more than I do. Almighty God desires for my kids to be Catholic even more that I do. He wants them to be Catholic by allowing them to be tested and molded at very young ages. He also wants to use them to bring more souls to His mercy and to teach them to find beauty where it seems hidden.

Our oldest daughter thrived during her elementary and middle school years. She is very smart and has a bright and amiable personality. She also really loves Jesus and is Catholic…to her core. She loves her faith and loves to study about it. She even loves the idea of helping other Catholics to fall in love with Jesus. She wanted to be like St. Peter who preached to his own. My daughter also sees the world in definite black and white. She doesn’t have the life experience yet to see that while the God’s laws are certainly black and white, God’s mercy is inexhaustible. He understands every shade of grey and has mercy to cover it. Seeing so much grey during her freshman year in a class of 800 began to wear her down a bit, and she was yearning for a change. We told her that we would look into the Catholic High School, and that if God wanted her to go there, He would show us how. By our computations, Catholic High School is completely out of our financial means. So she was accepted and we started the financial aid process. Asking for money isn’t something we had ever done before, so that was quite humbling. We were expecting that we would receive a number that would be lower than what we felt we needed, but we asked God to make it clear for us.

The Lord, in His goodness, revealed to me that I wasn’t mad at some arbitrary board. I was mad at Him because He hadn’t given me what I thought we deserved. Ouch. Falling on my face is painful. Thankfully, Jesus is not short on mercy, and He helped me to get a grip before I talked to my daughter.

It just so happened that the next week, my daughter had an early morning doctor’s appointment. She wondered if we could go to Confession and Mass before her appointment. The only Mass time that we could make was at the Parish that neighbors the Catholic High School. As we pulled in, I fessed up and told her that God had made it clear that this would not be her school, and she responded with a disappointed, but understanding attitude. I had underestimated her maturity.

Even more, I had underestimated God. I sat dumbfounded as the Priest recounted the conversion of Saint Paul. Saint Paul was sent to convert the Gentiles, and my daughter was being sent as well. During the Homily the priest said, “You have been chosen. You want to sit here mesmerized by Jesus in the monstrance, but you have to go out and serve.”

Seriously, these were the readings, this was the message.

Our kids are in public school because God wants them there. My daughter was given a renewed sense of vision and purpose. My husband and I were given hope. God sees us. He knows what we are doing, and He is with us. He loves our kids more than we do, and He has a mighty plan for them. They will be the salt and light. Our job is to train them for the battle, to do everything we can to guard them, to mend their armor, and yes to tend to their wounds when they are hurt along the way.

So… we are Catholic. We trust in Jesus. We seek to serve whomever He wants us to serve, and we seek to find beauty in all things, even in the hallways of the public schools. 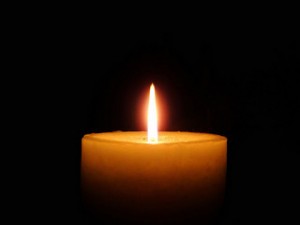 14 Replies to “The Frontline”