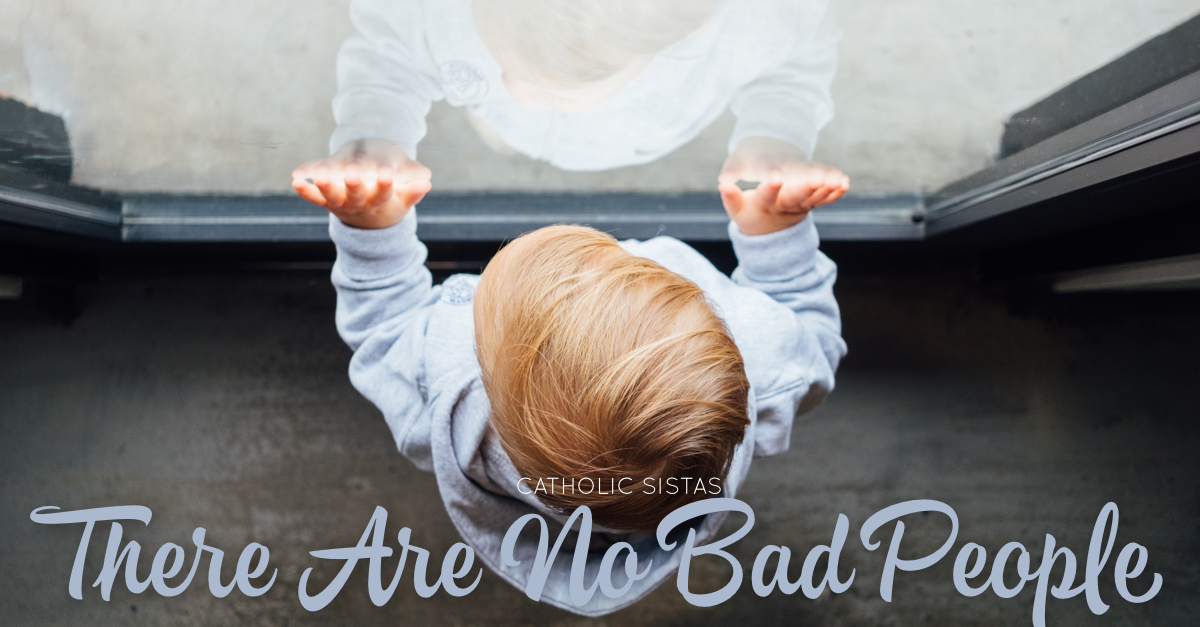 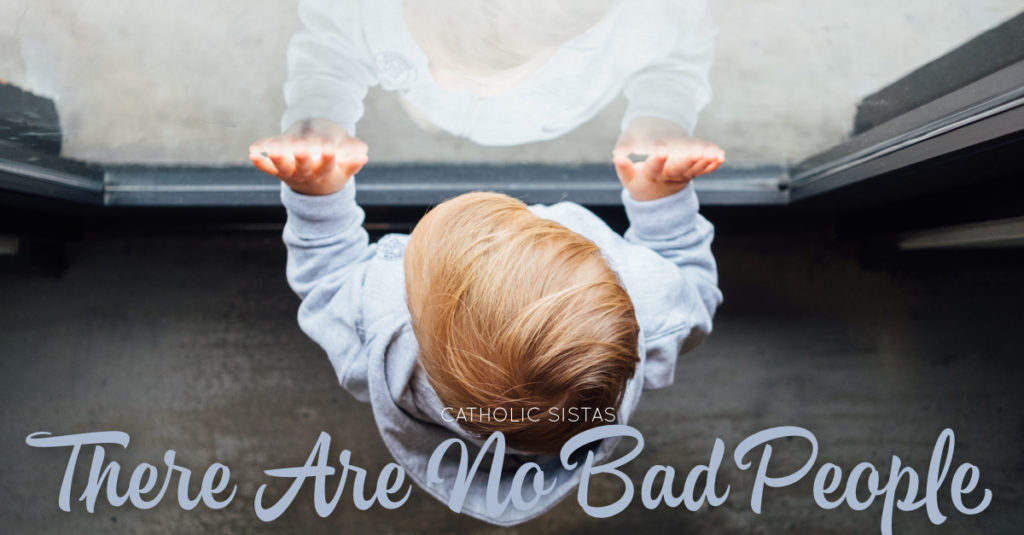 Looking through the rear view mirror of time, I can still see him as clearly today as I did nearly two decades ago. His sweet little toddler feet dangled ungrounded in the car seat. Surrounded by blue velour padding and securely strapped in according to the highest safety standards, he sat two rows behind me as we hurtled down the highway.

“There are no bad people, Mommy!” he protested adamantly.

In his short little life it was already an old argument. “You must not wander away from me in public, Sam, it’s simply not safe.” He was the most curious of children and after being strapped in his car seat I often relented to his refusal to be strapped into a shopping cart. A trip to Target contained both the stuff of my most beautifully ordered dreams and the most hellish of mommy nightmares.

He simply couldn’t understand why it was dangerous to wander off unaccompanied. Rules alone were no longer enough to restrain him; he wanted reason. Finally I broke down and blurted out, “There are bad people in the world, Sam!” For the record, if I had it to do over again I would respond differently.

I might as well have stripped the comfortable blue cushion from underneath him. “No!, he cried, “There are no bad people, Mommy!”   Immediately I felt guilty for shattering his safe little existence and worried, the way only first time mothers can, that I had psychologically damaged him beyond repair; that the entire shape of his view of reality had been permanently and negatively altered.

Nearly two decades later and having, so far anyway, safely raised my son, I consider the truth of his words. The black and white world of childish dreams and mommy nightmares has faded into grey and I contemplate the declaration of the purely innocent: “There are no bad people.”

It sounds crazy, I know, I watch the news. I see evidence to the contrary in the world around me. “Some men just want to watch the world burn,” said Batman’s butler.  He is a better friend than Job’s. Sometimes there is just no explaining evil.

And yet I try. A safe distance from personally experiencing such evils I can afford to contemplate that there are no bad people in the world. In an attempt to explain man’s evil choices I consider that there must be some terrible pain the perpetrator is suffering which they are compelled to manifest in the world around them in order to reconcile their reality. Either that, or something has biologically gone horribly wrong–while they can and should be prevented from inflicting evil, they are truly insane and therefore not free; they cannot be morally responsible for choosing their own actions and understanding consequences.

There are no bad people; I want to believe it. God makes everyone good. There are only people who confirm who God created them to be by freely choosing what is good, and people who don’t know or have forgotten who they really are. And here’s the rub: we all fall into both categories everyday. At some point my choices will warrant judgment on the state of my soul, but God alone reserves this right, and even so, he gives me to until my dying breath to make the right choice.

I don’t know if I could be so generous if I, or God forbid, my child, were on the receiving end of such evil. The pettiest of offenses are often stumbling blocks for me. I find it supremely difficult to fathom the love and mercy of an all powerful God who would forgive someone who brutally murdered His son; A God would pray for those who nailed him to a cross. “Forgive them” he begged his Father on their behalf, “they know not what they do.”

And yet that is precisely what I am called to do; to travel the high road of Calvary and so to participate in the redemption of the world. To bear witness to the unconditional love of a God who would shoulder others’ pain, acknowledging and carrying it in such a dignified way that the injustice can be clearly seen, inspiring those who witness it to join in carrying and correcting it. It is the work of the Body of Christ. God help me.

Identify and acknowledge good things in those around you, especially those who you are tempted to label “bad.” Practice forgiveness; it is in giving that we receive.

God help me to see the good in all people and to call it out, even (especially) when they don’t seem to see it in themselves.  Give me the strength to stand up to injustice, and the wisdom to respond by refusing to return insult and injury. Help me to be courageous enough to follow you when doing so means suffering.