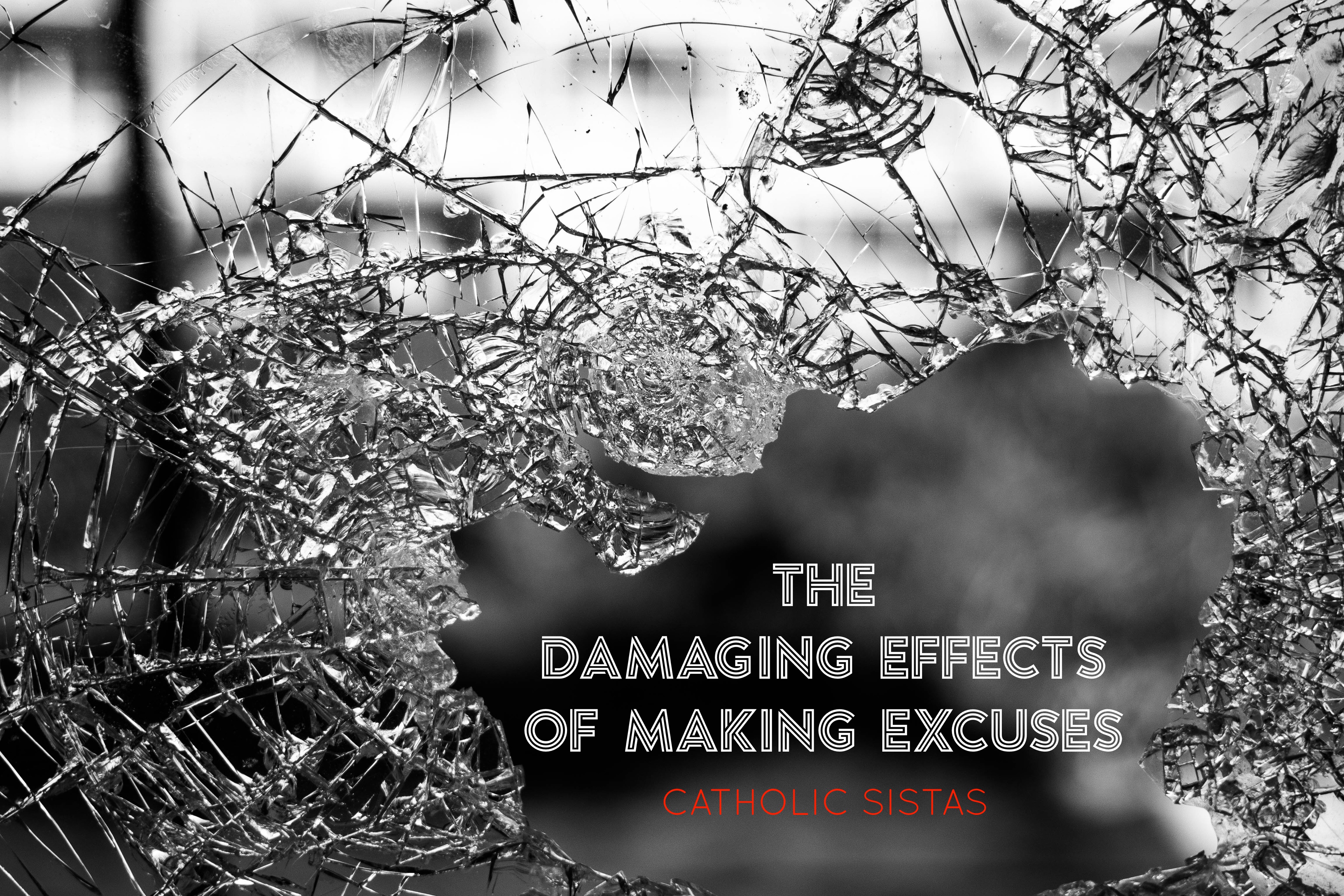 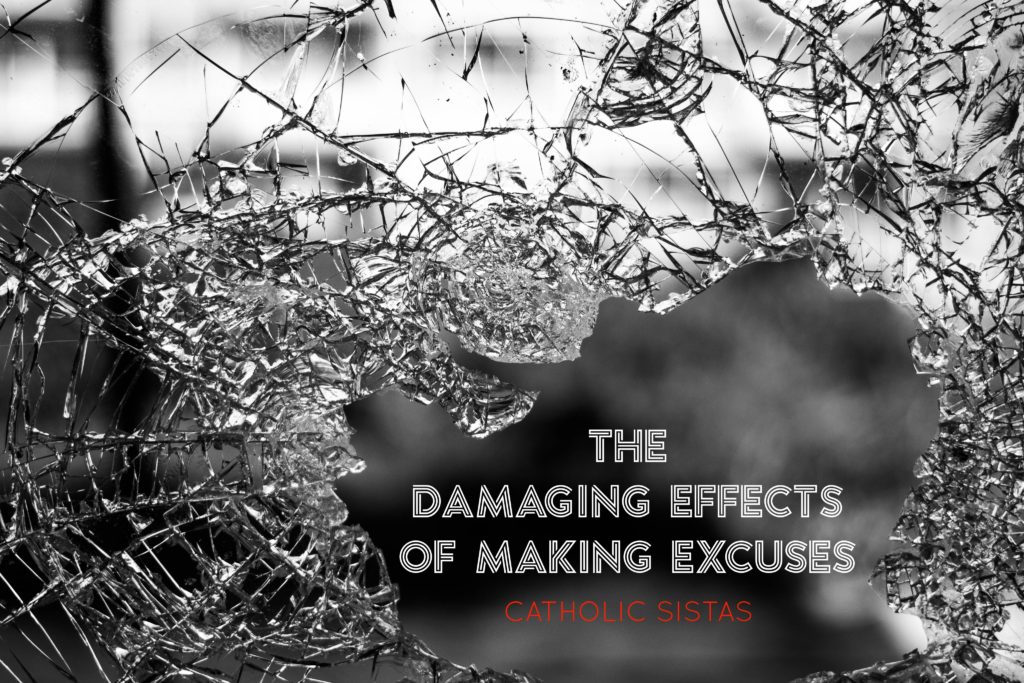 We’ve all been there a time or two (or more in one day, I’m guessing). Making excuses tends to delay the inevitable. But what exactly IS the inevitable?

This topic first came to me recently in a series of life-changing events for myself. Through conversations with others in an effort to understand more, I began to notice this pattern was common in other folks as well.

So, what is an excuse? There are quite a few definitions, but the one I want to focus on for the sake of this post is the following:

I recently wrote about my 18 year old nephew Brendan and the effect his death had on me. I searched for a meaningful way to honor his life and remember him after he died. For me, it was the one thing I hated – running. I mentioned in that post how I lived with and loved my excuses. Why I couldn’t work out or didn’t like it. I guess you could say my desire to honor him was far bigger than any pathetic excuse I could make up. And so I began my journey from walking three miles a day to running three miles a day.

It was because of that turning point in my life that it didn’t just stop with committing to daily exercise. No, it was just the beginning. Just after prayer for the souls in purgatory and offering up that suffering for them, running opened up new ways of thinking. I would often find myself thinking of things that aggravated me while running. It wasn’t that I could do something about it in that moment, but rather, the running itself became an outlet towards frustrations, some of them unsolvable. I would often hop off the treadmill feeling a sense of gratitude for the ability to “vent” in an unusually satisfying way. No longer were tensions, well, tense; but rather they didn’t seem to occupy my mind the rest of the day in the same way.

Running has given me the gift of problem solving stresses and stressors in my life. And because of that, it paved the way for me to address the biggest surprising problem in my life – excuses.

There was one aspect of my life that I came to realize that I allowed myself to become comfortable. It was what led to thinking excuses were normal and somewhat necessary in terms of self preservation. It, in my erroneous thinking, became justified in order to retain some semblance of dignity.

I made the hardest decision of my life to finally face my own elephant in the room of my soul.

Too often, as life events would unfold in my life, I would do one of two things:

The sad thing is, it didn’t have to be the second option at all. I found I would often become very guarded about the situations that were ignored. They became far bigger in my head and rented more mental space than they should have, all because I did not tap into any means of real healing.

Then one day I had an epiphany. Was it coincidental that it came about when I decided to pray a 54 day novena to St. Joseph? Did God know my soul was tired of where I was and used the novena to bolster me to a new level of self awareness? Or was it simply that I had become worn down with the way things were and could see the writing on the wall?

Or was God using spiritual, mental, and physical means to let me know it was time for a change? Only time would tell.

I remained resolute as I took inventory of past situations in my own life. The focus became less about being on the receiving end and more about how to respond. How had I responded? How could I respond going forward? What would be the tell-tale difference between the two?

I began to journal and talk things through, which led to uncovering answers. Hope began to emerge. I knew what needed to happen next.

Seeking or giving, I found that forgiveness had not been given any place to take root in the most important relationships in my life. Excuses had snuffed out any potential for forgiveness in my life, on both ends. For the first time in my life, I realized the crucial role forgiveness plays in our lives. We are commanded to forgive, but how many of us know how to forgive?

We know that there is a Biblical directive to forgive one another, but what that looks like varies from person to person. The following are my suggestions for active forgiveness based upon my own personal situations and can be easily expanded upon.

Of the two, this one was the harder for me to hone in and finesse into something workable on an everyday basis. If this is the same for you, please know that this is a process. Don’t expect to be able to ask for forgiveness right away. It is an experience that requires a great deal of self awareness, empathy, sympathy, and humility.

We’re all different in how we approach the one we’ve hurt, but there are some key points to remember, no matter how you choose to seek reconciliation.

Don’t wait until a tragedy hits your family to seek forgiveness. Likewise, don’t let your pride get in the way of saying what needs to be said. Sweeping hurts and wrongs under the rug, just makes for a really strange room with a huge lump in the rug. Silence can be deafening. Yes, some issues can be left unaddressed (provided they are small issues), but repeated or big offenses need to be addressed swiftly and with Christian charity.

Whatever side you land on, know that if you have taken prayerful steps to discerning how to go about forgiving or being forgiven, you have made taken a huge step in making things right in those relationships. This is especially important in the closest relationships we have: as children, as parents, and even with our spouse. These are the relationships to continually strive to seek peace. Even if all you can do is pray for those relationships, do something that adds to the healing.

You won’t regret the time you put toward those relationships.

One Reply to “The Damaging Effects of Making Excuses”