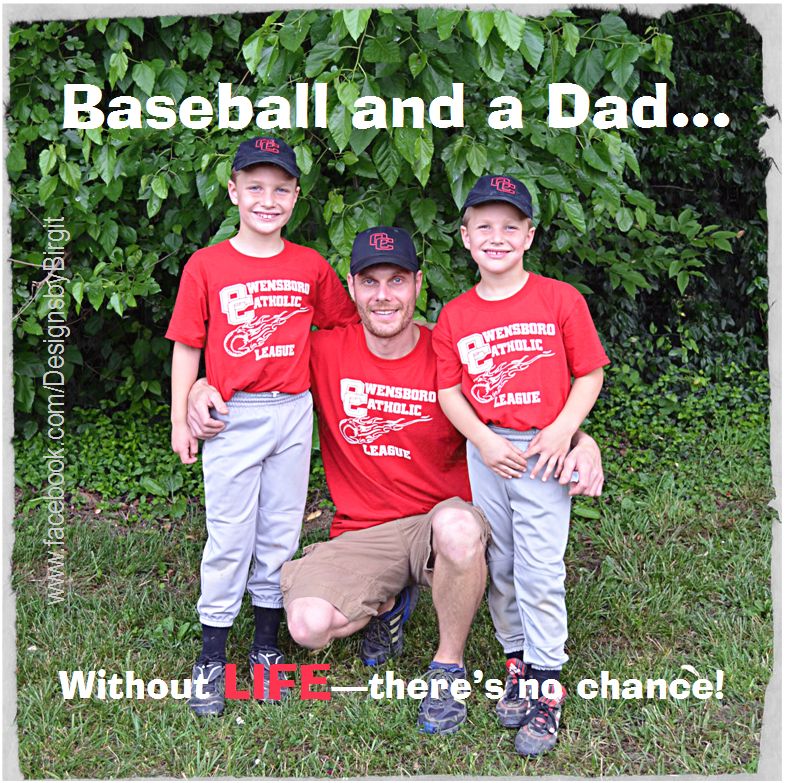 Recently I revisited my pro-life testimony which was originally shared here. Not that something this huge – so early in life -can ever really leave your consciousness. When you conceive a baby in rape at the tender age of 14, the repercussions follow you no matter where you are. That I was born to some pretty spectacular parents is evident. After hearing my story, people often remark how amazing and strong I am/was. What they don’t realize is that I deserve none of the credit – my parents walked the walk of their Catholic faith when the situation presented itself. I was simply lucky enough to be their daughter. Without their support and help, neither of us would be where we are today – and neither would our families. What I can take responsibility for is how I deal with my experience and how I use it for the greater good. 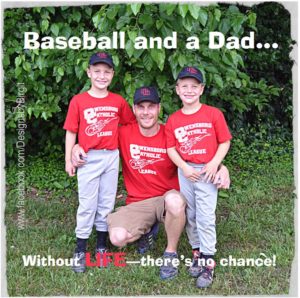 My husband and I recently went to a baseball game. My brother (son) was coaching the team to which his sons belong. It’s amazing to see a Dad of his caliber – in tune with both their physical and spiritual needs. He feeds their little boy desires – like baseball, camping, biking and such – but he also makes sure that they are spiritually fed. How can it be, that someone who could have wound up as a cast off through abortion in another family, can have such an impact on the world? As a member of the Men’s Club of his parish, baseball coach, and scout leader – he’s the epitome of what a father should be. Yet, with just a turn of fate, he could not be here at all…his sons would not exist.

Thinking in this way personalizes the picture of abortion for me. Those millions of faceless babies – represented by crosses, memes, or other pro-life tactics – could have been, should have been just as amazing. Could have, should have had the opportunities of equally fulfilling lives. They were each unique gifts from God – formed in His likeness and destined for greatness by their Creator. Yet the foolish and sinful choices of humanity erased them from this world – as if they never existed. What a crying shame for us all!

So what can we do, when we are faced with the enormous impact of  abortion? What about those millions of lives that have been cast off, never to dwell on this earth. Although there are many great pro-life efforts out there – each with their own impact and audience – I think that it’s important to think of these little people as individuals instead of as a group. They had unique features and talents. Their lives would have encompassed a myriad of gifts to the world – mother, father, priest, artist, scientist or just a plain ‘nobody’ who was mostly important to himself and his Maker. It doesn’t really matter if we would have liked them or not; if they were the ‘right’ color, race or creed, if they were beautiful or talented or if they were deemed important in any other of our flawed human terms. They were important in that they had life, they had likes and dislikes, physical characteristics, and needs. These little people would have grown up to be big people. People with jobs and relationships and gifts to share. They would have prayed for others and cared for others – yet they were denied even the most simple of chances. 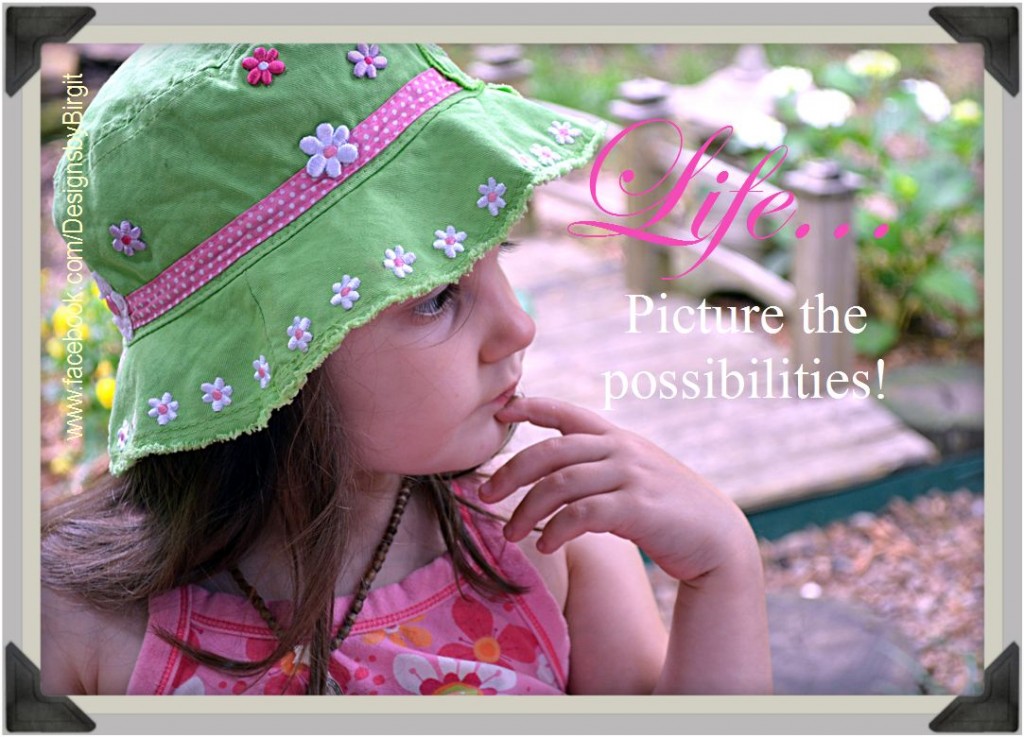 So the next time you need some encouragement to act out your pro-life inclinations, think of these millions as individuals. Imagine their lives, their stature, and their personhood. When we begin to put a face on the faceless masses, when we see each face instead of the entire crowd – perhaps that’s when they will matter enough to demand our very best. Maybe then we will give our all and feel that final push that throws off the awkwardness, shyness, or lack of resolve. How wonderful if we would all give these little people a face, so that we would have the courage to act fearlessly on their behalf!

One Reply to “The Aborted Generations – Faceless Group or Beloved Individuals?”