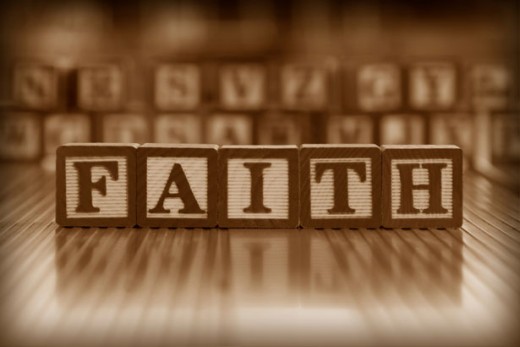 Though Christ never intended for His Body of believers to be divided, in the 495 years since the initiation of Protestantism, the battle lines have been drawn on a myriad of theological fronts, both Catholic vs. Protestant and Protestant vs. Protestant. One of the biggest, most controversial of these is found in Martin Luther’s five solas of the reformation: “sola fide”—justification by faith alone.

As an evangelical Protestant who served on both foreign and domestic mission trips, I was very devoted to this teaching. I would preach to both children and adults, “Once you receive Jesus into your heart and make a sincere promise to live for him, you will become a Christian. From that moment on, what you do or do not do will not affect your salvation; once saved, always saved.” This theology was so instilled in me that as God began to reveal to me the Truth that the Catholic Church is the one Church ordained and established by Him, divinely guided in all her Teachings on faith and morals, I found myself wrestling with my upbringing of faith alone versus the Catholic Teaching of justification through faith and works. I was even told by one of my spiritual advisers in my non-denominational faith community, to whom I confided my findings and revelations, “You do not want to be Catholic; Catholics believe that works get you to Heaven, and you know that’s not true.”

Indeed I knew it was not true that one can simply work their way into Heaven through their own merit; everything I had ever read in Scripture made this plain. However, I also knew from everything I had studied about the Catholic Church that she does not claim this either. Events in history such as the Protestant Reformation and the evolution of evangelical Protestantism have claimed the phrase “faith alone” and given it a new assumed meaning, causing the Catholic Church to use alternate terms such as “justification by faith and works” to differentiate. The fact remains, however, that Catholics believe in faith alone, but not the way modern evangelical Protestantism defines it. We subscribe to faith alone the way the early Church understood it, and the way the Church fathers taught it.

Though many of our evangelical Protestant brethren will deny the writings from the earliest Christians on the grounds that their writings are not Sacred Scripture, exceptions are often made to point out to Catholics that the Church fathers believed in faith alone. They have a point; the emphasis that the early Church fathers put on salvation by faith is abundant:

And we, too, being called by His will in Christ Jesus, are not justified by ourselves, nor by our own wisdom, or understanding, or godliness, or works which we have wrought in holiness of heart; but by that faith through which, from the beginning, Almighty God has justified all men; to whom be glory for ever and ever. Amen. (Clement of Rome AD 30–100)

I know that through grace you are saved, not of works, but by the will of God, through Jesus Christ. (Polycarp AD. 69–155)

No longer by the blood of goats and of sheep, or by the ashes of a heifer . . . are sins purged, but by faith, through the blood of Christ and his death, who died on this very account. (Justin Martyr AD 165)

And let us not forget St. Paul’s many inspired writings on faith as the key to our salvation:

For it is by grace you have been saved, through faith—and this is not from yourselves, it is the gift of God— not by works, so that no one can boast. –Ephesians 2:8-9

“and may be found in Him, not having a righteousness of my own derived from the Law, but that which is through faith in Christ, the righteousness which comes from God on the basis of faith.” –Philippians 3:9

Take note that in all of these early writings and Scriptures, the only time faith is compared against works is when the author is referring to works performed separate from a faith in Jesus Christ: works pertaining to the law of the Old Covenant or works performed with faith in man’s own effort and personal righteousness rather than works performed with a focus on Christ’s glory and man’s relationship with Him. Such actions are included in “faith”, the word used so frequently in early Christian writings. Faith, in order for it to be true saving faith, is not merely a state of the mind or heart but a verb—a word that entails action.

St. James reaffirms this early definition of faith in His own inspired writings.

What does it profit, my brethren, if someone says he has faith but does not have works? Can faith save him?  If a brother or sister is naked and destitute of daily food, and one of you says to them, “Depart in peace, be warmed and filled,” but you do not give them the things which are needed for the body, what does it profit? Thus also faith by itself, if it does not have works, is dead. –James 2:14-17

Martin Luther claimed St. James’ writings should not be included in Sacred Scripture because he felt they negated St. Paul’s emphasis on salvation by faith. However, with the understanding in place that the faith St. Paul, St. James, and the other Church fathers taught about encompasses works by its very definition, then one can see how the two letters harmonize with one another. St. Paul emphasized that works not motivated by the glory of Christ are meaningless in terms of salvation, and likewise St. James emphasized that an alleged faith in Christ marked by a professed belief will not produce saving graces if it is not accompanied by works for Christ.

The early Church fathers were the original teachers of “sola fide”, faith alone, long before the emergence of evangelical Protestantism attached an alternate connotation to the phrase. As Catholics, we follow the example of the Church’s earliest leaders and proudly embrace salvation by faith alone as Christ defined it. Faith is active participation in His mission: charity done in His name, worshiping Him in thanksgiving, and obedience to His spoken commands.

12 Replies to “Teachings of the Early Church Fathers: How Catholics Embrace “Faith Alone””