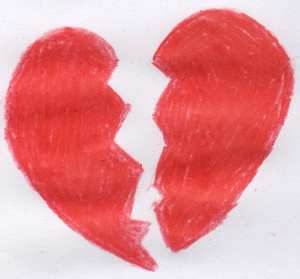 I am in mourning. No, no one close to me has died, there has been no divorce – no loss of home or means of income. My loss relates to my vocation as a mother. The fervor – no need – for children resonates differently with the individual woman. Some seem not to feel the call at all while others experience an almost physical pull for nurturing little minds and souls and bodies. I am one of the later. 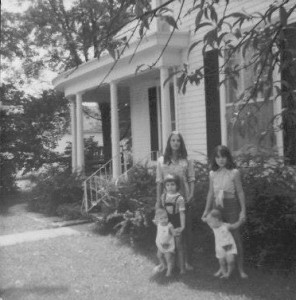 Motherhood came young for me. After having experienced a tragically unplanned pregnancy at almost 15 years of age, I found myself the oldest of a household of younger children. My child was adopted by my parents and he grew up as my brother. My early years revolved around pretending to teach and the reality of diapers and mashed bananas. When I married my high school sweetheart at age 17, we still periodically hijacked a sibling or two to feed this hunger. Our first child was born when I was a twenty year old senior in college. Three years later we were blessed with a daughter. I joke about how our next child was on ‘backorder’ because it took us eight years to conceive our youngest.

During all of this time, however, the need for babies in my life was fed in one way or another – whether by siblings or children of my own. The craziness of living far from the nearest Catholic school (commuting for athletic and gifted children is not for the faint of heart), gave me a distraction as my little brood grew up. When I was 30, my mother’s diagnosis with ovarian cancer, crept into my own reality when genetic counselors urgently suggested an oophorectomy for me. The resulting lack of hope for the large family I had dreamed of made for some tearful nights (and days). But I had my three children and the hope of nieces and nephews to console me. 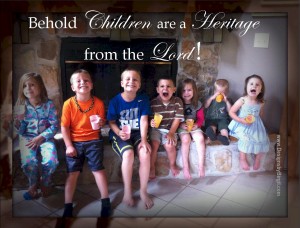 As our children grew, we were blessed to be gifted with quite a few grandchildren (seven under the age of 9 to date). At one point, five of them lived on either side of us and were here to be nurtured, taught and loved each and every weekday. Nana’s Day School was vibrant with laughter, sloppy kisses, and tight squeezes! At another point, two of them moved in, along with their father, during a particularly contentious divorce. When they moved to their own home again, we simply moved back into regular visits. During that period this ‘empty nest’ (ha, ha) resonated with laughter, tumbling play fights, and loving.

As time went on the day to day activity settled into a more ‘normal’ routine. One family moved an hour away. Yet they continued to travel the two, 2-hour round trips – at least once per week, just to keep the connection alive. Happily fulfilled, this ‘stay-at-home’ Nana had at least two little ones four days per week, with visits and sleepovers to balance out the routine. Then came a drastic change. One of the mommies became a stay at home mom rather suddenly. This was the brood that came to Nana’s Day School three days per week (I was actually homeschooling them by then). Poof! The stay-at-home Nana had lost her bearings. Relegated down to a once per week house filled with little feet, demands for hugs, lap time and snuggles was a drastic step. For 48 years she had had her hands on children most every day. Now, as quickly as a death, that time was over.

I had been wondering at my stormy moods as of late and then, this morning – Eureka – I finally saw the cause with painful clarity!

I have raised these little ones from the beginning of their little lives – even to the point of having been present at two of their births. Foolishly, even as I fervently dreamed of the joy of being a stay-at-home mother for our daughter, I failed to realize what that would mean for me. I certainly can’t begrudge her the happiness that is in her future, yet the humanly frail side of me mourns my own loss just the same. Hopefully some equilibrium will eventually be found but, as of now, I have been set free against my will. I find myself once again yearning for a multitude of children even while I relish in the wonder of having raised so many more than the three gifted to us by God through our marriage. These little people, 7 little souls for which I am honored to be godmother, will always remain in our lives – the how of it has been changed but the reality has not. As I go through the mourning of my new-found position of an empty-nester, I must turn my heart toward the gift that they were and will continue to be. I have found a personal, deep respect for those who find themselves unwillingly childless. My pain cannot compare with theirs in intensity but yet I will pray more deeply for their loss. I also see the story of Moses in an entirely new light – I have relinquished the day to day care of these children and will have to seek out my new role. Lord help me to look to this new beginning of my life with a joy filled with You and a heart for giving what I can, when it is needed. 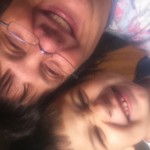 *One of our little treasures turns 5 today – Valentine’s Day! Much love to you, Simon, from Nana and Papa.