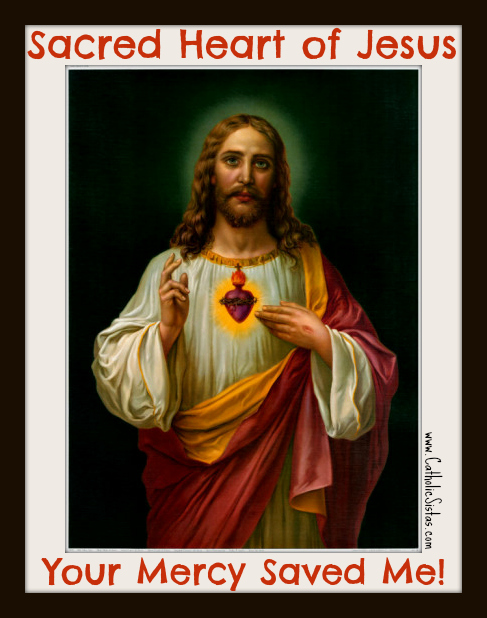 I have a strong devotion to the Sacred Heart of Jesus. Being that this is His month, I wanted to share a little story of my childhood.

Growing up, my mom had this image of the Sacred Heart in our living room. This is the image I would look at day in and day out. This was HUGE by the way it measured about 5 feet x 3 feet, think a big poster. I experienced many sad moments in my childhood: the loss of my father, sexual abuse by my step father (I’ve shared in Broken Childhood, Healed by Christ), my mother’s alcoholism due to the first two, and much more. But this image always gave me hope, even when we didn’t go to Mass, even when my mom fell away from the Church.

One time when we were moving for what felt like the 1 billionth time, she wanted to change the frame it was in because it was heavy and she and I were moving our entire apartment alone with my little sisters (I was 12 then). She messed it up and sprayed the image itself in silver. She cried and cried so much! I told her that it didn’t matter, it was beautiful anyway. Once we moved she never put it back up on the wall. Mind you this move was to get away from the abusive man that had hurt all three little girls and in the process my poor mother. My uncle saw it in a corner and thought it was trash so he was going to throw it away but then thought to keep the frame for another picture. So he starts pulling the picture off and guess what?

For us it was a miracle and gave us the strength we needed to move forward and away from the life we had lived for so long that was so far from God. I knelt before this image begging God to help my mom and her alcoholism MANY MANY times. I screamed at Him many times too, in those moment where I felt so alone and helpless. He pulled me/us through though. Many years later, when I was 25, my mom stopped drinking completely, not even socially. She had dry moments but that wasn’t enough. She went through a retreat and at the end of it there was a Mass and then followed testimonies of Faith. She stood up and told this story and then publicly apologized to me and thanked me for my Faith in Him, which is what helped her she said.

I have an incredible devotion to the Sacred Heart, can you see why?

But God’s amazing mercy didn’t stop there. When I met my husband, Peter, (on what used to be SaintRaphael.org and now CatholicMatch.com) he had this image as his profile picture for some time. It was a photo of the one that hung in his living room! The same exact one! It was what made me curious about him and got us chatting. His screen name was “SacredHeart1220”! In our bedroom we have a smaller but exact same image. My screen name was “LittleFlower1220”. Notice the 1220 that are similar? We have the same birthday, Dec. 20th. For me, there is no such thing as coincidence! Maybe God-incidences? See, I had just prayed a 30 Day Novena to the Holy Ghost and in it I wrote 30 things that I wanted my future husband to be like. I am not lying when I tell you he had all 30 things. It was just amazing, I giggle each time I remember…I met him on day 30!

Sometimes, it is hard to realize this but

God is always with us, even when men and the world, and the Devil want to hurt us. Cling to Him through the storm and in the end He will reward you! 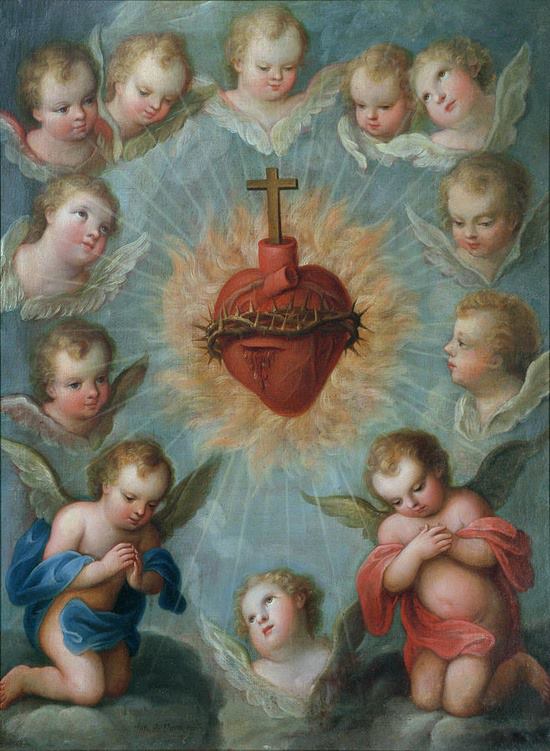 One Reply to “Sacred Heart of Jesus, Your Mercy Saved Me”