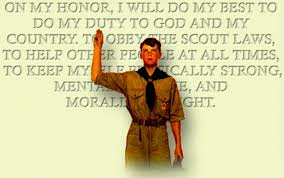 As a proud Eagle Scout, my husband was especially excited to get our only son involved with the Boy Scouts of America (BSA) once he was school-aged. For the past five years, my husband and son have spent countless hours together at camp outs, activities, fundraisers, and meetings. The BSA has provided them with some of their most cherished father-son bonding experiences.

We breathed a sigh of relief in 2000 when the Supreme Court ruled that private organizations like the BSA have a right to exclude a person from membership when “the presence of that person affects in a significant way the group’s ability to advocate public or private viewpoints.” Since the BSA oath requires boys and men to promise to be “morally straight,” the ruling gave the organization the legal right to exclude openly gay teens or adults who couldn’t make that promise.

But those legal protections have been completely gutted over the past five years by none other than the BSA itself. In 2013, the organization decided to allow openly gay teens as members. On Monday, it voted to allow openly gay adults to serve. And THAT decision has left many of us shaking our heads, wondering why an organization that fought like hell just 15 years ago to protect its core values just unnecessarily embraced a policy that’s dangerous for the kids it serves.

WHY NOT GAY SCOUTS?

Even parents who weren’t entirely happy with the 2013 decision to admit gay teens could at least see some value in that policy change; certainly, young men who identify as gay need positive male role models. But even with that laudable goal, it’s still a mistake for the BSA to allow openly gay teens, just as it’s a mistake to allow gay adults. Not because these policies will lead to the moral acceptance of homosexuality, but because there are practical aspects to being a Boy Scout and working with a troop that make the policies problematic. 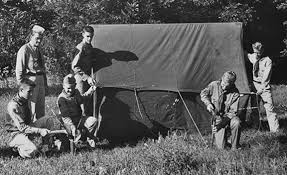 When my son graduated from Cub Scouts to Boy Scouts two years ago, he began attending camp outs. That meant putting him in a tent with other boys, sometimes while wearing nothing but his underwear. There usually isn’t an adult in the tent with the two, three, or four boys sharing close sleeping quarters.

So far, no Scout in his troop has confessed to being gay, but if one did, that would be my son’s last camp out. And it’s not because I want my kids to shun their gay peers. Or because I believe every gay teenage boy is a lecherous, immoral sexual predator. It’s because I know from experience how easy it is for a hormonally-charged, emotionally immature young person to confuse intense feelings of friendship with sexual attraction. I know because my foray into homosexuality began when the intense friendship I had with a female friend crossed the line into a sexual relationship. This happens far more often than most people realize.

I’d never discourage my children from having a friendship with a peer who identifies as gay; in fact, even as preteens, my kids have had peers say they’re gay or bisexual. I’ve supported them continuing the friendships, even after young woman decided she had a crush on our daughter (who learned how to respectfully rebuff such advances at the tender age of 11). That said, I still consider it completely imprudent to put my sexually- and emotionally-immature son into a situation where he’ll be in close, intimate proximity to a youth who doesn’t have the same moral convictions against homosexual behavior. It’s the same reason I wouldn’t put him in a tent with a girl: because in his immaturity, it could easily become an occasion of sin for him. Especially since my son would already have the foundation of friendship with the fellow gay Scout.

Yes, you have that same immaturity in a troop comprised exclusively of straight teens. But in that case, every boy there has a psychological and moral boundary that discourages homosexual acts. You completely change the dynamic, however, when to one of the boys, that’s a morally acceptable action. Teens crave acceptance and love and it’s easy for them to become infatuated with a peer, especially a close friend, as we saw with my daughter’s friend and as I experienced myself. Those intense feelings aren’t a problem as long as both kids have the interior conviction that homosexuality is wrong.

But is it wrong? Our culture doesn’t think so. Even children raised in practicing Catholic households are today finding it increasingly difficult to accept the Church’s teaching about the immorality of homosexual acts when they’re bombarded by the message that it’s not just morally neutral, but something to be celebrated. You’re more likely to find ambiguity among teens about this issue, even well-catechized teens, who are afraid of the withering accusation that they’re a bigot or hater if they take a hard line against homosexuality.

As a parent, it’s my job to ensure my son isn’t put into a situation that could result in more temptation than he’s equipped to handle at a young age. I wouldn’t allow him to play video games or on the computer with a friend of his that I know has a problem with porn; I wouldn’t allow him to share a tent with a teenage girl. Nor will he be allowed to share a tent with a gay peer. These things can seriously damage my son’s sexuality if he’s asked to grapple with them before he possesses sufficient maturity to make a good decision.

Spiritually speaking, a homosexual experience for youth is far more damaging than an unchaste but heterosexual one. For many people, having a homosexual experience at a young age is a bell that can never be unrung, that can lead to a lifetime of sexual identity confusion, as it has for me and for many others. Again, it’s not about gay teens being sex-crazed, but about the fact that ALL teen boys are forming their sexual identity and that their emotional and sexual immaturity makes them especially vulnerable to sin during that time. The BSA policy is dangerous because it denies the vulnerability of the teenage years and puts sexually-immature kids together without the natural boundary of everyone being attracted to the opposite sex.

Despite the veneer of being good for self-identified gay teens, the BSA policy actually puts these teens at even greater risk than just feeling ostracized for being gay. You’re taking these young men, who are attracted to other young men, and putting them in close, intimate proximity to the very sex they’re most sexually attracted to. At best, this is a near occasion of sin for these young men. If it’s obviously imprudent to put teen boys and girls in the same tent while camping, so why are we effectively putting gay scouts in that same situation?