Skip to content
A little over 25 years ago, I was a young woman who had her life all planned out. I had an apartment, a good job, a college scholarship and a boyfriend that I planned to marry. At age eighteen, life was good.

But the spring before I was to leave for college, my birth control failed and I found myself being told by a nurse at a local clinic that I was pregnant. She told me not to worry because I had “options.”

Unfortunately, I already knew which option I would choose. Back then, I not only believed the lie that “it’s only a clump of cells,” I thought abortion was the most responsible option a young woman in my situation could take.

The day of my abortion it seemed like I waited an eternity for my turn with the doctor. I just wanted to get it over with and the longer I laid on that table, the more I started to doubt what I was about to do. A couple of times I almost got dressed and left. Instead, I kept telling myself what everyone else had told me – that I was doing the right thing….the responsible thing…and at six weeks it was only cells, right?… it wasn’t actually a baby yet…

I was placed into a room where all I saw was a man wearing a surgical mask at my feet and a nurse standing by my side. During the procedure, I felt a sharp pierce on my left side, heard myself cry out and then it was over. I now know that when my child was severed from my body, even anesthesia couldn’t stop the motherly instinct to cry out. It wasn‘t pain, it was anguish.

But with the same steely determination that had kept me on that table in the clinic, I simply convinced myself to get on with the life I had planned. But I didn’t finish college and I didn’t marry the father of my child. And though I have accomplished many things, none of them compare to the value of the life I discarded.

You wouldn’t know it from the outside, but inside, a part of me was broken; a part of me was missing because my abortion not only left a hole in my womb, it left a huge hole in my heart. And no matter how many ways I tried to fill that hole, it only got deeper.

Eventually, I met my husband, Lee. He had had a vasectomy during his first marriage and after he had the surgery to reverse it, we began the anxious, often frustrating cycle of trying to get pregnant. One morning, I was standing in the bathroom hoping the stick would turn the right color and it dawned on me that I wanted the test to tell me that we were having a baby. Not a clump of cells, a baby. The heartbreaking realization that I had killed my innocent, helpless child brought me to my knees and the anguish that began so long ago in that cold surgical room came pouring out of me. I begged for God’s forgiveness.

He gave me forgiveness and luckily a wonderful stepson because my husband’s reversal hadn‘t been successful. And, even if it had been, I had problems that would have made pregnancy difficult. Scar tissue had grown, on my left side, to the point that it connected my uterus to my colon. No one could or would ever say if this scar tissue came from my abortion, but I think it’s a likely possibility. Four years ago, I had to have a hysterectomy – nailing the coffin on my hopes of ever giving birth to a child.

But unlike “any other book” this one opened my heart to the Holy Spirit and brought me redemption. Since then, the Lord has changed my life in so many ways, but all along I knew He was encouraging me, inch by inch, to tell my story for the benefit of others.

I finally accepted His call and surrendered my fear at a Rachel’s Vineyard retreat. There, I was not only able to accept God’s forgiveness, I was able to honor my child in a memorial service that was long overdue. Soon, I’ll be engraving her name, Brittany Danielle, on the KY Memorial for the Unborn. At Rachel’s Vineyard, God filled the hole in my heart and I was given the strength and courage I needed to speak publicly about my abortion.

The retreat was during December and I had taken the book “The Christmas Sweater” to read during our free time. In it, I found a quote that is now pasted to my computer monitor because it so perfectly explains why I am able to write this post and give talks about my abortion.

“Pick up your redemption,” it read, “Cherish it. Wear it. Share it. It has the power to transform lives.” 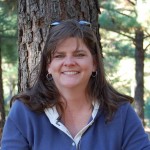 Michele co-owns Prestige Carpet Cleaning, Inc and is actively seeking a Bachelor’s Degree in Elementary Education. She is a member of the Silent No More Awareness campaign through which she gives speeches about abortion. She is the Secretary for the KY Memorial for the Unborn steering committee and is involved in the Rachel’s Vineyard ministry for post-abortive women. She and her husband, Lee, are active parishioners of the Cathedral of Christ the King in Lexington, KY.

5 Replies to “Pick Up Your Redemption”