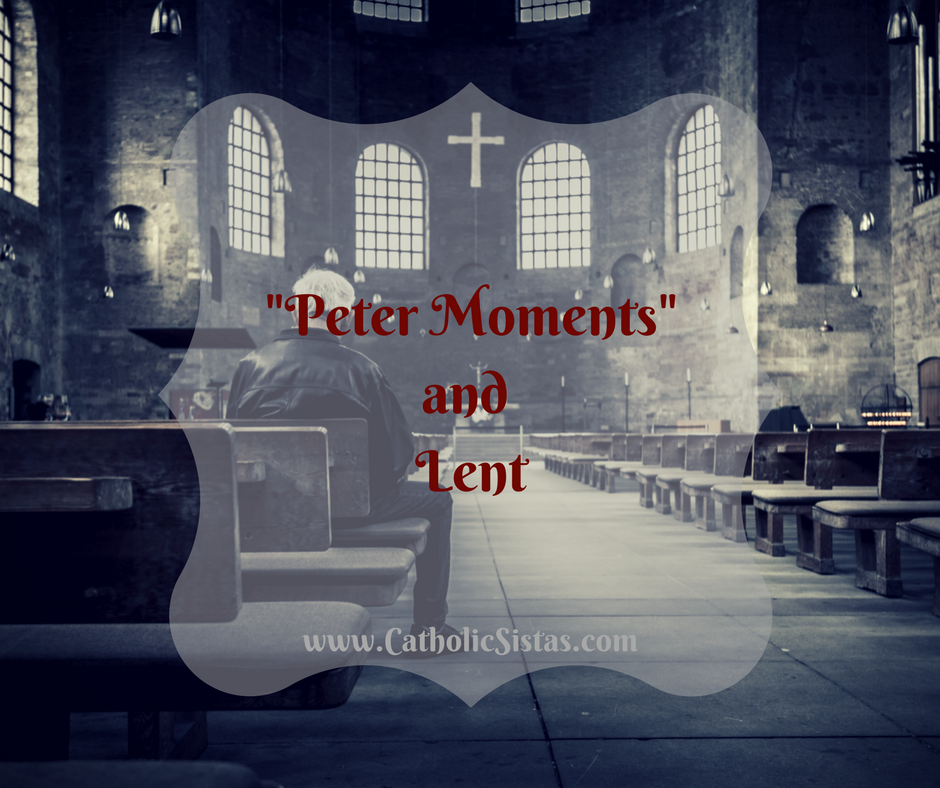 Taking two different bloggers’ ideas on how they encourage their children and teach the Catholic Faith and traditions, I have been waiting until my oldest was at an age where he would be ready to actively participate in Lenten activities – and, perhaps slowly grow closer to God during Lent. This year, I decided he was ready to try out the simple activities planned.

On Fat Tuesday, I conducted a last-minute shopping trip to purchase supplies for this project. Our items consisted of a spring-form pan (not for our project), some toothpicks, and some play dough. As we checked out, the cashier casually asked what we were making.

I thought about my answer carefully. The several seconds’ worth of hesitation seemed awkward, uncomfortable, and as though time had slowed. I wasn’t entirely sure I wanted to answer her innocent question. While she and I stared at each other, in my head I was hearing a voice tell me,

Don’t tell her. You’re already the crazy Catholic lady. You answer, you’ll continue to be that crazy Catholic mom – you know, the stuff jokes are made of. You’ll be that fanatical Catholic lady – more than you already are. It won’t be just family that laughs at you – it’ll be everyone else around you, too. You don’t owe her any explanation. So, don’t say anything.

I wanted to crawl into a hole and pretend I didn’t hear her, as painfully obvious as it was that I had heard the question. She politely held my gaze, waiting for a response, as things began to really get weird. So, I feebly muttered, “We’re making a crown of thorns.” She raised her eyebrows as she repeated what I had just said, and then I knew I had to explain the project in its entirety. So, I launched into a brief moment of how Lent was beginning the next day and gave her a rundown of our project.

As my children and I walked away, I breathed a sigh of relief and thanked God for the strength He gave me at that moment to seize the opportunity to share my Faith. Yet, I was, and still am, troubled by the inner struggle and critic’s voice, which had tried so hard to silence me by using doubt.

The longer I spent processing the entire scenario, the more I realized I had just experienced a “Peter moment.” A moment in which I was called to identify Christ in my life, or it was a moment in which I could have easily denied Christ. I will be honest – a huge part of me wanted to take an easier road and just chalk the contents of the conveyor belt up to some innocuous art project. Yet, as I contemplated that option, I also felt a tug on my heart to use that moment – with my two young children watching, and facing the young cashier and her equally young bagger – to defend my Faith.

We all have our own, individual “Peter moments.” They are small moments, every day, where we are called to actively be witnesses to Christ. Sometimes, we stay faithfully by Christ’s side, like the apostle John. Other times, we succumb to our internal voice in the manner of the first pope of the Catholic Church. Sometimes we deny Christ once – other times, we deny Christ more than three times in a single day. 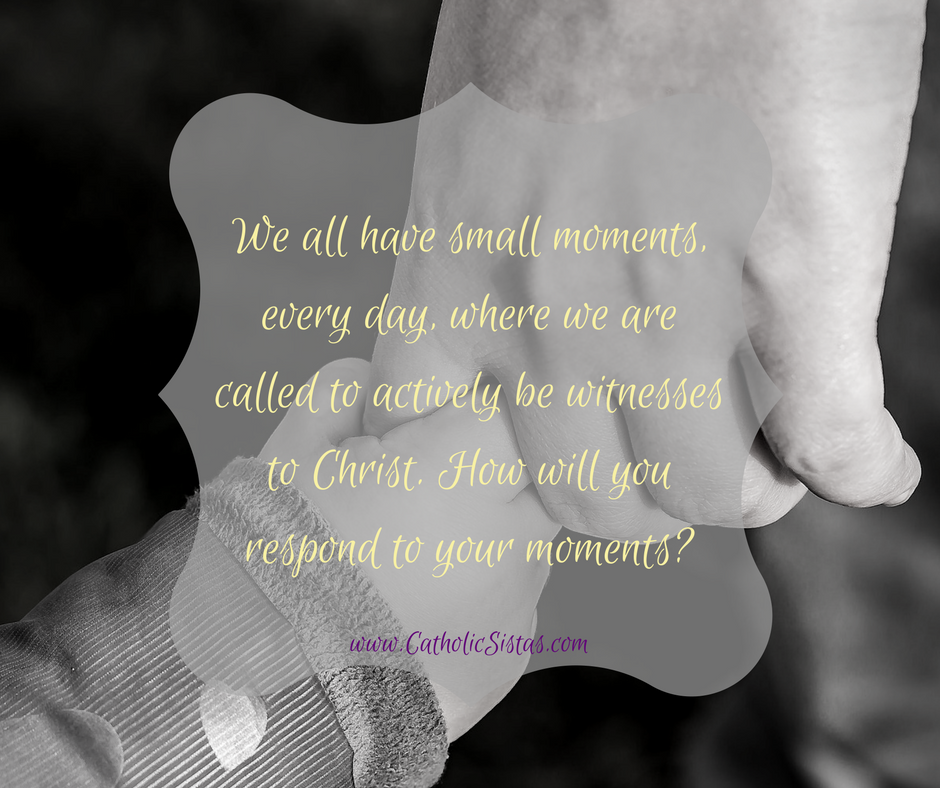 When Christ faced Pilate, He was given an opportunity to deny His own role in history. He was led to the waters where it would have been so easy for Him to say He was not a king. And yet, in John 18:36, Jesus boldly answered His kingdom was not of this world. Jesus did not deny Himself, simply to save Himself. Instead, He embraced His destiny, in order to save humanity.

Throughout the remainder of Lent, as we approach Holy Week, and specifically Good Friday, perhaps it would behoove us to focus on Peter’s thrice-denial of Christ. More specifically, perhaps we should focus on how our actions, thoughts, and words during our daily interactions with others are similar to Peter’s verbal denial of Christ.

Do we have a tendency to deny Christ because of our pride? Or, is there shame underlying the denial – and, to that extent, of what are we ashamed? Do we deny Christ out of fear of something or someone? Or, do we deny Him because we feel the pull of peer pressure – that it simply isn’t “cool enough” to embrace Christ as His follower?

What motivates us to deny Christ in our lives?

During Lent, many Catholics pray a Way of the Cross, reflecting on Jesus’ Passion. At the first Station, in which Jesus is Condemned to Death, we are given the opportunity to reflect on the times and ways our actions today condemn Jesus all over again. It is also the perfect Station to ask God for strength – to increase the times in which we stand passionately and purposefully in defense of Christ our Lord. The first Station is the perfect moment we have to ask God for assistance in standing firm in our beliefs – not just in who Christ was, but more importantly, who Christ is in our lives on a daily basis.

As Catholics, we profess belief that Christ died, but also that He rose from the dead. We believe He ascended into Heaven, fully alive, where He waits the time of His second coming.

We believe Christ lives on – not just in the Holy Sacrifice of the Mass and in the Eucharist. But, we also believe He lives on in each of us. In light of this belief, we also acknowledge every single one of us is called to greatness in our lives.

As we count down to the days of Holy Week, perhaps we should take some time to ask ourselves how we can best reflect Christ’s role in our lives and to those around us.

Will others know we are Christian by our actions?

Our Thoughts, words, or by our love? 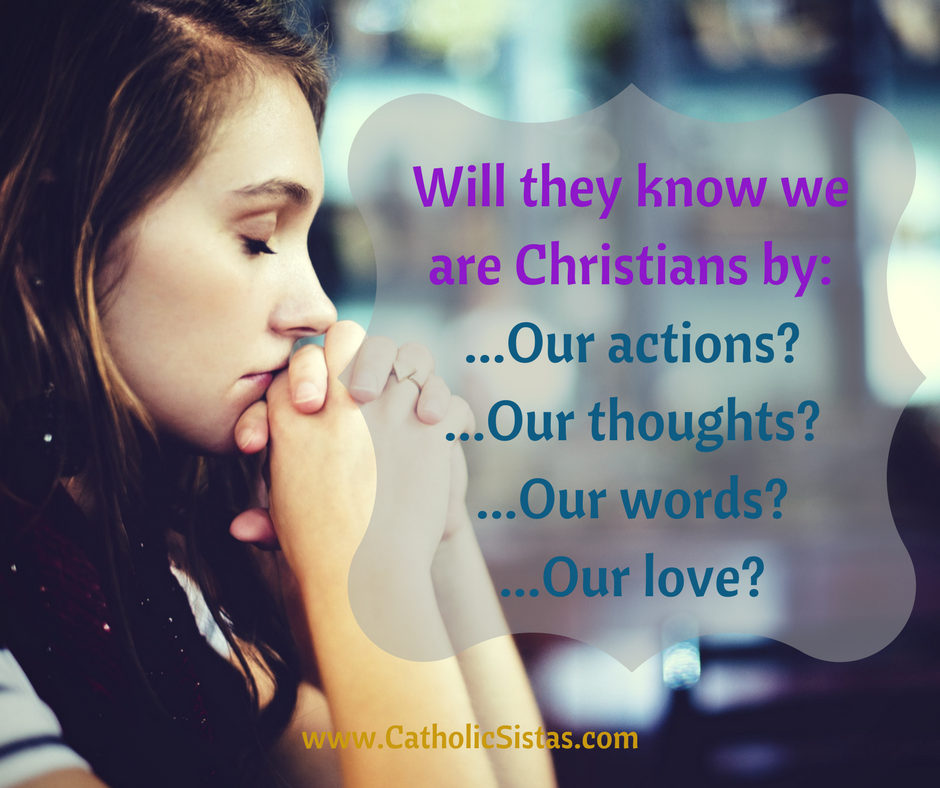 May our individual faith journey see all of us learn from our “Peter moments.” And, may we join John and Mary at the foot of the Cross this Holy Week. Let us stand firm in our belief in the One who gave His life – to save the world from its sins.