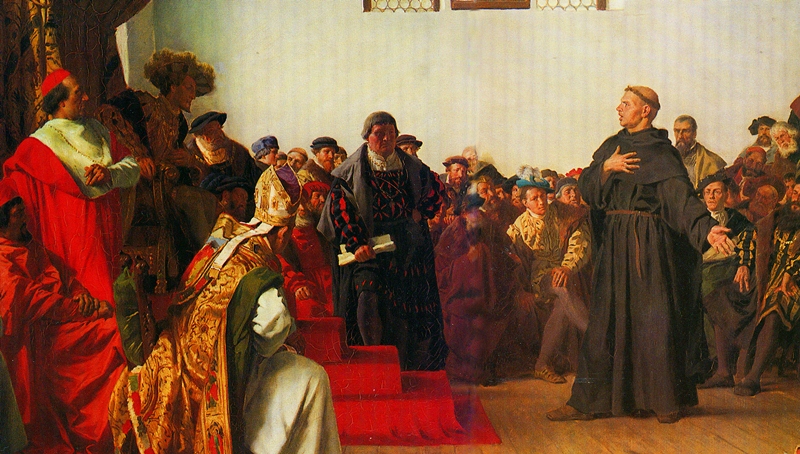 The first rule of debate is to be sure you correctly understand the position of your interlocutor.

Any Catholic who has engaged in dialogue with Protestants knows that discussions can quickly devolve to the Protestant insisting that Catholics believe something that Catholics do not in fact believe (e.g. that we worship Mary, or other such nonsense). Such discussions can be frustrating and waste a lot of time, particularly since there are many significant areas, including ones that cut straight to the heart of the Gospel, where Catholics and most Protestant actually do disagree. Of course, Catholics can be guilty of straw manning Protestant beliefs, too, but in my personal experience it has been more likely for the Protestant to come to the conversation with confused ideas about Catholic beliefs.

Listed below are just a few examples of major areas Catholics and most Protestants don’t disagree (but that people often think they do) and then some examples of areas where Catholics and most Protestants do in fact disagree. For each, I’ve given a short description meant simply to further explain what I am referring to, but not meant to exhaustively explain the issue.

Some areas where Catholics and most Protestants do not disagree (but people often think they do):

Here are a few of the many significant areas where Catholics and most Protestants do disagree:

There’s plenty to debate about here. So let’s stick to the real differences.

Brantly Millegan is studying for a MA in Theology at the St Paul Seminary School of Divinity in St Paul, MN, is a Co-Founder and Co-Editor of the online journal Second Nature, and is an Assistant Editor for Aleteia. He and his lovely wife Krista live in South St Paul, MN with their two small children, Elijah and Adelaide. His personal website is brantlymillegan.com

6 replies on “No, We Don’t Worship Mary: What The Differences Really Are”

Not even the New Testament is truly safe. The Epistle of St. James was removed for a time and then put back. As recently as a month ago I heard it referred to as a “straw epistle.” The “Destroyers” would be so proud!

Thank you for this good read! You presented these facts clearly and it was really easy to understand. This is a very interesting article and I learned a lot from it. Thanks for sharing!

Excellent,well written for “anyone” to understand! I am a cradle Catholic, always striving, learning something new every day about my faith…it is an ongoing process from birth to death…

Your summary was again, excellent! Enjoyed it. Faith, Hope & Love, the greatest of these is Love…

Thanks for the enlightenment.

Hi, I am a Protestant. I believe that faith alone is sufficient for a person to be saved and not by obeying the laws. But it doesn’t mean that obeying the laws are not important or less important, as instructed by Paul.

But the element that enable a person to be saved, is faith, not obeying the laws, according to Paul.

However, I do agree that many Christians confess and repent without seriously taking care of their sinful behaviours. Faith without action is useless, as said in the Bible.

My question is – by any chance, is it because of this very reason, the Catholic believes that if a person is to genuinely confess and repent, he will at least make an effort to change from his sinful behaviour (successful or not is irrelevant), that’s why action to take care of sins will definitely present if that faith is a genuine one?

This conflict is only a problem of doctrine interpretation, isn’t it?

[…] there are areas of significant disagreement: the precise nature of justification, the number of books in the Old Testament, the role of oral […]

[…] there are areas of significant disagreement: the precise nature of justification, the number of books in the Old Testament, the role of oral […]