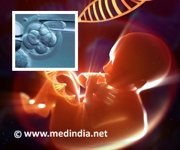 While it is news that Michael J. Fox is finally admitting embryonic stem cells (ESCs) won’t cure him (or anything), those of us opposed have known this for years. Even Susan G. Komen realized last year that funding ESC research was throwing good money after bad science.

Let’s not throw the baby out with the bath water, the way ESC research does. Instead, let’s get back to the future of stem cell research by reviewing the scientific facts.

The very science that makes embryonic stem cells exciting is what causes so many problems. The exciting aspect of ESCs is that they have the potential to be transformed into any body cell type. On the surface, this seems like such an awesome discovery that “Who cares how we derive these cells, let’s just make tons of them!”

Then reality sinks in… You know what else can make any body cell type? Cancer. That is exactly the issue with most ESC studies: instead of cures, tumors result. So far, research with ESCs has lead to destruction of human embryos, cloning of human embryos, tumors, and no real cures. It’s odd that science and the liberal left has taken ESCs “potential” and relentlessly pursued that potential, to no avail, while simultaneously having no problem with discarding embryos in abortion that have the greatest potential of all: that of a human being.

Funding adult stem cells (ASCs), on the other hand, has resulted in cures with no destruction of human life! Using ASCs, then, ought to be a no-brainer, but many people still propose using ESCs instead based on emotional and not scientific arguments. Then there are others, such as this man, who began his journey believing ESCs were the panacea, but discovered that it was actually ASCs that effected the cure. Yes, even scientists get caught up in the exciting aspects of their studies, and sometimes fail to realize many discoveries were made by accident by very dull mechanisms. Plus, scientists are as human as everyone else; we have our pride, too. It’s pride that makes scientists want to find a cure in ESCs because it would be exciting and new. Whereas finding a cure using ASCs…not so much, since ASCs are found in common tissues like blood and bone marrow. Nor is finding a cure with ASCs new; the list of diseases currently being successfully treated with ASCs is very long.

However, new discoveries are constantly being made with ASCs, so scientists shouldn’t worry they’ll be left behind. The University of Michigan is using cancer stem cells to study cancer. This may sound obvious, but the beauty of this type of study is that cancer patients are physically contributing to cancer research when they “donate” their tumors.

Another interesting source of embryonic-like stem cells is breast milk. We’ve all heard “Breast is Best”–especially as a new mother–but current studies have shown that these embryonic-like stem cells are present in breast milk in fairly high quantities. The presence of these stem cells may be one of the largest factors in why breast is best. One of the researchers responsible for these findings is also looking into comparing how normal functioning breast stem cells differ from cancerous (malfunctioning) breast stem cells.

In college, I had the opportunity to do research with ESCs. Although we were using chicken embryos, the implications were clear to me. Even without the moral considerations, it was obvious the ESCs we isolated were highly difficult to work with and maintain. Not only that, but they also were very unpredictable. Using the same methods each time, I would generate different cells or sometimes no cells.

From my perspective, the repeated failures of ESCs prove that God’s plan is not for embryos to be produced only to be destroyed, especially in light of the ASC successes. As a Catholic scientist, I don’t have to choose being a Christian over science; the two are mutually compatible and work together harmoniously if you seek the truth–and nothing but.

2 Replies to “Let’s Get Back to the Future”