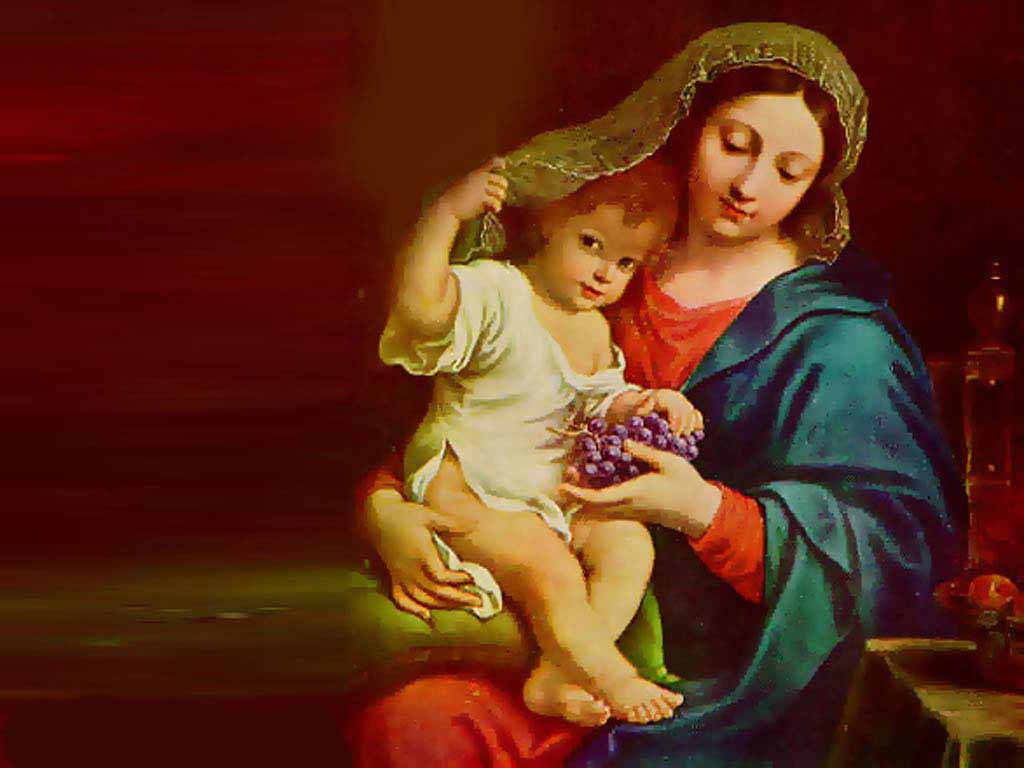 Advent. That beautiful time of year when Catholics join together in the solidarity of joyful preparation for the coming of the Savior. It’s also the time of year when we argue over when the Christmas tree should go up, when the lights should be turned on, and whether or not “Mary Did You Know?” is one of the most annoying Christmas songs ever. I hope I don’t offend anyone with what I’m about to say, but I’m squarely in the “annoying song” camp. Plenty has been 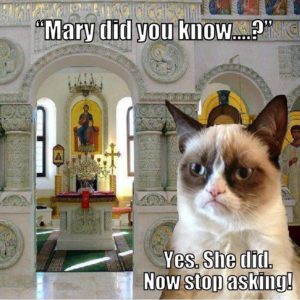 written about the fact that of course Mary knew; I’m not here to repeat those points. Aside from the title question having an obvious answer (yes!), the song bothers me because it was written from the perspective of Mary as “just one of us.” Mary does not seem like a particularly special young woman, but a totally normal one with the same exact doubts, fears, and questions about her baby and about God’s plans as any of us would have. I can think of other Christmas songs that are the same way (for example, “Breath of Heaven” and “Strange Way to Save the World,”) and find them bothersome as well (just so you know I’m not picking on one particular song). It’s as if the songwriters imagined how they would react if they were Mary, and then projected those feelings onto her, instead of thinking about how someone would think and feel if she were especially chosen by God and literally filled with His grace.

Don’t get me wrong. Mary was a fully (and exclusively) human person. She was not divine in any way. She was not omniscient (she knew so much about her Child because of what Scripture said and what the Angel Gabriel told her). She was just like us in many ways. But Mary was also something more than a regular person, as we will celebrate next week on the Feast of the Immaculate Conception. She was everything that human beings would be if not for the stain of Original Sin that makes it difficult for us to be who we were created to be. She is a model of who we all should be striving to become. It’s comforting sometimes to think of Mary has having the same doubts and struggles that we have, but I think we are short-changing both ourselves and Mary if we stop our meditation there, in that place of comfort. Mary is a Saint and we are meant to emulate her, not simply to imagine her down at our level.

For me, Mary is relatable in the fact that she was a mother. Sometimes when I am cradling my toddler son or laughing at his adorable antics, I think of Mary
and how she would have interacted with Jesus. I do find myself drawing closer to her (and Him) in those moments, and feeling comforted by her humanness. At the same time, she is very different from me in the fact that she would not have struggled mightily, as I do, to maintain a good attitude and a peaceful approach to parenting. Because of her sinlessness, she would not have had the same inclination toward imp 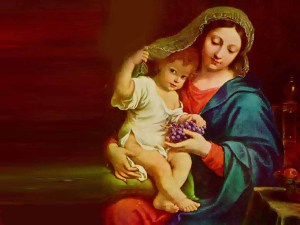 atience and selfishness that I do in my motherhood. There are times when I need to go beyond that place of comfort in sentimentally imagining Mary cradling Jesus just like I cradle my son, and think about striving to close the chasm that exists between the mother that I am and the mother that God created me to be (as embodied in Mary, the only truly perfect mother).

Mary is also relatable in that she, like all of us, was asked by God to do some difficult tasks. Despite her sinlessness, she didn’t have a life free from hardship or difficulty (far from it!). When I am feeling sorry for myself because of some [often tiny] discomfort, it does make me feel better to imagine myself in solidarity with the suffering of the most perfect human being. She didn’t get to live a difficulty-free life so why should I? But as much comfort as I find in the fact that Mary can relate to any of the [comparatively mild] suffering I have to face, we are separated by the fact that she always had perfect faith and trust in God, and perfect obedience. Her will was never at war with His. When the Angel Gabriel announced that she would be the mother of the Savior and waited on her acceptance, she didn’t hesitate or calculate the potentially enormous cost. She said “Behold I am the handmaid of the Lord, be it done to me according to your word.” I, on the other hand, am often in rebellion against God, and even when I do submit to Him, I often do it kicking and screaming or with a whole lot of worry and doubt.

I have heard some women say that when faced with an unexpected pregnancy, they find comfort in the fact that Mary’s pregnancy was under trying circumstances as well. They like to imagine that Mary felt the same way about her pregnancy as they feel about theirs – for example, afraid, doubtful of their ability to handle it, worried about the future. (To illustrate, I was recently introduced to a piece of “art” that is a portrayal – in my opinion, a very distasteful one — of Mary looking at a pregnancy test with her hand over her mouth as if in shock). I understand how it would be a comfort to imagine Mary as being “just like us” in that situation. At the same time, what makes Mary so beautiful is that she was not just like a modern woman in responding to the unexpected situation of her pregnancy. Mary’s abandonment to Divine Providence meant that she did not obsess over how it was all going to work out or give in to doubts about the future. Mary is a model for those of us who stress out about the unknown future and lament that we don’t have full control over when a new life is created within us. She understands the scenario of bringing a baby into a situation that the world would not consider ideal, but more importantly, she understands that God’s plans are perfect and always work for the good of those who love Him.

I hope I didn’t ruffle too many feathers in saying that I don’t like the song “Mary Did you Know?” Though it does annoy me, I also find I can actually enjoy it if I don’t think about what it is saying about Mary, but instead think about what it’s saying about Jesus (which, admittedly, was probably its author’s intent). I think that’s what Mary would want anyway, because Mary always points back to God. Mary doesn’t want honor for herself as an end in itself, but only as a means of showing the greatness of the Lord. This is perhaps the most important thing about Mary, and something we should all be trying to emulate. Mary’s humility far surpasses mine, and is like a guiding star to me on my journey of drawing closer to her Son.

I will leave you with one of my favorite Mary-pointing-to-Jesus songs, taken straight from Scripture.