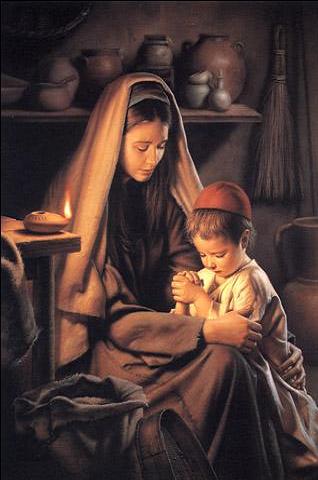 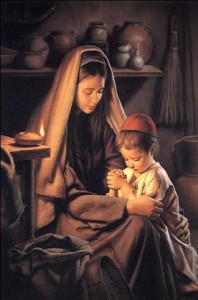 As parents, we are always looking for extra support in rearing our children as people of God.  I have collected a few quotes and would like to share those that always help me:

I say this to my children often.  I want them to know that I love them with the unconditional, undying love of a parent—the love the Father showed to His own Son, Jesus.

I love this one because it shows Jesus as obedient to His mother.  He is reluctant, but she is so confident in Him and she truly believes in Him.  He respects His mother and her knowledge of Him.  I see this as a very intimate conversation between mother and son.

Children have always felt a responsibility to their parents.  Jesus shows just how important His mother was to him.  He makes sure she is taken care of in His absence.  Christ reveres his mother, just as we should.

Mary was the first and greatest believer in Jesus.  She is loyal and faithful to her Son and His Father, and He knew it. Family can always be relied upon for support, especially one’s mother.

Again, this is another expression of confidence and love that the Father shows to Jesus.  This is another favorite since I say it to my kids; it shows my support and trust in them.

Jesus was the perfect son.  He was lost to his mother; then He is found and she then watches Him become who He is meant to be.  His mother dotes on him and treasures memories of Him as a child. 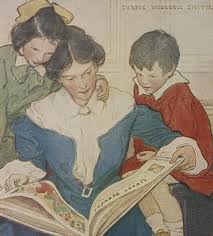 This particular quote illustrates just how important it is that we, as parents, give our children the structure and foundation necessary to ensure they become people of God. Without it, we lie in ruins.  It also depicts the importance of obedience to God.

These are a few quotes that may parallel our experiences as parents.  God the Father and the Blessed Mother are the epitome of love and guidance.  To emulate them is to show true obedience to God.  God demonstrates to us how to become parents who love and support.