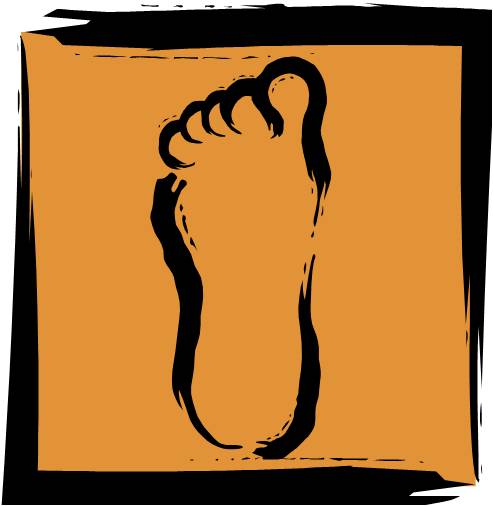 John 13:3-17
So, during supper, fully aware that the Father had put everything into his power and that he had come from God and was returning to God, he rose from supper and took off his outer garments. He took a towel and tied it around his waist. Then he poured water into a basin and began to wash the disciples’ feet and dry them with the towel around his waist. He came to Simon Peter, who said to him, “Master, are you going to wash my feet?” Jesus answered and said to him, “What I am doing, you do not understand now, but you will understand later.” Peter said to him, “You will never wash my feet.” Jesus answered him, “Unless I wash you, you will have no inheritance with me.” Simon Peter said to him, “Master, then not only my feet, but my hands and head as well.” Jesus said to him, “Whoever has bathed  has no need except to have his feet washed, for he is clean all over; so you are clean, but not all.”For he knew who would betray him; for this reason, he said, “Not all of you are clean.” So when he had washed their feet [and] put his garments back on and reclined at table again, he said to them, “Do you realize what I have done for you? You call me ‘teacher’ and ‘master,’ and rightly so, for indeed I am. If I, therefore, the master and teacher, have washed your feet, you ought to wash one another’s feet. I have given you a model to follow, so that as I have done for you, you should also do. Amen, amen, I say to you, no slave is greater than his master nor any messenger greater than the one who sent him. If you understand this, blessed are you if you do it. 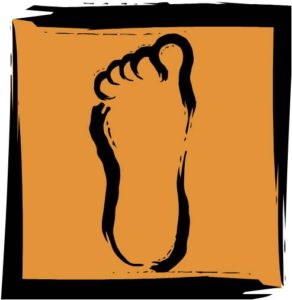 My older sons are on spring break from school this week. They’ve had big plans to seize the day and create some fun memories. On Monday my husband took them hiking through the woods in the local state park. They ran down trails, searched for wildlife, and peed on every shrub in sight (sigh… boys!). Four hours of pure male joy in the forest. When they came home they took off their fine hiking Crocs (don’t judge!) and revealed the most defiled feet I think I have ever seen. There was mud caked between every toe, surrounding every toenail. My husband turned to me, held up his foot, and asked “So, you’re going to anoint these things with oil and dry them with your hair, right?”

The three of them scrambled up the stairs to the bathroom and returned with much cleaner feet. After some time I went upstairs to view the scene of the crime… there were muddy footprints up the stairs and down the hall, the bathmats were black, and every towel was well used. (Boys are so much fun!)

I suddenly had a minor epiphany!

““Whoever has bathed  has no need except to have his feet washed, for he is clean all over;”

This line has always made me pause. Clean all over? Really? Well, at that moment I didn’t really care whether my boys had clean ears or elbows or hair… none of those leave a trail of dirt behind.
Feet, though… they’re different. They touch the ground and show the path we’ve walked. When you’ve had some dirt in your past it follows behind you and everyone knows exactly what you have done.

Today, as most of us already know, Pope Francis is celebrating his first Holy Thursday Mass as Pontiff at a juvenile prison, washing the feet of the young sinners. What have those feet been through? What mud and dirt are those young people desperately trying to scrape off? Will their entire lives be doomed when and if they get out of prison due to the footprints of their past that just won’t disappear?

What a brave man!  THIS is where the ritual becomes real.

I have heard many are disturbed by this approach… and I can appreciate that pushing the envelope of tradition is sometimes painful to watch. Sometimes it’s okay to push the envelope – just a little, and even then the rules and regulations can often be a little confusing. In 2005, Boston’s Cardinal O’Malley actually approached the Congregation for Divine Worship at the Vatican for clarification:

”The Congregation [for Divine Worship] affirmed the liturgical requirement that only the feet of men be washed at the Holy Thursday ritual.” However, the Congregation did ”provide for the archbishop to make a pastoral decision.”

O’Malley then decided to include women in that year’s ceremony. He made a pastoral decision.
Muddy rules?  Yeah… but sometimes it’s okay to get a little muddy.

Pope Francis is also making a pastoral decision… and for some that is a bit terrifying.

His bravery is a challenge to us all.

3 Replies to “Getting muddy…”