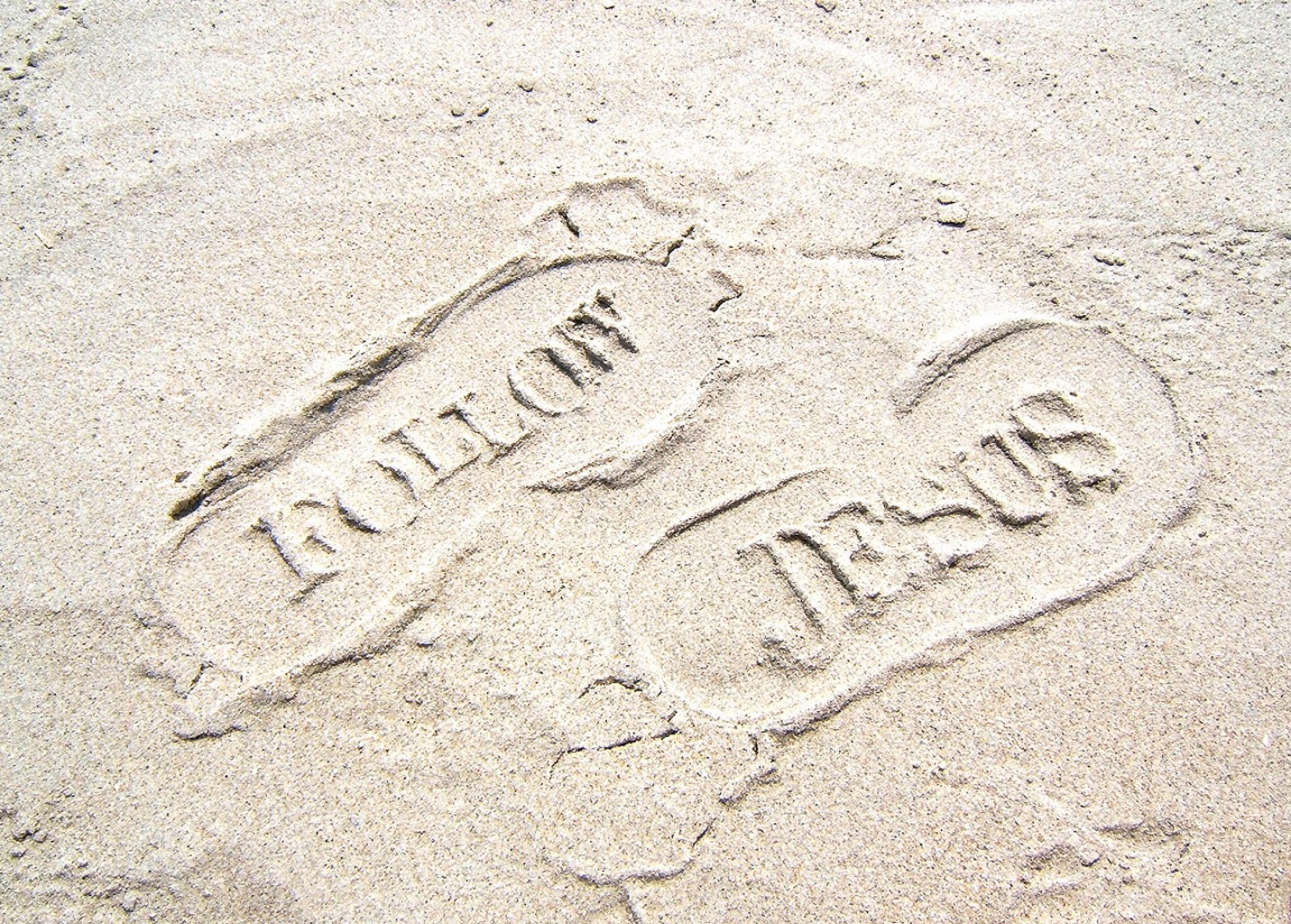 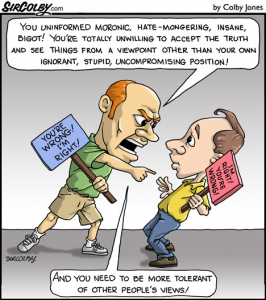 Lately we’ve been hearing a lot about “tolerance” in the news.  Recently there was a huge debate over a few companies that have come out either in support of the gay marriage like Oreos, and those, like Chik-fil-A, that have come out supporting the traditional Christian view of marriage.  There are other hot button issues out there as well, many that will be the issues at hand in the coming months leading up to our presidental election.  Regardless of where you stand on these issues it’s important to know where Jesus stood and where the Church stands and why.

There are two different views of tolerance that we have to address.  The first is the secular view on tolerance.  We are asked to accept and approve all lifestyles and beliefs different from our own. We are asked to look past our moral compass, what we believe to be right or wrong, and just accept anything and everything without question.  While this sounds wonderful and ideal we know that this is not what Jesus taught.  That brings us to the second view on tolerance- the biblical view.  We know that Scripture tells us that while God loves us and we are called to love each other despite our differences, we are not called to tolerate all lifestyles or others beliefs.  If we see someone, especially a fellow Christian, who is acting in a particular way that goes against our Christian beliefs it is our duty to help them understand what they are doing is not only wrong but can lead them away from God.   Two of the Spiritual Works of Mercy are to admonish the sinner* and instruct the ignorant* (this does not mean a person is stupid but perhaps unaware of the spiritual damage they are doing to themselves). * Luke 15:7, Proverbs 28:23,Galatians 6:1,  Col 3:16, Jude 1:23, Mark 16:15, Ezra 7:25

But didn’t Jesus spend his time with sinners?  Wasn’t he tolerant of everyone he came in contact with on a daily basis?  Of course he was tolerant… but then again, he wasn’t so tolerant either.  Christ teaches us that to be tolerant doesn’t mean that we look the other way when someone is not living in accordance with His teachings.  It means we still love that person but we instruct them and guide them back to the life that God is calling each of us to live.   There is a quote that says, “Love the sinner but hate the sin”.   We can love a person who is sinning yet hate what they are doing in their lives.  It’s hard for some to understand this concept.  Instead they believe that if you say you disagree with a particular belief or lifestyle that you must also hate the person who holds that belief or who is engaged in that lifestyle.   Nothing could be further from the truth.

If we think about Jesus spending his time with sinners we see that it wasn’t because he just embraced all that the people were doing with their lives… quite the opposite.  Jesus spent time with sinners because he knew that they were the ones that needed him the most.  He quietly (and not so quietly… think money changers in the temple) taught those sinners that they were indeed wrong in how they were living.  He called them to change their ways.  I think of the woman who in John 8:1-11 was going to be stoned to death because of her sin of adultery.   When Jesus was asked what he would do with this woman he told the scribes that “whoever is without sin let him cast the first stone”.  Of course no one was able to throw a stone because after all, they were all sinners.  Likewise, we are all sinners too, so why is it that we feel the need to say that any lifestyle that doesn’t go along with what we believe is sinful?   Isn’t this proverbially “throwing the first stone”? 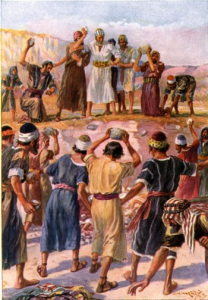 Many people forget the rest of this story.  After all the people had left, dropping their stones to the ground, Jesus said to the woman, “I do not condemn you, either. Go. From now on sin no more.”  Jesus, while not condemning her, tells her that she is indeed a sinner and now she must not sin again.   As followers of Christ we are expected to also remind others not to sin.  We shouldn’t cast a stone but we are called to encourage those we know to be sinning to change their ways and to avoid the occasion of sin.

Isn’t there a line in the bible in Matthew 7:1 that says, “Judge not, lest ye be judged”?  Aren’t we judging a person when we disagree with their lifestyle and say that it is sinful?  No.  We are not.  We must understand the biblical reference to judgment here.   Jesus is not telling us that we are never to decide if an action is right or wrong, but that we are not to judge a person’s soul as a result of the sin they are committing.  Only God can make that kind of judgment.  However, we are called to lead those who are going astray through sin back to God.  To do this we must be able to tell what is sinful and what is not.  We must make a judgment about their actions alone. 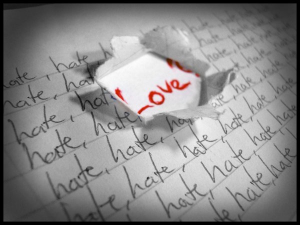 When we disagree with a lifestyle it does not mean we hate the person living that lifestyle.  Most of the time we love that person so much that we want them to live in accordance with our Christian beliefs.  But what about the fact that not all people are Christian who are living this lifestyle or committing the sin we are so against?  Some are atheist, Muslims, Wiccans, Jewish, agnostic, Buddhist, and the list goes on and on.  Aren’t we pushing our own beliefs on people who don’t want to follow what we believe to be right?  As Christians, while we are taught to respect the beliefs of others, we are also taught that God doesn’t like to see His people divided.  We have been taught that everyone is a child of God.  We should hope and pray for each and every person to come to know Jesus and accept His gift of salvation.   Additionally, Christ and the Church tell us that we must administer to those who are falling away from God.  How can we do this if we don’t make a “judgment” based on the criteria that Jesus left us to determine what is right or wrong?

Our society is based on laws.  Without them we would live in mayhem.  We trust law enforcement and the judicial system to help uphold these laws and to keep us safe.  These laws are based on what our society has deemed right and wrong.  It is imposing a set of beliefs on society because ultimately we know that it is for the betterment of that particular society.  Most people would never argue that we shouldn’t have these rules and regulations in our lives.  Likewise, we look to Jesus and the Church to help us understand the moral rules that we should be following.  We look to them to keep us spiritually safe.  We don’t have these rules because we hate any particular people, we have them because we love them so much we want them to be in Heaven with us one day.  We know that sin and rejection of Christ and his love will keep us spending eternity with him in Heaven.

It is completely possible to “love the sinner but hate the sin”.  Unfortunately many people have a hard time with this concept.  Perhaps they themselves are not able to separate the two but as Christians we must separate them.  We are all sinners and we are all loved by Christ.  We are all called to love as Christ loved.  This means that we should always show love and respect for each other and sometimes, because of that love, we must point out our brother’s sin so that he is able to turn back to God.   This is hard to do, knowing we will be called bigots, intolerant, judgmental, hypocrites, small-minded, uncharitable, conservative, unfair, or narrow-minded.  Still, as it says in Matthew 5:11 “Blessed are you when people insult you and persecute you, and falsely say all kinds of evil against you because of Me.” 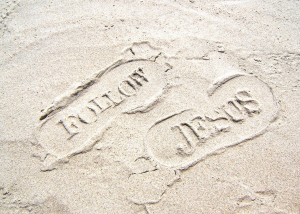