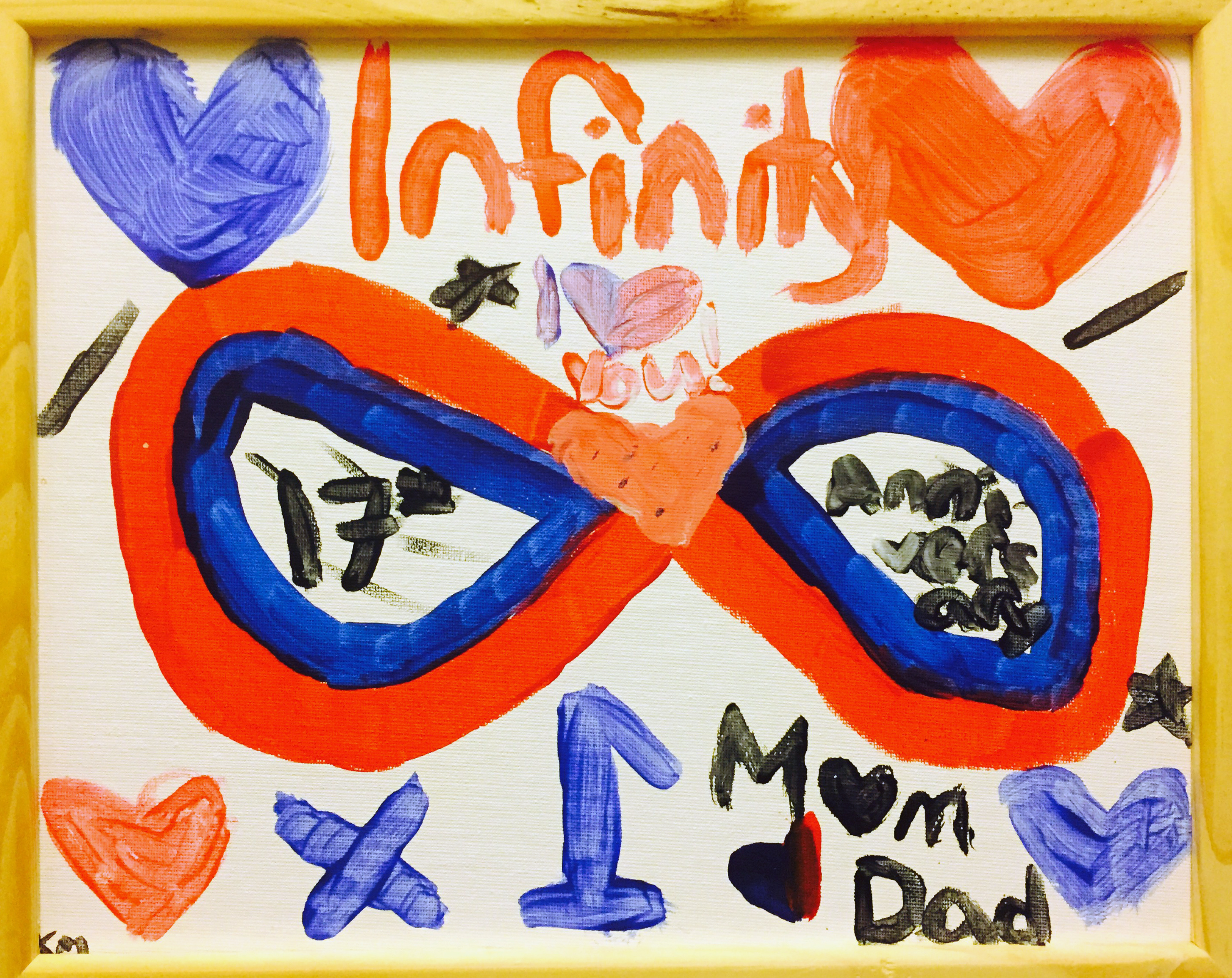 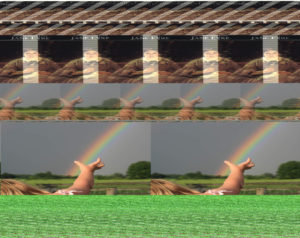 My husband and I have been married for seventeen years. I still remember my young self the day before our first anniversary telling my grandpa that we would not be at the family picnic the next day because we wanted to spend the day alone together. The first anniversary was a big deal, and we wanted it to be extra-special, I told him. Grandpa, in his very wise way, told me that every anniversary was extra-special, and we should remember that. My grandma and grandpa’s nearly 56-year marriage remains inspirational to me; and I did remember his advice. 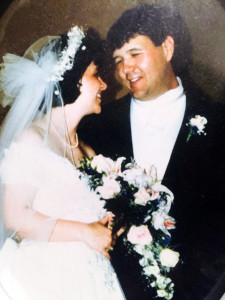 Fast forward a few years and again we were celebrating our marriage. This time we were on the verge of becoming first-time parents. As many young parents can be, we were anxious to meet our little one and absolutely positive he or she would be early. As excited as I was to meet our little one, I lamented how much I did not want to have to share “our” special day. Our son complied nicely as he was only a week late and born nearly three weeks after our anniversary!

Way early this year, I asked our oldest to babysit so that we could go out on a date. I was excited to surprise my husband with the fact that we actually would be able to go out together. Two years ago, we ate out with our youngest along. Last year, I was working all night. However, as our anniversary approached, we found our family dealing with a stomach bug. For nearly two weeks leading up to our anniversary, one person or another was sick. My husband was one of the last to succumb, and I saw our plans disappearing. So much for a special night. 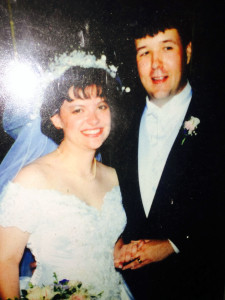 Our anniversary arrived with everyone on the road to recovery. We decided we would still go out. We had errands to run – the hardware store, Target, Costco, the craft store. Romantic right? I was the most excited. I am so used to going to these stores with many children in tow, rushing through the aisles, trying to finish my list before someone melts down. Maybe you can relate? The idea of going with an adult (and especially my husband) was making my day! We started our evening at the hardware store, where the list was the longest. I wanted to also find plants for our garden and possibly a magnolia tree and a lilac bush. The thing we hadn’t counted on was that a strong cold front was moving through the area. The result? Freezing, pouring rain. My wonderful husband braved the cold to try to find the play sand. We ran up and down the aisles looking at the plants, trying to stay warm by moving fast. Back inside, we couldn’t stop laughing about how crazy the weather is in our area. I’m sure more than one person thought we were crazy, having way too much fun shopping for furnace filters. We were not successful shopping for our garden, which was a blessing in disguise as it nearly frosted that night.

The rest of our shopping was the same way. Me excited, him making jokes about what an odd way it was to spend an anniversary. We ended up calling it quits before we went to dinner. Back home, we made frozen pizzas with all the children and sat around the kitchen all laughing way past bedtime.

The whole evening one thought would not leave me alone. Alone time was and is nice. It is essential, as is open communication, of course. However, it did not need to come in an exquisite setting to be special. Time together is what made the day and place special, not the other way around. While being alone together was nice, celebrating “our” day with our children helped to show them the specialness of marriage too.

Life has certainly not turned out the way I thought it would. When I think of our marriage and family, I remember our first dance song, “I finally found someone.” Nowadays I also think of songs like, “I Want Crazy” and “Smile.” When we made our vows of in sickness and in health, neither of us realized the sickness might be holding vigil over one or more of our children as they fight to recover – or how that vigil would be harder than anything we have to endure ourselves. We didn’t realize “for richer or for poorer” might constantly lean toward the “for poorer” because of the unexpected things that arise in life. We did understand, however immaturely, that our faith would be key to staying together. Times when we would rather stand in the rain than look at each other pass by quickly when we rely on God and pray our way through the disagreements.

So, Bryan, hopefully we’ve only just begun on this crazy journey together. I look forward to many more years spent laughing our way through the days. I know God brought us together to hold each other up and balance each other out as we strive to live, and help our children live, the lives God has planned for each and everyone of us, both here and in heaven. Nothing is more special than that! When viewed in that light, every day is a special day, waiting to be celebrated.

“For this reason a man shall leave his father and mother [and be joined to his wife], and the two shall become one flesh.’ So they are no longer two but one flesh. Therefore what God has joined together, no human being must separate.” Mark 10:7-9 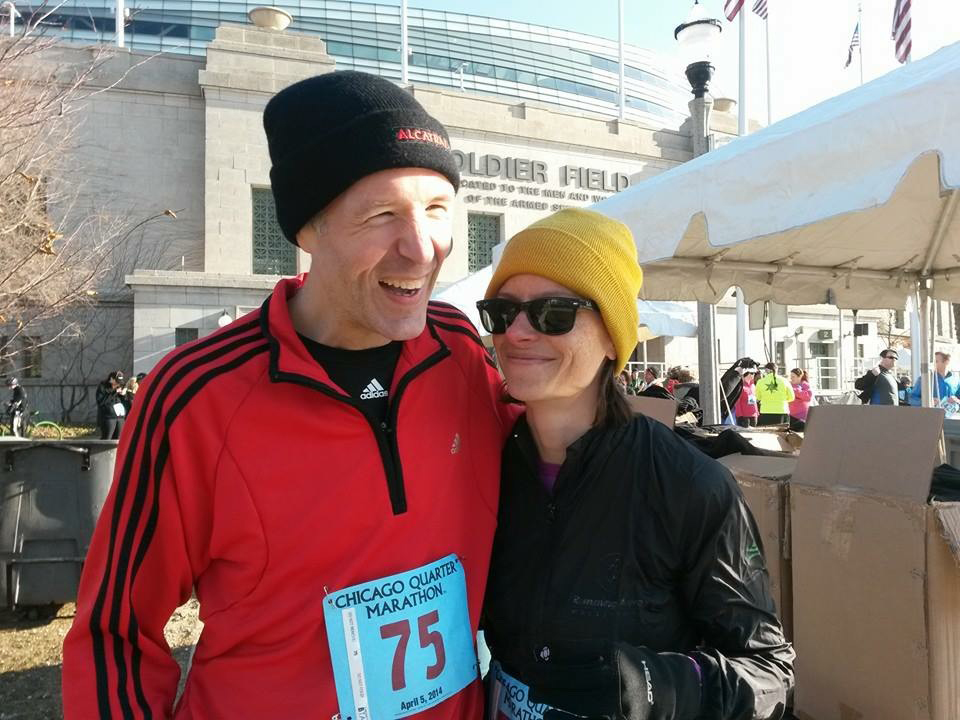 One Reply to “An Everyday Special”