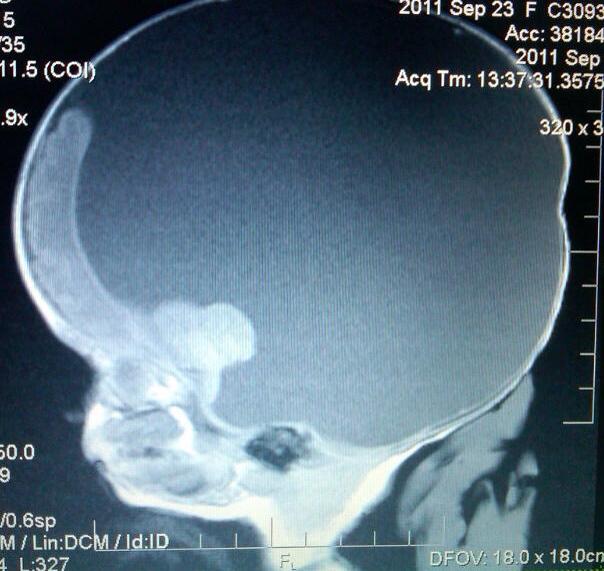 There has been a lot of talk as of late regarding the abortion industry, and many fruitful discussions  have come forth. There have been legislative moves to reduce late term abortions, as happened recently in Texas, there have been more campaigns to educate the public on the truth of the industry, and there has been a very vocal shift in the voice for life in our country. All of these things are amazing happenings in the fight for life, but another more ‘hidden’ aspect of the industry comes to mind that hits close to home.

What came to mind was my own pregnancy.   Upon learning we were pregnant again, of course we were excited, happy and very much looking forward to meeting our new little one. When our mid-term ultrasound confirmed our daughter had a very serious brain problem, of course other emotions set in. Fear. Anxiety. Even a twinge of sadness or disappointment. But that is to be expected. The happiness and love surrounding our daughter were still there – just now with a few extra things attached we hadn’t anticipated. This is when I first encountered the hidden abortion agenda. 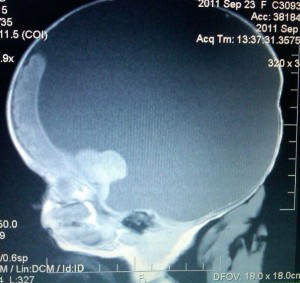 Looking at Meagan’s scan – and seeing all black (fluid) instead of brain tissue.

Thankfully, due in large part to communication with other families, I pretty much knew termination (the code word for abortion) would be brought up at our specialists’ appointment. So I was prepared for it (so I thought). But what I wasn’t prepared for was the persistence. The persuasiveness. The emphasis on how terrible life would be for her. When we told the specialist we were keeping our daughter, we were sent to a “meeting” with the genetic counselor.  Ask me what I learned about my genetic background or that of my husband’s… and your guess would be as good as mine. Because I learned nothing. I like to refer to this meeting as the “termination meeting.” Where, once again, I got to hear from some woman who thought she knew better than I how terrible “poor little Meagan’s” life would be. For us. For our older girls.

Even though we knew our decision on life before we even found out about our daughter’s condition, it was amazing (in a disbelieving sort of way) at the way in which our daughter was suddenly reduced to a list of medical terminology. Fluid in the brain. Hydrocephalus. Developmentally delayed. Probable seizures. Possible in utero death. And I could go on. Why when we walked in to the doctor office was our baby, well, a “baby” with anticipation to find out whether that baby was a boy or girl? Even further personalizing the pregnancy and our child? But when something was found ‘wrong’ with her, why did it turn from personalizing her life to listing it on a medical chart and downplaying her humanity?

Once a child is found to have a problem, or a condition, or a disease or deformity, it becomes very easy to disguise the talk of abortion with devastating medical lingo. Finding out about a child with needs is a highly emotional time for most parents, and for some these emotions unfortunately play into their decision to terminate their child’s life. They are sold lies of despair, discouragement, and often confusion.  I remember distinctly going home and Googling every term I had heard in my appointment. Even though I knew our daughter was ours no matter what, I spent hours upon hours reading, worrying and obsessing over every medical term the doctor had thrown at us. Even in my steadfastness for life, my mind was still distracted by the multitude of new terminology I had heard in one sitting. The more I look back now, the more I realize that her personhood was slowly stripped away in that one appointment. My daughter was reduced to a rambling of medical jargon. Her life was disregarded, categorized, and put on trial all within the constraints of an hour.

Close your eyes. Picture a child in your head. She is about 2 years old..brown hair…hazel eyes.  But also know she has congential hydrocephalus, angenesis of the corpus collosum, absent septum pellucidum, partial seizures, absence seizures, Chiari malformation, inguinal hernia, craniosynostosis, vision issues, failure to thrive, has a g-tube, cannot walk, cannot crawl, and is just learning to sit on her own. She has had 10 hospital stays and 5 surgeries, 3 of which were brain surgeries. What does your picture look like?  Now open your eyes and see her for yourself. 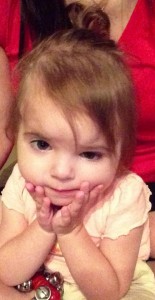 I hope my story can touch at least one person – and help them through that trying time of finding out the child they expect isn’t exactly what situation they expect. It’s ok to take in the medical knowledge. It is important for us – so we know all we can and learn everything possible to become their greatest advocates. But – be careful to not get lost in those terms.  The winding path of medical diagnoses is only a path that will lead us to confusion and despair.  If we focus on that, there is no hope, but our children are the hope of the world.  God gives us children to look to the future. We have to hold on to that hope for these special children.  No matter what labels are attached to them, they are still God’s gifts to us. We can’t let a list of words form a false picture that clouds the beauty of the true portrait.  We need to not let them get lost in the new culture of death that is presented to us in the guise of medical jargon. We need to not let our labels define our children – but let our children instead show us who they are meant to be. We need to remember more than any label, the most important one is that they are made in the image of God – and with Him, no trial is impossible.