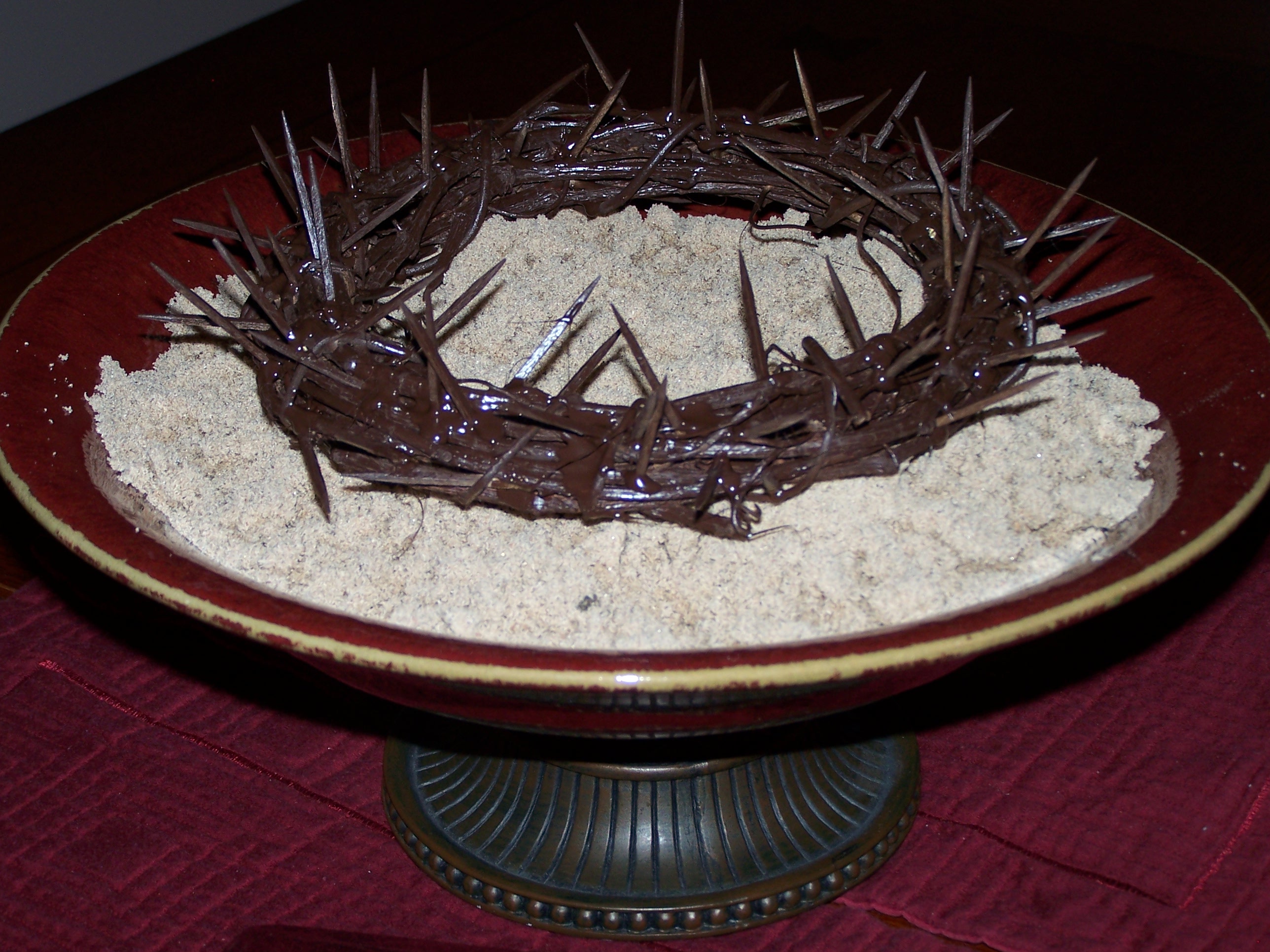 I will begin by saying that I cannot take credit for this idea. I saw it several years ago on a blog and have spent the last month (since I decided that this would be the year that I finally made one) looking for the blog I saw it on so that I could give credit where credit is due and I can’t find it. This tutorial is not the only way that you can create a Crown of Thorns centerpiece for your family this Lent, but it is one way. If you don’t want to craft one you could buy one – but I put this one together for around $10.00 (much more economical than the ones shown here).

There are other ways to make one for your family, such as the one that Catholic Icing featured a few days ago, or you can make one out of dough, but I liked this one because it’s something that can be brought out year after year.

I wanted to make this project because I am a very visual person and I felt like having a visual reminder of Christ’s sacrifice would be a powerful tool for my Lenten journey this year. When I’m struggling with my Lenten sacrifice (giving up ice cream and other junk food) all I have to do is look at that Crown of Thorns sitting on my dining room table and remember that Christ died for me – the least I can do is not eat ice cream until Easter.

These are the supplies that you need for the first step. I just used a hot glue gun that I already owned (and glue sticks) and toothpicks from our pantry. 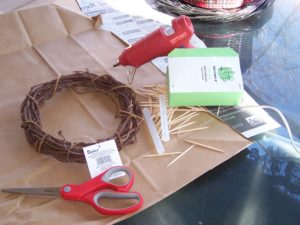 I used an 8″ grapevine wreath, which I ordered from JoAnn Fabric & Crafts because I couldn’t find one that size locally.

I trimmed the toothpicks to 2/3 the length because I personally am a tad bit obsessive and felt that a full length toothpick was too long and out of proportion. 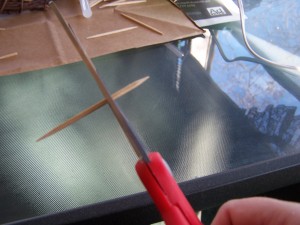 You could certainly leave it original length if you wanted. I just threw away the bottom 1/3 of the toothpicks. 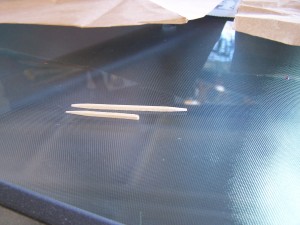 Then begin placing the toothpicks in the gaps of the grape vines and glue in to place with the hot glue gun like this: 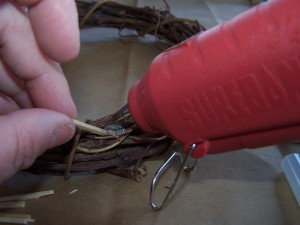 There is no set pattern to follow. I just tried to space them out around the wreath and put them in the gaps. 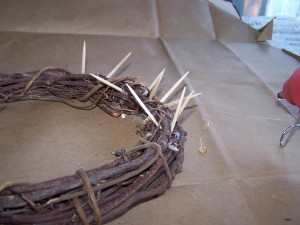 When I was totally finished I had placed 70 thorns around the grapevine wreath as a nod to Jesus’s instructions on forgiveness:

“Then Peter came and said to Him, “Lord, how often shall my brother sin against me and I forgive him? Up to seven times?” Jesus said to him, “I do not say to you, up to seven times, but up to seventy times seven.” ~ Matthew 18:21-22 (NAB) 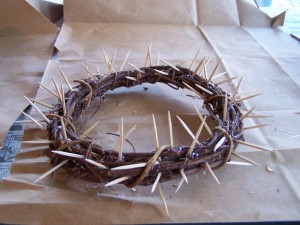 but you could put however many thorns you felt were necessary. Remember, I’ve admitted that I’m a visual person so I like to find symbolism wherever I can.

Some people would leave the wreath like this, but not only am I visual, but I’m slightly obsessive and rather a perfectionist. I wanted it to look like a crown of thorns and not a crown of toothpicks so I took it outside (excuse the lawn, it is late February – normally it’s covered up by snow) so that I’d have good ventilation. 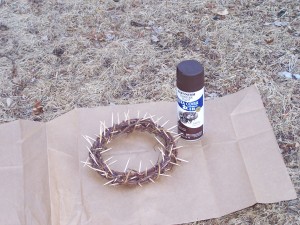 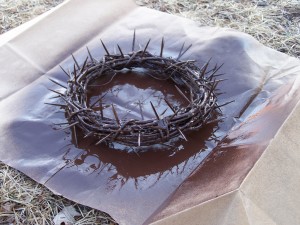 I found a bowl and put some play sand (purchased at our local Menards) in it to serve as a visual reminder of Christ’s temptation in the desert (which is commemorated in the Gospels of Matthew, Mark & Luke) and placed the finished product in the bowl 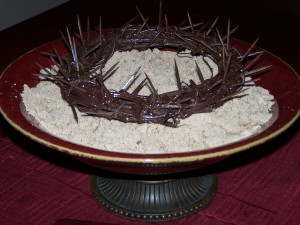 Have a blessed Lent my friends.

3 Replies to “Crown of Thorns Centerpiece”