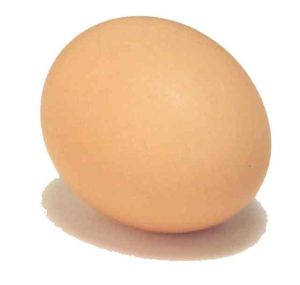 St. Teresa of Avila, a 16th Century mystic, was once complaining to God about her many trials and sufferings. She imagined she heard God say, “But this is how I treat my friends.” To which she replied, “No wonder you have so few, then!”

When I converted to Catholicism 10 years ago, I thought I knew all about suffering. I had, after all, been abandoned by my birth mother at age two. I’d suffered 15 years of severe physical abuse at the hands of my mentally-ill adoptive mother before leaving my family at age 17. I’d endured countless betrayals by “friends,” experienced the painful emptiness of promiscuity, and learned that my incest- and addiction-riddled biological family was not going to be a source of unconditional love after all.

Then I became Catholic. And God taught me how little I really knew about the gift of suffering.

Yes, I called it a gift. In the past decade, I’ve experienced excruciating physical, emotional, and spiritual suffering. First came the chronic pain that began wracking my body just six months after the birth of our third child. The “electrified metal corset,” as I named it, would wrap itself around my back and cause me to literally writhe in agony for hours, sometimes days. I could do nothing during these times except hobble around our home, unimaginably exhausted from the exertion of simply being awake in that kind of pain.

Before the fibromyalgia came, I was a Type AAA. I struggled with perfectionism and berated myself if I failed to live up to the “supermom” image. I interpreted every mistake, every incomplete task as a character flaw, both for myself and others.

But when you are destroyed with pain and fatigue, you learn to surrender those expectations or go mad. I learned to do the little that I could from the couch or the bed, and be happy that I had been able to do that much. I realized that my young children were incredibly capable kids who could perform basic household tasks more competently and cheerfully than most adults. I saw my husband rise to the call to serve me in love by offering not only unwavering compassion, but endless domestic assistance without complaining once. I’ve been sick for the past seven years and every one of us has grown in holiness because of it. My husband has even thanked me for making him a better man by being sick! 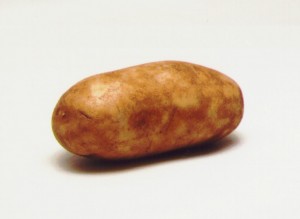 I used to think that nothing could top living with chronic pain–and then my son died halfway through our pregnancy. And suddenly, I experienced an agony of soul so intense that more than once, I wondered how it was possible to feel that kind of pain and not die from it. The sorrow was compounded by the fact that I was angry at my best friend–Jesus–who had taken my beloved son from me. The loneliness, both earthly and spiritual, was overwhelming at times. What reason could God possibly have had for subjecting me to such pain, especially when I was a faithful Catholic?

Then I formed a miscarriage ministry at our parish with two other women and I saw the healing that came to others whose wounds were even deeper than my own. I sat in a friend’s living room and held her as she sobbed in my arms the very night her son was born dead, because no friend or family member understood her pain. I listened to my children discuss their brother in heaven so casually and with such openness, their talk reflecting their simple and perfect faith in the invisible world. I saw myself choosing God consciously, praying “Thy will be done” with a clarity and consent I never had before…knowing the full import of what the Divine Will could mean, and still choosing it over the fear of more suffering. My son gave me even more reason to stay the course, as well as more spiritual help along the way.

Then we adopted a child…that had to be surrendered to another family. Then I got pregnant again…and developed hyperemesis. Then we moved to Alaska…and suffered the worst depression, anxiety, and financial stress of our entire marriage. In the past, I had told myself that if we could just get past this trial, it would be easier; life would be happy and comfortable from then on.

Suffering is something that the human part of us recoils from, much as Jesus did before His Passion. But it is also the primary means by which God perfects us. Think about it: did you ever become a better person by having a good time? Or was it your sacrifices and sufferings that changed you, that made you stronger, more faithful, more loving? It is an answer we hate, but it’s the answer nonetheless.

One day my daughter was complaining that life was miserable and she was tired of all the trials that seemed to unrelentingly assail our family. I took her to the kitchen and put three pots of water on the stove. When the water was boiling in each, I put an egg in one, a potato in one, and some coffee in the last. Twenty minutes later, I removed the egg and the potato from the water and poured the coffee into a cup.

I explained to her that the egg, potato, and coffee represent the three ways that we can respond to suffering. All three objects had faced the same trial–the boiling water–yet they had all responded differently. The egg had become hard and unyielding. The potato was now soft and weak. Only the coffee had changed the water itself into something new and good.

Suffering is an inevitable part of every human life, yet we are gifted as Catholics with understanding that God uses it to effect profound 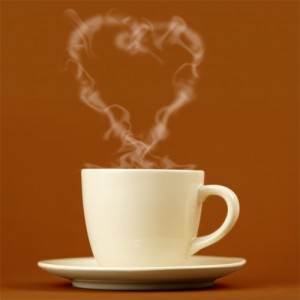 and beautiful changes in our souls. It is never pointless or arbitrary. If God can turn even a gruesome crucifixion into glorious redemption for the world, then surely he can transform our own big and little problems, struggles, and pain into graces and holiness.

When the next trial comes, what will you be: an egg, a potato, or coffee?