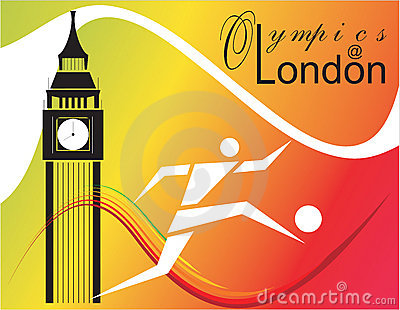 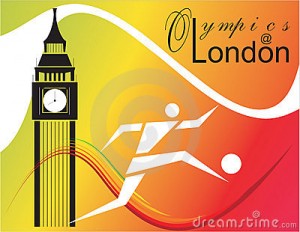 From the time we’re conceived, we are made for greatness. I’m not talking about sports. Have you been keeping up with the Olympics? I’ll admit it snuck up on me when someone mentioned the opening ceremonies were on. We all sat down and started watching. 45 minutes later we were still in the As – as in…this is an alphabetical thing, right? And we’re the United States of America. Great. It suddenly felt like a graduation ceremony…or any long event where you are there to watch ONE person, said in no particular direction.

Once the games started, it became our daily distraction. More than the events themselves, I always enjoy the stories of the athletes, the sacrifices made – the love/hate relationship with the coaches who got them to the Olympics. Immediately my mind goes straight to Scripture I heard three years ago and have wanted to reflect on ever since. I give you one of the most profound pieces of Scripture from my all time favorite saint, St. Paul of 1Corinthians 9:24-27.

Do you not know that the runners in the stadium all run in the race, but only one wins the prize? Run so as to win.

Every athlete exercises discipline in every way. They do it to win a perishable crown, but we an imperishable one.

Thus I do not run aimlessly; I do not fight as if I were shadowboxing.

No, I drive my body and train it, for fear that, after having preached to others, I myself should be disqualified.

The first time I read this it was my first bible study class at my parish. After many years of studying Church history and navigating through online discussions about theology and sharing what I knew in many good apologetics debates, I felt it was finally time to actually dig into Scripture and stop relying on Google. Plus, I was hearing a very sharp message from God that it was time to get into my parish community and stop being a hermit. My first class was 1Corinthians by St. Paul, who is very deep and packs a punch with very few words. I devoured the class and enjoyed meeting with fellow parishioners each week. True fellowship!

This Scripture speaks to what should be the heart of man’s ultimate desire and Paul puts it in words the folks of Corinth can understand. In other words, he meets them where they are. Corinth was a seaport known for partying and a good time. I remember some of the discussion in Bible study going a little something like this: they are the same as us, only a different time. Sinful, fallen, in need of hearing God’s word, caught up in the ways of the world. Corinth was the “modern day” city of its time. And poor Paul had his work cut out for him.

So when he compared the perishable crown to the imperishable crown, was he dissing athletes? Or was he trying to get them to rework how they thought when it came to finite achievements compared to the ultimate glory that God rewards those who are spiritually fit? The rigors of an athlete’s life is not lost on the Corinthians because they were hugely competitive. Corinth was home to the famous Isthmian games. His comparison was pure brilliance because they could relate the kind of commitment it took.

These Olympic games call to mind that Scripture I first heard and reflected on three years ago, especially when I listened to the stories told prior to the event in which the athlete took part. Many of them talked about the tumultuous relationship with their coach…how they pushed them and pushed them so that they could ultimately churn out an athleticism worthy of making it to the Olympics in the first place. What I heard was how I should be applying that same kind of fervor – taking the sufferings that are put in my path and allowing God to prune me so that I can do even greater good to glorify Him.

How are you doing with your spiritual fitness? Are you going for the gold?