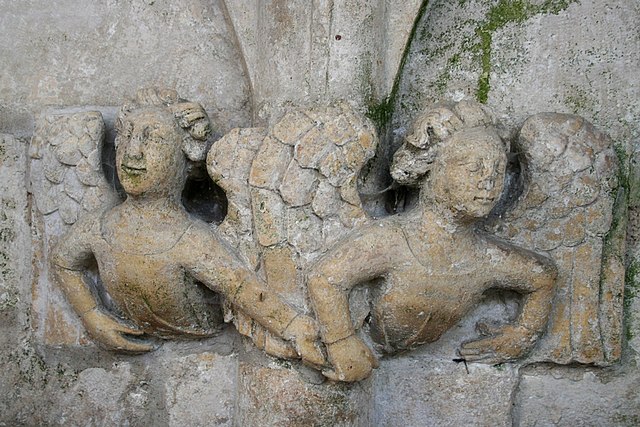 As more is learned about the emotional and spiritual pain that women suffer from losing a child before his or her birth, the Church and other non-profit organizations try to support and nurture these women as best they can. Groups like Project Rachel and the Elizabeth Ministry do amazing work for these women who carry such heavy burdens on their hearts. Both the loss of a child through miscarriage and abortion can be traumatic for all involved. It takes time to heal, and everyone’s journey looks different.

As an adult woman with many children, I feel immensely blessed to have never suffered a loss. I often feel like I have “dodged a bullet” so to speak, when I think about how incredibly rare it is to be able to enjoy all of your children alive here on Earth.

And though I am not missing any of my own children, there are two in Heaven that I miss every day. My sisters. My mother suffered both a miscarriage after my birth, and decided on abortion for an unwanted pregnancy before my birth. But, there are no support groups for me. There’s not a whole lot of information on how to grieve a sibling that some people argue never was a child in the first place.

I had, in my own words, a difficult childhood. Without going into detail, I often felt alone and like I was missing family members. I knew that my life would have been so much different, perhaps easier had I had more siblings. Someone to go through what I was going through, someone who understood, someone to talk to.

As a child, I could not form this idea into a concrete thought. I couldn’t put into words how lonely I was because I did have a family. I had half-siblings and step-siblings, but I had no one that is half my dad and half my mom, just like me. Looking back now, I can easily see why I had this emptiness in my heart. 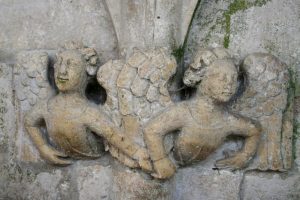 When my mom shared with me her story after twenty-some years, I was at first overwhelmed with emotions for her. I couldn’t fathom the silent pain that she had gone through all this time alone. But the more I thought about it, the more pain I began to experience. I found that I truly missed these two children, physically, emotionally, and spiritually. I began to almost obsess about them and question how different my life could have been. So many of my thoughts became about what they could have been and done in this world. Not to mention the thoughts that would plague me about my own existence and if I was really wanted in this world.

I knew that I needed to know these two siblings. I needed to have some kind of connection to them, so I prayed. I prayed to God to give me some glimpse of what they would have been. I asked Him to reveal some small detail of their faces, their hearts, their anything that I could hold onto. Over time, I had an overwhelming feeling when I prayed about these two siblings that they were girls. I knew this was my gift from God, the little glimpse into their lives I needed.

My heart knew that these two babies would have been my sisters, but once I had this tiny piece of information I needed more. I needed to talk to them, to pour out my heart to them as sisters do. I decided that I needed to be able to call them by name, and so I chose two inspiring Catholic Saints to name them after. I decided that my older sister would be named Gemma, and my younger sister, Gianna. Finally, I felt at peace.

As an adult I grieve every day for these siblings. It wasn’t until much later that I learned that many mothers are encouraged to name their children who have never lived on Earth, it encourages the healing process. I can say it definitely did that for me.

I know my mother doesn’t think of them as boys or girls, she certainly hasn’t named them, and that’s ok. She is somewhere else in the healing process, and I think it will be a long time before she can even think of them as her children. But, I needed to do something for me, I needed to recognize them as human beings that are missed and loved. By naming them, I began to feel as if I could someday heal.

I pray for their intercession daily, and I truly believe that they pray for my children and I. I feel peace being able to spill my heart to them as I would to any sister, we have a relationship even though I have not yet met them.

I would like to be so bold as to ask for your prayers. Please pray for these two children that their souls are joined with God in Heaven. Pray for my own saints, Gemma and Gianna.

12 Replies to “Perinatal Loss: The Rest of the Family”