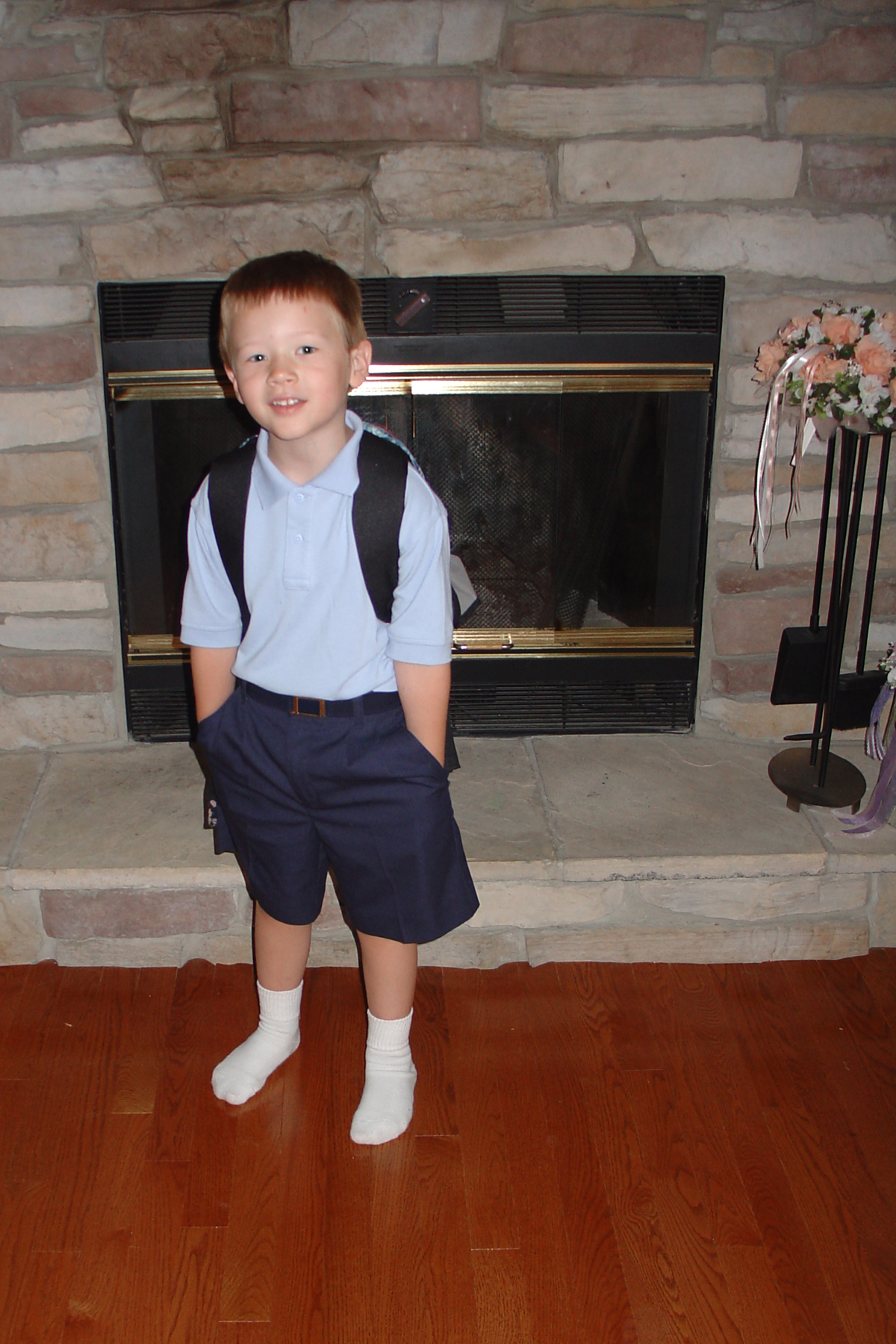 As Catholic Schools Week approaches in our diocese, I find myself reflecting on how we ended up choosing Catholic school for our children.

Catholic school was not really on our radar when we started our family. My husband and I both grew up going to large public schools and did “fine.” When we bought our house, we made sure we were in a good school district and fully intended to send our children there eventually. Then the time came to send our oldest to kindergarten. Full of energy and with a love of story hours, our teacher and librarian parents strongly encouraged us to consider sending him to our parish school as it had full-day kindergarten. Great reason to pick a school, right? We knew we liked our parish, so we decided to try the school. We enrolled our son in kindergarten and our oldest daughter in the nursery school. Soon it was time for the first day of school. We barely knew anyone at the school, save for the few families we had met through church functions and common time spent in the crying room during mass (we had three children with one on the way at the time).

One of the first experiences that solidified our decision being the right one for our family was the first day of nursery school for our daughter. She was only three and cried when we got to school. Her teacher reached out and took her from me and carried her into the school. I took a deep breath and walked out of the school. I didn’t cry until I got to the van. When I picked them both up from school that afternoon, they asked me to pull forward to cone “0” for my daughter. Uh-oh, I thought. But no, her teacher met me at the van, carrying her. She had fallen asleep while waiting in the car line. I took her back from her teacher and buckled her into her car seat. She woke up and exclaimed, “Mommy, I LOVE school!” From that point forward, she jumped out of the car eager to learn and was sad on days she didn’t have school.

We quickly found that St. Mary’s, both church and school, was a second family to us. Through the years, the reasons have multiplied. Being in a Catholic school, the children attend from nursery school until eighth grade. The older ones look out for the younger children.

The eighth graders walk the kindergartners to their classroom each day. The older grades “buddy up” with the younger grades; the classes interspersed at school mass. Oh, and school mass. The songs fill the air. The homilies bring out responses in the students. My first-grader comes home telling me who wrote that day’s gospel and what the lectionary is. They often talk about the saint of the day. Their conversations at home build on what they’ve learned at school and vice versa.

Our eighth graders have been playing basketball together for four years now. They have had enough players to have two teams of ten boys. The teams have been approximately the same for all four years. As the years have gone by, the boys have gelled as teams do. Watching them grow and become young men. They have been blessed to have coaches who care about helping them develop life skills as young men in addition to their basketball skills. 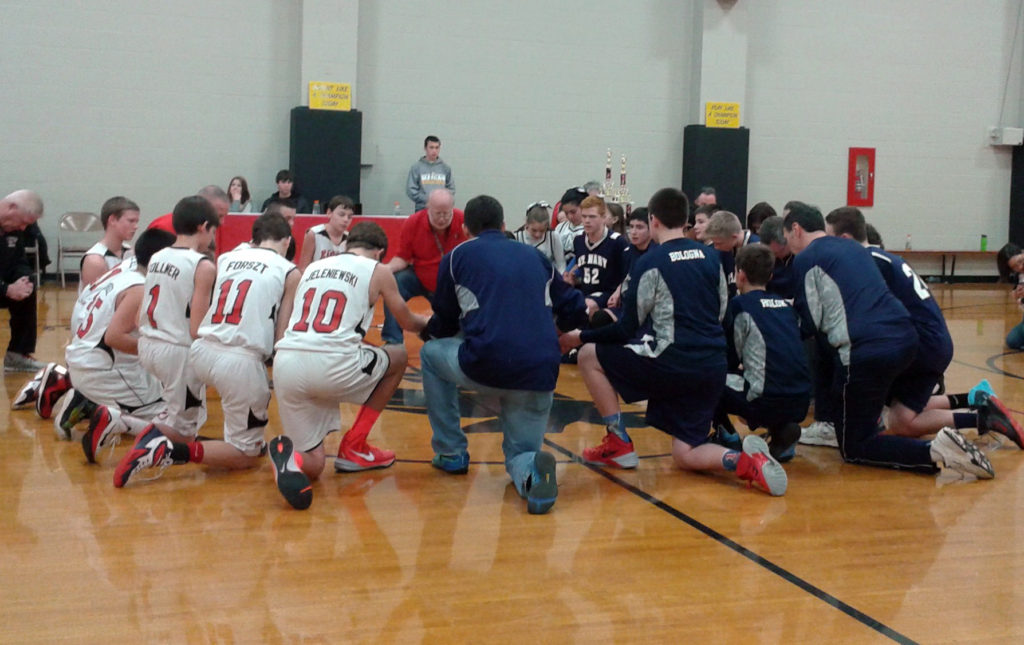 Today we had three basketball games. At the first game, my first-grader was helping me video my fourth-grader. I suggested that she could help with her brother’s game next. She informed me that she had people to see when she was at school. The cheerleaders are very accepting of her and our preschooler and let them cheer along with them. 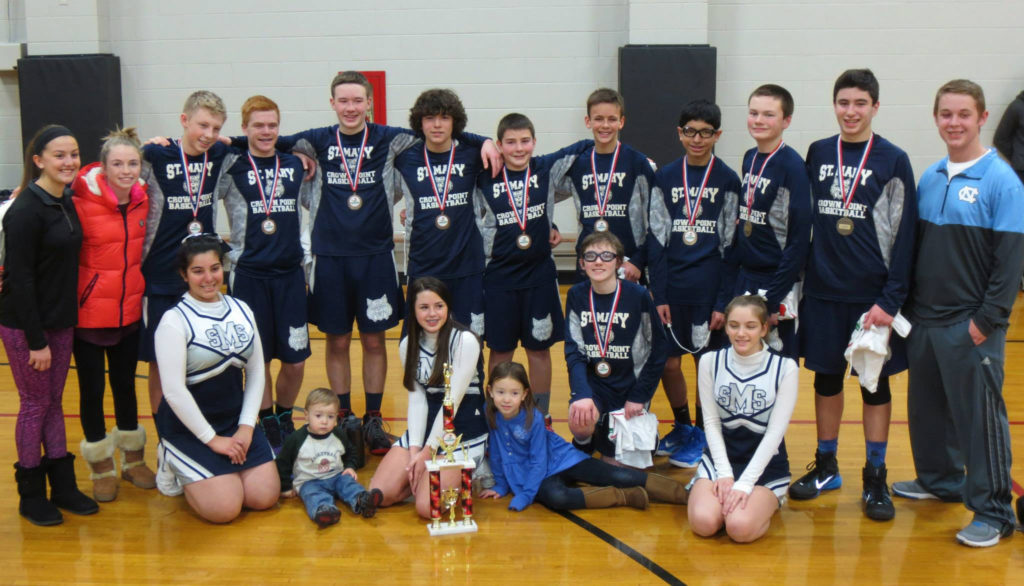 The basketball tournament started this weekend for our boys. The two teams played back-to-back with many of the boys and their families staying for both games. Classmates and fellow students also came to cheer everyone. The whole gym cheered as each of our ten players scored in today’s game. The comradery is unmatched by anything I’ve ever experienced. I know that these boys have each other’s backs regardless of social status or level of coolness.

With an almost two-year old, I spend much of my time chasing my  toddler up and down the bleachers and out into the hallway. Out in the hallway, some of the students were talking. They all stopped to play with my toddler, who ate up the attention. One of the players from the other team saw me coming in and out of the gym, trying to catch a glimpse of the game but make sure the toddler was safe. He told me not to worry, he would watch my toddler so that I could see more of the game. As he said this, the four other students made the same offer. These kids could have easily been bothered by this little brother running around where they were talking. Instead, they were quick to offer to help.

When someone is sick or hurt or in need, the whole school quickly steps up to help in whatever way is needed, praying, bringing meals, offering rides, anything. It is just one way we can open our arms to serve others, bringing God’s Grace to everyone around us. The faith-based education allows our children to pray in school, go to church and participate in the sacraments with their peers.

When we started out, we were looking for a sound academic foundation for our son in full-day kindergarten. We have not been disappointed with that. Our son is currently taking classes two years ahead of his grade level, an opportunity that may not have been available to him in a different school. What we have found in addition is that our children are also receiving a strong expansion of their understanding of our beautiful faith through the integration of faith into each of their subjects. We teach and try to model the faith at home and love that these ideals are being fortified through their learning at school.

Faith, Academics, Life Lessons, and Compassion are the reason Catholic school education has remained the best decision our family has made.

One Reply to “Our Catholic School Family”