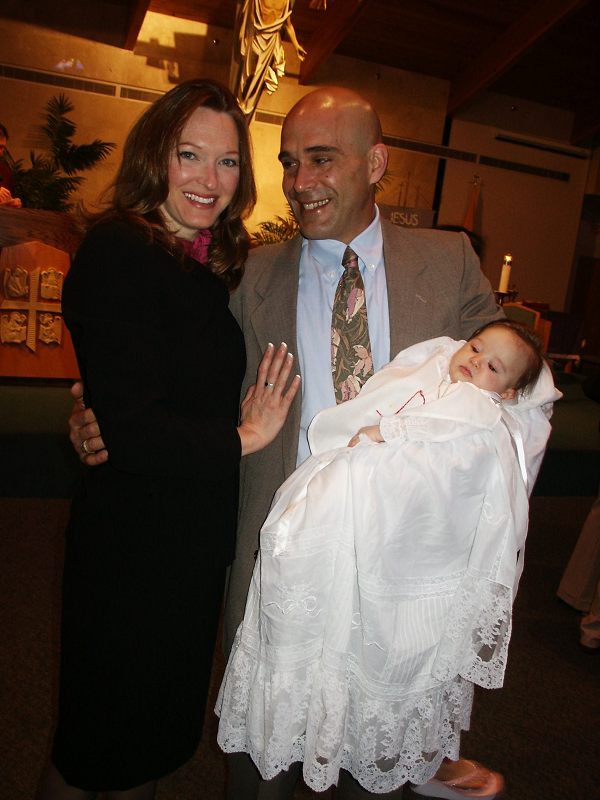 “I only wish that Catholics would really cherish the word ‘is’ even though science cannot say anything about it.” Those are the words of Fr. Stanley Jaki, priest and physicist, during a lecture given at St. John’s University on February 20, 2003. I didn’t read that until recently, but it just so happens that this lecture was given on my thirty-fourth birthday, a time when I was rethinking the meaning of life. A year later, pregnant with our second daughter, I decided to become Catholic, and during those days I pondered the meaning of that little word, as a chemist, a mother, and a convert. Christ said, “This is my body.” I believed it because if that is not true, then what Christ said is not true, and there is no hope for redemption.

But how can a chemist believe that bread and wine are changed into the body and blood of Christ, even when they still look, taste, and smell like bread and wine? Easy. The mastery of chemistry demands that you believe things exist and change in ways invisible the unaided eye. I’ve never seen an atom; I don’t know what protons and neutrons look like; I’ve never watched electrons orbit. I can only visualize the formation of covalent or ionic bonds as they are made and broken while matter and energy are conserved for all time. Yet, I know that every physical substance in existence is made of these things, be it bread or blood or my great-great-great grandmother’s earthly body. Atoms or subatomic particles do not determine what a substance is. God, who made everything, does.

Like any physical science, chemistry is, admittedly, limited to physical properties, but as a mother it was naturally intuitive that science doesn’t have the final say about what something is. I knew my children, even in the womb, were more than lumps of matter, and as their bodies changed, I knew it was still the same child. Even more, I had no difficulty accepting that while appearances remained the same, the substance could be changed, for I believed it of myself. I believed that the grace of Christ would transform me — same physical body, new creature.

By the way, I named that daughter Grace. I wasn’t received into the Church for two more years, but we have never missed a Sunday Mass since her birth because even when I wasn’t in full Communion, I wanted to be in His presence. Cherish it? I sure do Fr. Jaki.

17 Replies to “A Chemist Believes in Transubstantiation”