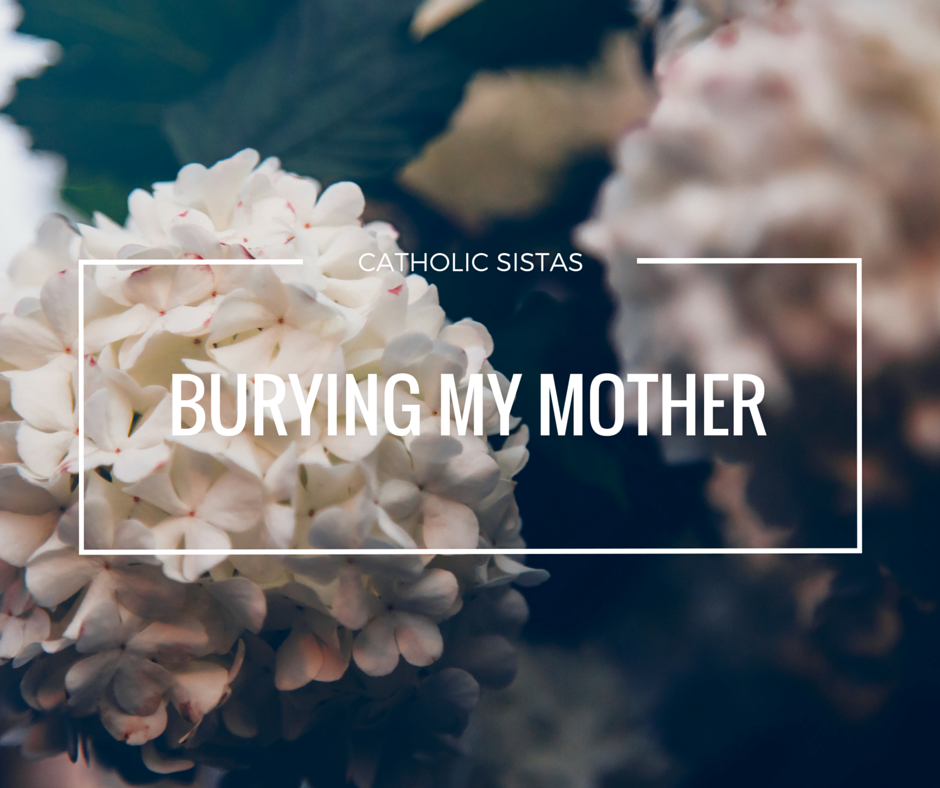 This is the way the world ends / Not with a bang but a whimper. -T. S. Eliot

Last year, I buried my mother.

The hardest part is that she’s still alive. In a world where motherhood is held sacred, nobody ever talks about what it’s like to not have one. Or if they do, it’s in the hushed, reverential tones reserved for a great family matriarch who passed away (may she rest in peace). But nobody throws a wake or sits shiva for an ambiguous loss. You can’t eulogize a woman for living when she never died.

I was fresh from the epidural with my own first child when my mother went off the rails. She had always had a tenuous grasp on reality — alternately diagnosed with schizoaffective disorder and type-I bipolar with psychotic features, she had a habit of going off her meds just to keep us on our toes. She was a smart woman, fiercely loyal, with funny ideas about religion and politics. God help you if you weren’t Catholic, and if He didn’t help you, she would. She was a hoarder — you couldn’t actually walk through our house when I was a kid— but never one to stand on ceremony, she would invite friends, Romans, and random strangers off the street for dinner anyway. She was loud and rough-hewn and embarrassing and about as tactful as an elephant in hobnail boots and my God, I despised her growing up. Her love was uncomfortable and exacting and often oppressive, but she loved people, including me, and things and books and ideas and her faith, and she loved them with gusto. She loved being right, even when she was wrong. As an adult, we butted heads over just about everything, but she could laugh at herself for being a judgmental old broad and then we would order Chinese food. For as long as I can remember, she would have “episodes” where she would disappear into locked wards — depressive episodes, manic episodes, psychotic episodes — but she’d come back eventually and we’d have a good laugh about it afterwards.

And then — then she stopped coming back. I was nursing a colicky, cluster-feeding newborn when I first got the call that my mother was leaving my dad. I remember thinking it was a joke. My cradle Catholic mother, who viewed divorce as the last great mortal sin? The same one who just renewed her vows for her 40th anniversary last year? Surely there was a mistake. But I wasn’t just another adult child of divorce. She was manic and psychotic and had gone off her meds and run off with my dad’s money and taken out a loan against their house and was stalking a religious cult leader and was homeless and possibly seducing taxi drivers. After weeks of news upon news, she was finally hospitalized after some sort of altercation with the law. She stabilized, briefly, and met my son when he was eight months old. Then it all went straight back to hell. She came back to her house and began making up wild accusations against my father and concocting theories about the government spying on her through her cell and her incandescent porch lights. So she smashed those pesky light bulbs and some windows for good measure and began leaving the gas running, falling down the stairs, having repeated fender-benders, destroying her own property, collecting DUIs, leaving threatening notes for all of us. I spent my months of new motherhood calling various cops and crisis response teams to check on my own mother from hundreds of miles away.

I traveled from northern New York with my then-eleven-month-old when a social worker called and asked me to testify at her involuntary commitment hearing. My mother’s condition then grew worse as she refused medication, and she would emerge one final time before she grew so frustrated with me for failing to “save” her from the psychiatrists attempting to medicate her that she cut me off altogether.

The last I heard, she had run off again and was back in a psychiatric hospital. For the first time, I cried.

I cried because I buried my mother alive and there was no one to grieve with me or offer words of comfort. There were no polite words to well-wishers, no little black dress, no casseroling over reminisces. The last conversation I had with my mother, she was semi-lucid. She asked if I wanted her to send me my Scarlett O’Hara doll; it was at her house. I love you, she said. I love you too, I said, because what else was there to say? “My feelings for you are complicated because I’m questioning everything I once believed and held dear”? Faltering, feeble on its feet, I have to believe that a mother’s love endures, and that somewhere in the refracted light of a shattered mind, the woman who rocked me to sleep still meant those words.

My Scarlett O’Hara doll came in the mail just before I heard of her last hospitalization. It occurred to me that my mother and Scarlett had a lot more in common than not: courageous, passionate, and bullheaded to the end, unwittingly leaving questions and havoc in their wake.

But I am not throwing a wake. And this is not a eulogy.

5 Replies to “Burying My Mother Alive”