Many Catholic Sistas contributors participated on another site called BabyCenter when we were pregnant. We were looking for information as well as support from women like ourselves. Our strong Catholic convictions soon resulted in groupings of like-minded individuals. This culminated in a lively BabyCenter message board for Catholics. Although we didn’t exclude anyone, we asked that members be courteous and use Church documentation in answering “tough” questions concerning birth control, abortions, gay marriage, etc.  The resulting  L-O-N-G ‘discussions’ sometimes found ladies who refused to comply with this request. We also were ‘trolled’ with frightening regularity. Occasionally we would have issues with what BabyCenter itself was advising women. But that never dampened our enthusiasm for educating others — if anything it fed us and kept us thinking outside the box.

Many of us have now all but abandoned BabyCenter with the advent of our CS blog as well as the upsurge of Groups on Facebook. However, none of us have lost our love of the Church and Her teachings. We scour the blogosphere for information that we can use for educational purposes. This lead to the discovery of an article entitled, BabyCenter.com Promotes Early Drug-induced Abortions on LifeSiteNews.com.  The author of this article was surprised that BabyCenter advises pregnant mothers in their 27th week to start thinking about tubal ligation and other ‘family planning’ methods. One of the suggested means of ‘family planning’ is the so-called Plan-B. Here is an excerpt from their article on this means of birth control:

“If your regular contraceptive method fails you or you forget to use it or use it incorrectly, using emergency contraception can significantly reduce your chances of getting pregnant. Emergency contraceptive pills — sold under the brand name Plan B — are the most commonly used method. (Alternatively, you may have a copper IUD inserted to prevent pregnancy after unprotected sex.)”

As a Catholic, I am utterly dismayed, but not surprised that a secular site like BabyCenter would push Plan-B. As a responsible person, I am affronted by the lack of concern women (and people in general) show about something as important as married intimacy.  After all, the leading reason for abortions (and birth control in general) is some form of convenience — cannot afford a baby, not enough time for pregnancy or a baby, job or school takes too much time, etc. No one looks to the root cause of pregnancy – sex, and moderating that behavior. No, that would trample on their right to consequence-free promiscuity. They would have to be abstinent or monogamous for that to work. That would mean they couldn’t have ‘fun’!

Most women who are on birth control or use Plan-B have no idea that there are consequences to these drugs. Oh, sure some women acknowledge that they have weight gain or some other minor side-effects from the hormonal forms of birth control. What they do not consider are the hidden aspects of their birth control: increased risks of certain cancers, increased risks for cardiovascular events like strokes, environmental concerns after excretion. If you’re going to be hard-nosed about it, these convenience medications are actually quite deadly not only for the woman ingesting them, or her unborn child, but also for the environment and everyone living in it. <—- That would be you and me!

Don’t believe me? First, let’s address the informational packets included with birth control (including Plan-B) that most people discard immediately. On these inserts, the FDA has required drug companies to include the mechanism of action and negative side effects. However, they don’t require this information to be written in large print, discussed by your doctor, or written in layman’s terms. The following information comes from the Plan-B package insert.

Plan B One-Step is believed to act as an emergency contraceptive principally by preventing ovulation or fertilization (by altering tubal transport of sperm and/or ova).

In addition, it may inhibit implantation (by altering the endometrium). It is not effective once the process of implantation has begun.

The secondary action listed is inhibiting implantation by thinning of the endometrium. What does that mean you ask? Well, the endometrium is responsible for forming the placenta. Why does that matter? It is this that feeds the newly conceived baby. Wait a minute… This is emergency contraception, meaning avoiding conception. If a baby has been conceived, then this isn’t avoiding conception at all is it? If conception has occurred, doesn’t that mean pregnancy has begun? Hmmmm — that doesn’t sound right, now does it?

So if you’re still thinking Plan-B sounds ok, let’s evaluate the safety testing done on it (and other hormonal birth control methods). First, let’s make an important note: Plan-B is available without a doctor’s prescription. That basically means that it is an over-the-counter drug like Tylenol. Theoretically, it is supposed to be kept behind the pharmacy counter, but in reality, who knows how good stores are about this regulation. So if your doctor doesn’t know you’re taking this and you don’t read the product insert, how are you going to know whether you should actually be taking this medication? You won’t. Heck, even doctors aren’t 100% certain because in numerous places in the insert there are two concerning phrases…

So now, let’s circle back to the original article reference. As a scientific issue, this type of “contraceptive” is actually an abortifacient. I’ve proven that using the package insert  and science (not emotion or religion). From a moral standpoint, all life is sacred — especially to Catholics. However, many people (Catholics included) either ignore or are ignorant of the link between life beginning at fertilization and the use of birth control. 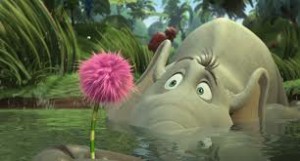 “A life is a life, no matter how small.” Even Horton from, Horton Hears a Who, knew and addressed that issue. Young and old alike, applaud Horton’s protection and tolerance of the unseen lives on his flower. But where is the encouragement to protect the unseen lives in the womb? As their tag line suggests, BabyCenter should be about ‘pregnancy, baby, toddlers, and kids‘. When I joined BabyCenter, I envisioned support for my growing family, not advice on how to minimize my family’s size. Yet BabyCenter is taking the ‘family’ out of ‘family planning’.  Isn’t that counter to their stated purpose? What a travesty!

3 Replies to “BabyCenter advocates for abortifacients?”