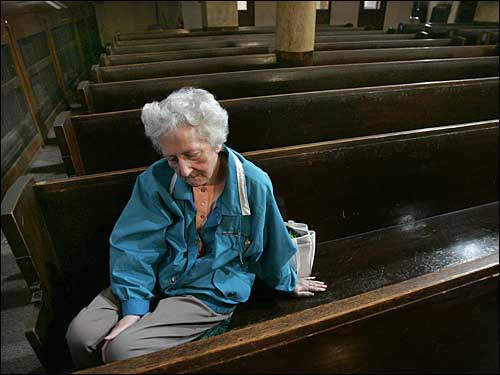 A few months ago, a movie rental named Idiocracy arrived in a familiar red envelope to our home. It features Luke Wilson as perfectly average Private Joe Bauers who is selected for a military experiment to be kept in a state of hibernation, which accidentally lasts 500 years. When his little time capsule opens up, Joe hatches to a very, very different culture, as you would imagine. Joe finds himself to be, by far, the most intelligent, educated and civilized person on the planet. The movie compares two schools of thought in the early 2000’s by contrasting a well off, educated, career driven couple to a particular man, living in a trailer park, not so well off, not so well educated, and utterly unrefined. The couple is interviewed several times through their lifespan, each time agreeing that it’s just not the right time to have a child. They have many different reasons for postponing or preventing pregnancy, whether their goals are in the way, or the world just doesn’t seem fit for bringing forth a child. The couple goes on to never have children. Meanwhile, their counterpart, the man in the trailer park, proceeds to have many, many children with his wife, and with his mistresses, presumably because he just can’t seem to control himself. Therefore, Private Joe awakens 500 years later to a world populated by the offspring of the man and his many partners, which results in a movie displaying mostly crass and disgusting behavior.

Idiocracy, however, did get one thing very right. Our world is indeed changing demographically, generation by generation, due to the birth control mentality. There are two mentalities working to change the population 1) post-poning, preventing and terminating pregnancies due to less than ideal circumstances (finances, convenience, career, desires, fetal medical issues) and 2) embracing fertility by having several to many children. The philosophy of those in the first camp are literally practicing themselves into endangerment. Sure, world wide, our population is at an all time high of seven billion, but certain groups are dwindling none-the-less.

“Children, our future, are perceived as a threat to the present.”

In New York, home of Planned Parenthood, 41% of all pregnancies end in abortion. However, it is not 40% across every race, 60% of all African American pregnancies end in abortion. Just think about how the demographics of daycare centers and schools are changing because of these numbers. And think about how much older the city is getting as those who have been allowed to live are living longer due to amazing medical advances, yet the pre-born are being avoided or snuffed out. Planned Parenthood gets to sit by and watch these chilling statistics (as they help eliminate not just people, but races of people) with the excuse this isn’t eugenics, it’s “choice”. Now, these are only abortion statistics, just think of the number of children across all races that are never conceived due to other methods of birth control.

Europe seems to be a leading example of a culture practicing themselves into extinction. A birth rate of 2.1 children per woman is accepted as the replacement rate for a group of people to remain at the same population, to account for the woman, a man, and to make up for others who never have children (by infertility, by choice, by vocation or by death). However, parts of Europe have a birth rate that has plummeted to 1.3 births per woman. This rate is leading Europe into endangerment as, within our lifetime, their population will be cut in half and the damage will become statistically irreversible. Towns have already become desolate, and government incentives exist for simply having a baby.

A third example I would like to site is the decline of “Mainline Protestant” churches. The leading factor for the trend is the low birth rate due to their teachings on contraception and abortion. They simply aren’t having enough children to replace themselves. Meanwhile, conservative Evangelical/Fundamental churches, and the Catholic Church are maintaining and and even rising in population, in part, due to higher birth rates. For example, the Roman Catholic Church has always taught a married couple is to remain open to life, and that it should only be under grave circumstances a couple avoid or delay pregnancy. While certainly not all Catholic couples adhere to this teaching, enough couples are such that there is a correlation between teachings on openness to life and birth rate.

I once read a quote from Mother Teresa where she said the way to end abortion is to have another baby. I didn’t really get it at the time, and thought she was just being a sweet holy lady. But no, this advice is profoundly wise. She’s pointing out the power of people, the power of human life, especially the power of a future activist and voter.

The populations that are embracing abortion and contraception are not having enough babies to pass along their population control teachings to. They are championing for reproductive rights, yet their practice prohibits contribution to future generations who should “benefit” from those rights. Just how good is a philosophy if it works against someone in such a basic way? Here’s where the Idiocracy movie comes back in. As the generations continue, we’ll see the results of all the birth controlling. Those controlling their reproduction will have left a small, dwindling legacy behind, while the descendants of those open to life will have gained more than the majority’s share and will be taking over, so to speak. Just think about how common the name Duggar will be in Arkansas in just a handful of generations (even if all 19 kids don’t go on to have 19 of their own). Meanwhile where did the Joneses go? What will the world look like, demographically, in the future? As Idiocracy pointed out, the future does lie in the hands of those who are having (and teaching) the most children. Opponents of openness to life degrade the philosophy as “breeding” in an attempt to devalue the very thing that will triumph over them. Yet, the future undeniably lies with those who embrace the power of the human fetus.

P.S. I do not encourage you to watch Idiocracy, it’s not worth your time.