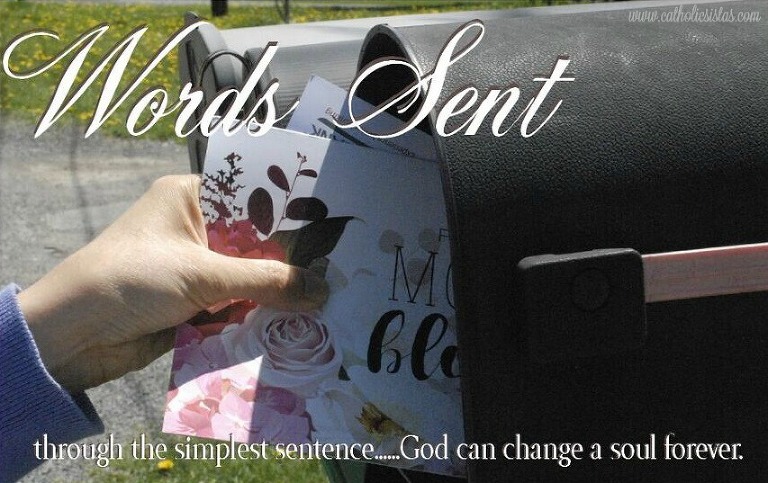 “Hello. Can you talk? I am feeling awful today?”

That conversation was maybe eight years ago. A couple years earlier then it, I was hit with a simultaneous ‘triple whammy’: Heat Exhaustion, Lyme Disease, and Panic Disorder. As I set about the long muddy road to better health, I felt alone and in the dark. Many of my friends did not know how to approach me, for I was brought very low. Overnight I went from lively, confident, and motivated to exhausted, afraid, and defeated. Sunday Mass and doctor appointments were the only reason I left my home, which was not like me. But one person who put aside her discomforts gave me time.

“I get so low, Vicki, the doctors…the medications… the anxiety…my family…what am I going to do? I try, but I get nowhere.”

My friend knew the sounds and face of anxiety disorder and living in fear. She listened, and over and over patiently encouraged me on the phone that day. Slowly, bit by bit, the phrase she repeated began to deeply root into my mind.

“You’re right, I know you are right. It’s so hard to trust, though.”

The conversation was a long one, but echoes in my memory with those three words, one friend…and one moment.

Hanging up the phone, I was refreshed mentally and was able to put myself about doing little chore, saying, “It’s all good.” So, I walked to the mailbox, and got the mail.

Such a simple walk to the end of the driveway can be so invigorating. It is like a ‘good-bye’ to the morning and a ‘hello’ to the afternoon. The stroll itself motivated me to see the day through to the end with newness, but little did I know…not only for that day.

I opened the mailbox…

“What?!” The words I read on the flyer took firm, lasting root in my heart and soul! I read it again. I laughed a real laugh, looked up and said, “You are so funny! God, you have made your point.”

The phone was immediately dialed again.

“Vicky, you won’t believe this! A flyer in my mail today has written in its top corner in big bold lettering: It’s All Good!”

“I told you it’s all good.” She was so calm, but I could tell she was smiling. We both felt such confirmation, and I His direct touch. And we knew no more had to be said. 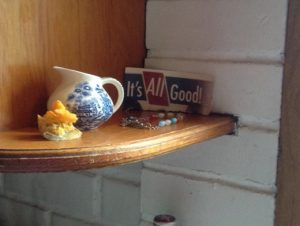 I gently tore the phrase from the flyer and taped it on a little shelf beside my kitchen sink. It hasn’t moved since, however I have not stopped moving. The fear was being drained faster than ever, and filling up the space was faith and hope. Sure, the hard work wasn’t over, and uncertainty in its various forms still comes and goes. But with God, all is brought to good. I knew if I continued to seek God in prayer and did all I could one day at a time…..God would take care of the rest. And boy! Has He done so! But those stories are for another day.  Today? Remember……..It’s All Good!

« Shaped in His ImageFriends in {Really} High Places »