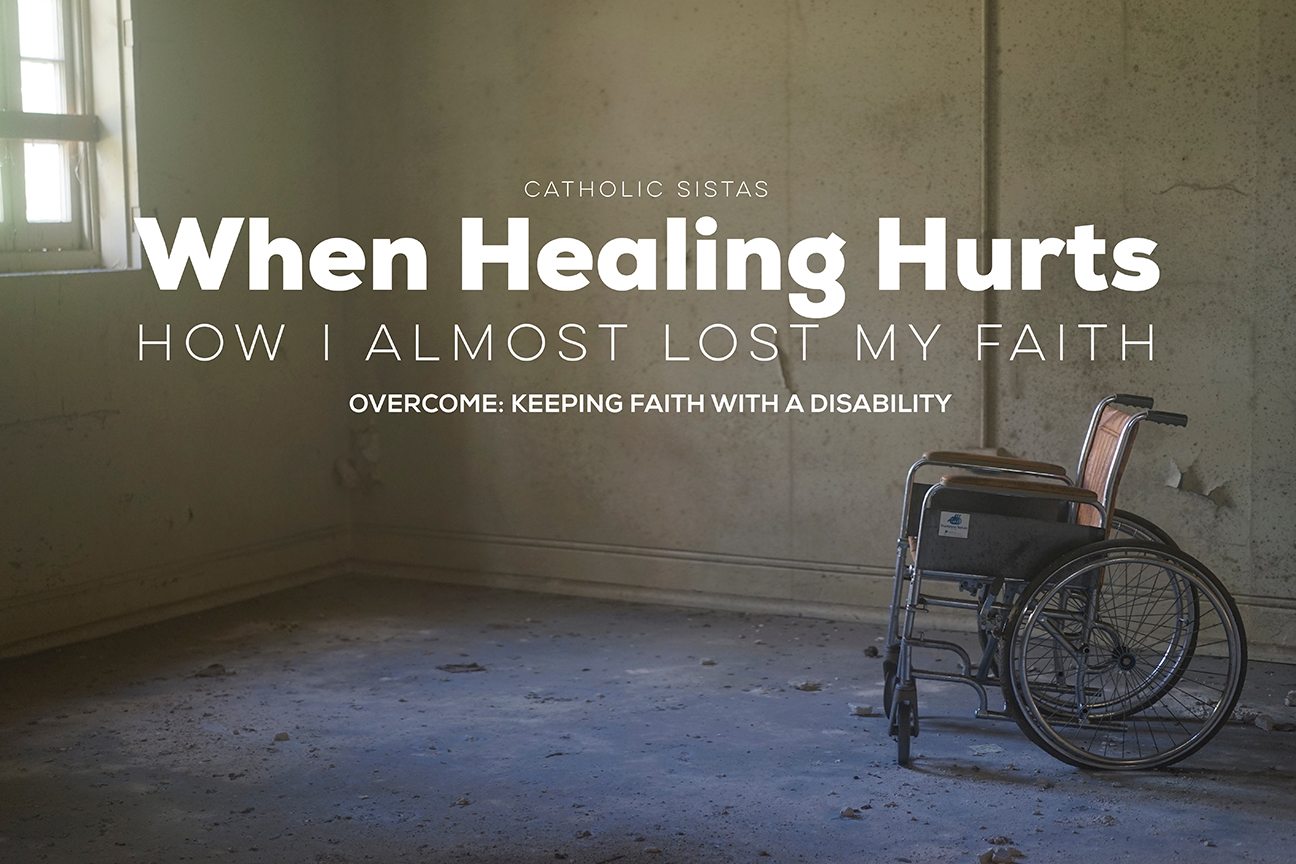 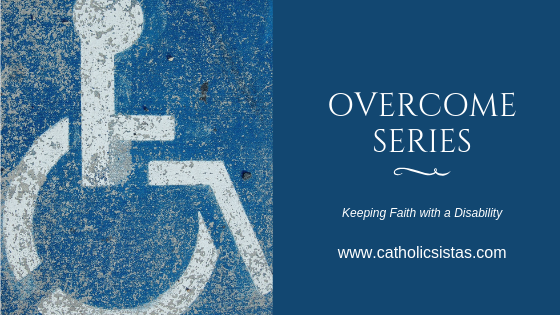 The Beginning of Doubt

I exited the Taco Bell, oblivious to the event that would forever change my life. At the time, I was a young 13-year-old girl with Cerebral Palsy. My mom had hired a companion to work the weekends in order for me to have more independence. I was waiting for my companion to start the car when a man approached me. He said, “if you believe, Jesus Christ will save you, you will be healed.” His words shocked me. As a young Catholic, I had no idea what he meant by Jesus Christ saving me. I knew Jesus Christ.  I thought I believed in him. Yet the concept that he could save and heal me never crossed my mind. I immediately wondered if the guy was an angel since my companion never saw him. However, upon returning home I began to embrace reality. In the midst of tears, I told my mom what happened. For the first time in my life, I asked myself, why doesn’t God heal me?”

At the dinner table that night, My family went to say the blessing. I tried to take my mom and dad’s hand, but I was shaking. My mom saw that I was clearly uncomfortable. She asked, “ are you having trouble praying because of what happened today?” I nodded my head weakly. At that moment we stopped praying the blessing. Throughout high school, my family and I would continue to go through the motions of being practicing Catholics. I would reluctantly attend Mass and youth group. Somewhere along the way, my mom decided to raise my brother in a Baptist church. As an 18-year-old, my mom left me to make my own religious decisions. Still angry and confused, I entered college as an agnostic.

During my last year of college, I became very ill. No-one could figure out what was wrong with me. I would end up leaving the university and returning home. While home, I would be admitted to Virginia Commonwealth University Medical hospital. Even in the hospital, I could not escape the mentioning of God’s healing. One instance, in particular, affected me. I was in the hospital bed waiting to receive x-rays. A fellow patient from across the room commands my attention. He asked me if I believed in Jesus Christ. I said I thought he was a good teacher. The gentleman proceeded to tell me about the healing of the blind man in the gospels. He said that he would pray for my healing. This stands out to me because I had assumed that my physical disability made me an easy target. Yet, this man knew nothing about me and still wanted to pray for my healing. The hospital experience forced me to acknowledge a higher power. I had to rely on and trust in something beyond my own strength. While in the hospital, Regent University accepted me into their Masters in theology program.

Confronting Name it Claim it Theology

Regent University, while a good school, caters to Pentecostalism. Thus one learns to expect the miraculous at every turn.  I would attend events on campus and random strangers would ask to pray for me. During my time at Regent, there were two notable instances. The first occurred when I was volunteering at a homeless shelter. We had just finished our job and were in the parking lot. My friend was meeting another mutual friend for a late dinner. While in the parking lot, this mutual friend decided to pray over me. After he prayed, he insisted that I get up out of my power wheelchair and walk. His forcefulness shook me emotionally. I felt broken. He claimed that God had called him to be a prophet that would bring down heaven. He wanted to keep praying until something happened. Emotionally drained, I declined. Second, a man confronted me at a praise and worship concert. He asked if he could pray for me. I accepted and told him what I wanted for prayer. Unfortunately, he decided he would pray for me to walk instead. I interrupted him and asked if I could finish the prayer. He was shocked.  These two instances stand out in my mind. I had multiple opportunities to confront the Name It Claim it theology while at Regent University.

At this time, I attended Vineyard Church. The young adult pastor also wanted to pray for my healing. When I mentioned my struggles with healing, he said something insightful. He said that we do not pray for the results, but to increase our faith and trust in God. His advice has followed me through my reentry into the Catholic Church. Catholic theology allowed me to reclaim the notion of redemptive suffering. The notion that I can unite my suffering with Christ. In my heart, I knew that this is what I was missing. I no longer had to feel bad about my lack of healing, but rather my suffering had a purpose. Redemptive suffering needs the concept of healing otherwise it just becomes an excuse for unbelief. I desperately wanted to combine both theological principles. Luckily, The Catholic Charismatic renewal showed me the way. One must both pray for healing and offer up the situation.

Jesus said to pick up our cross and follow Him. He also said that His burden was easy and light. As disciples of Jesus, we are supposed to straddle both statements. For those who carry the cross of suffering and disability, this can be hard to accept. For myself, it took eight years for me to accept healing and miracles.  I rejoice in a God who loves me. God humbles and challenges me through unanswered prayers for miraculous healing. Yet despite the lack of answers, I cannot use it as an excuse to deny God’s provision. I pray that all those living with a disability can also find peace. 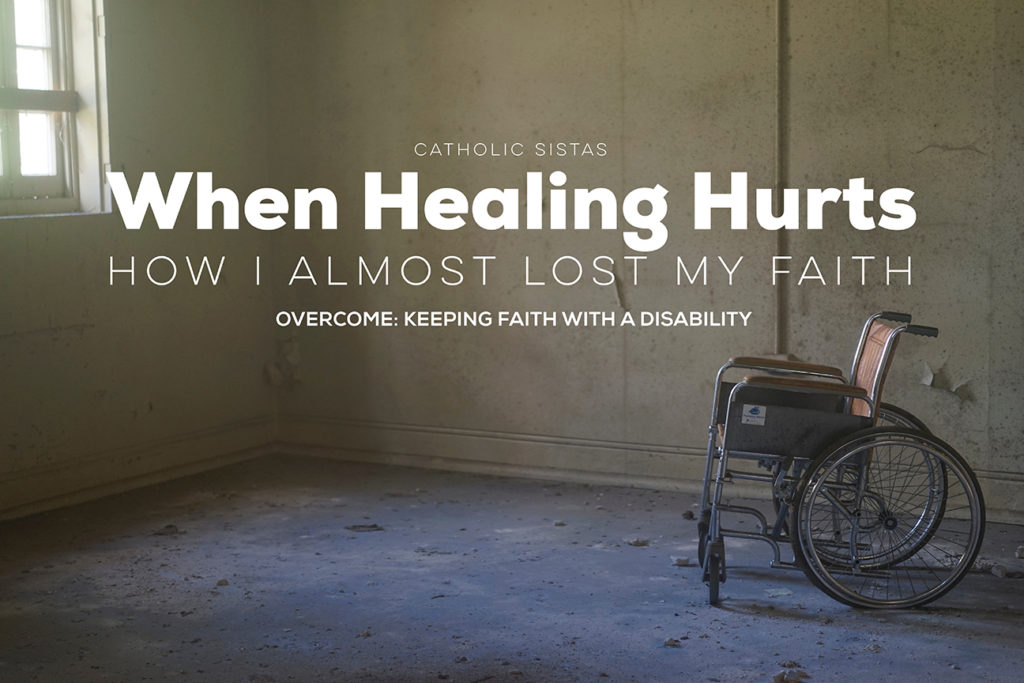