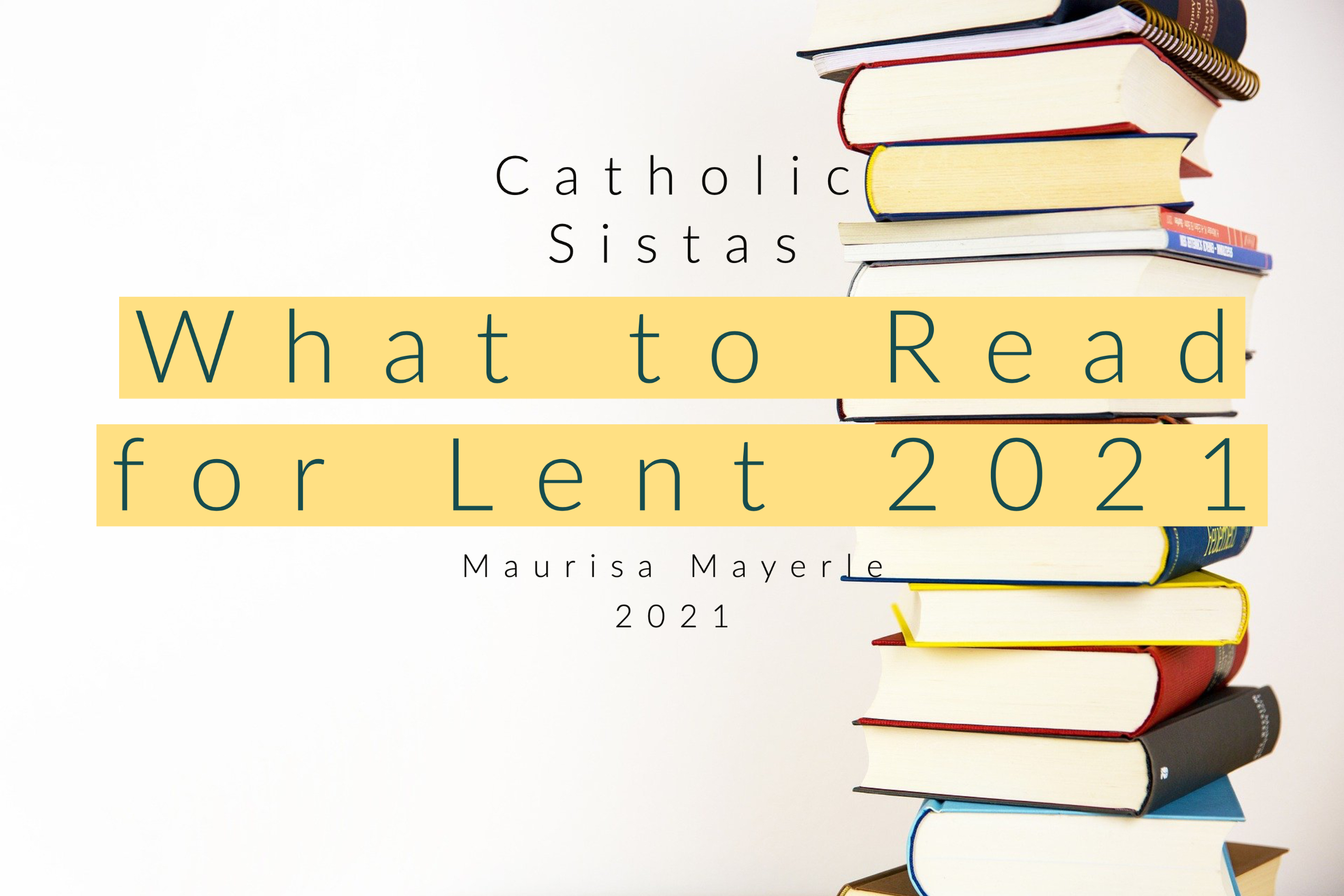 The pandemic led to my being able to read even more than usual during 2020 and with Lent quickly approaching I have a lovely list of books to add to those I’ve recommended here in the past. Behold your Lent worthy reading list for 2021:

Impossible Marriages Redeemed: They Didn’t End Their Story in the Middle is Leila Miller’s follow up to her eye-opening expose of true accounts from children of divorce: Primal Loss: The Now Adult Children of Divorce Speak. In this new work, Leila compiled the stories of broken marriages which leaned into the redemptive power of the faith and were healed as well as several submissions from folks who continue to “stand” for their sacramental marriage in-spite of being abandoned by a spouse.

The Saint Monica Club: How to Wait and Pray for Your Fallen-Away Loved Ones by Maggie Green was written based on her own experiences with children who have fallen away from the faith. Like Saint Monica, mothers are called to pray without ceasing and wait upon the Lord. This book was an immense help to me as I continue to pray, hope, and wait on my own wayward children.

Have you struggled with low spirits, anxiety, or depression? Has it taken a toll on your progress in your spiritual life? Dan Burke’s Spiritual Warfare and the Discernment of Spirits may be the help you need in discerning how the enemy may be attacking you and actively preventing you from growing spiritually.

In February of 2019 the Pew Research Center released the results of a study showing that belief in the Real Presence of Christ in the Eucharist had dropped to an alarming 30% of self-identified Catholics. In response to this obvious decline in reverence for the Blessed Sacrament Dr. Peter Kwasniewski has written a beautiful and concise answer for how Catholics can reestablish a firm belief in and veneration for the Holy Eucharist in The Holy Bread of Eternal Life: Restoring Eucharistic Reverence in an Age of Impiety.

I recently finished Conversation with Christ: The Teaching of St.Teresa of Avila About Personal Prayer by Peter Thomas Rohrbach. It is by far the best book I’ve ever read on mental prayer and walks the reader through several variations for maintaining a relationship and real conversation with Christ. It is one I will keep constantly on hand for reference for years to come.

After the difficulties and realities of the last year, a little escape from contemplating the current state of the world might be in order. I am a huge fan of interspersing fiction amongst the spiritual and informative works I normally read. I especially appreciate anything written with a Catholic worldview and there are many authors who have successfully written beautiful, enjoyable works of fiction with Catholic themes.

Sigrid Undset is by far my favorite Catholic author. She was a convert to Catholicism in the 20th Century who interwove Catholic themes throughout her works.

My personal favorite novel, Kristen Lavransdatter, is a medieval Scandinavian saga which earned Undset the Nobel Prize for Literature. The trilogy follows Kristen from childhood through late adulthood—daughter, wife, and mother in Catholic Norway.

The tetralogy, Master of Hestviken, Undset’s second medieval Scandinavian offering is not as well known but is also very enjoyable. This work explores many of the same themes but from the point of view of Olav Audunsson an orphan betrothed to the daughter of his adoptive father.

The Wild Orchid/The Burning Bush set in the mid-20th century Norway is the story of Paul Selmer, who grows up in an enlightened household and shocks his entire family when he chooses to convert to Catholicism as an adult. As with many of Undset’s novels, marital fidelity and self-sacrifice are strong, underlying themes.

Several years ago I picked up Undset’s Ida Elisabeth and found, for one reason or another, I could not make it past the first chapter. Early in 2020 a friend finished reading this work and declared it to be one of her favorites. I am so glad she did as it led to my finally finishing this beautiful novel. Once again, the consequences of sin, marital fidelity, forgiveness, and grace flow throughout this work.

While not personally a Catholic, some of Willa Cather’s works are very Catholic and well worth including on a list of Catholic fictional works.

Shadows on the Rock is a sweet work, set in colonial New France close on the heels of the martyrdom of North American saints such as Saints Jean LaLand Rene Groupil. The story is written from the point of view of pious 12 year old Cecile Auclair. In her mastery of vivid language, Cather paints a beautiful picture of 17th century life in remote and barely settled Quebec.

Death Comes for the Archbishop, also by Cather, tells the story of Father Jean Marie Latour. Having been appointed the Apostolic Vicar of New Mexico Father Latour travels his vast, desert mission territory shepherding his flock and spreading the gospel over the span of 40 years. This compelling character, fraught with the loneliness and gravity of his task, advances his mission by degrees in the manner of a gentle, faithful, and resourceful saint.

Father Bryan Houghton was a well known convert to Catholicism in the mid-20th Century. Not long after converting the entire Church was rocked by the sweeping changes to the liturgy on the heels of Vatican II. Personally, I have often wondered how people actually felt as their churches were renovated and the Mass changed almost overnight. Father Houghton wrote a beautiful and touching fictional account which explores this subject in Judith’s Marriage.

Visits to the Most Blessed Sacrament and the Blessed Virgin Mary by Saint Alphonsus Ligouri is a short and lovely companion to bring for a weekly Holy Hour.

Non-Negotiable: Essential Principles of a Just Society and Humane Culture by Sheila Liaugminas. I recently listened to a conversation between Sheila Liaugminas and Jason Jones on his popular podcast. Intrigued, I had to pick up her book on protecting the first principles of the absolute human rights to life, dignity, and equality.

The next two on my list were recommended by our parish priest as worthy spiritual reading: Sayings of the Desert Fathers and On How to Accept and Love the Will of God and His Divine Providence by Saint Alphonsus Maria Ligouri

The Sinners Guide by Venerable Lous of Granada was a favorite of Saint Teresa of Avila. I feel anything recommended by Saint Teresa needs to be on everyone’s “must read” list. Am I right?

Are you reading anything inspiring this Lent? Share your picks in the comments.

The Ultimate 2018 Lenten Booklist for Families