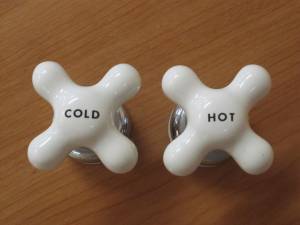 I was recently on Facebook (who am I kidding… I’m ALWAYS on Facebook!) and reading a stream of comments on a friend’s wall.  These were Catholic women who were discussing their frustrations with what they were hearing from the pulpit.  They both admitted (within the thread and in previous comments) that they personally take issue with many of the Church’s teachings, so this particular thread caught my attention.  I know there are many “lukewarm Catholics” out there, and I do think it’s important to understand their frustrations and to lead them and guide them to a greater understanding of the faith we hold dear to our hearts.

This particular discussion was about comments (the actual topic doesn’t really matter) they were hearing during homilies at Mass that were bothersome to these ladies.  They wanted to approach the priest or deacon on what they were hearing.  One of the comments on this thread that popped up was this:

“…just politely state that as a practicing Catholic, one of the most important tenets is the concept of free will and the advocacy of that and that we are all responsible for our own actions and sins, but that making political statements in church brought up messy choices and concepts that aren’t simply chosen in an either or format. And that by becoming too political they risk being investigated by the IRS.”

… this comment was then applauded back and forth on the thread and “liked” by others, so clearly it resonates with those who struggle with some aspect of the faith.

I think the first part of her statement isn’t too bad… “as a practicing Catholic, one of the most important tenets is the concept of free will and the advocacy of that and that we are all responsible for our own actions and sins” – there’s a lot to be said for this statement.  Sometimes it rings in my ears as a cop-out statement, as if their moral compasses are individually defined.  But, if they truly believe what they’re saying – I can appreciate the onus of responsibility for one’s own actions.

But the rest of her statement gives me a lot to chew on.  I know that drawing the line between politics and religion is difficult, without a doubt.  We should not be discussing politics for the sake of politics on the pulpit.  As Catholics, we’re thrown into the realm of choosing the lesser of two evils in many cases and weighing the scales between the political parties is challenging.  This doesn’t mean we cannot address many of these moral teachings of the faith at Mass.

This may be difficult for many parishioners to understand since many homilies over the recent decades have thrown rainbows and butterflies into the clouds, and we’ve come out rather disillusioned as to what a hard-hitting evaluation of moral theology should truly look like.  I can’t tell you how many times I’ve listened to homilies that “challenge” me to “really think and ponder how this reading affects my life”… and… I leave more uninspired than ever.  At least this has been the case at my parish… not all, I’m sure –  but it’s definitely a problem that the church needs to address at large.

A recent article at National Catholic Register explores the results of a survey for why Catholics leave the church, and the results are quite interesting… “A second major concern that can and should be addressed is that of bad preaching. Again and again, people said that they left the Church because homilies were “boring, irrelevant, poorly prepared”“.  People are actually leaving the church for this very reason.  Not just becoming lukewarm about the faith, but actually LEAVING!

This tells me people CRAVE insightful teachings.  They want to be challenged and taught and be given answers to daily, practical questions.  As the Facebook conversation said, “that making [these] statements in church brought up messy choices and concepts that aren’t simply chosen in an either or format” shoots right to the core that the “messy choices and concepts” aren’t being addressed and taught to the parishioners– so OF COURSE people are left to feel like these aren’t black and white issues of morality.  Sure, many modern moral issues ARE difficult, but they certainly aren’t grey.  Morality is clear, but most don’t have that understanding because it’s not being TAUGHT.

So, I do have to hand it to these ladies for at least going to Mass and continuing to explore their faith.  And I certainly can’t entirely blame priests and deacons for not preaching strongly across the board.  Now that these issues are coming to the forefront of today’s politics with the HHS mandate the clergy is starting to be more aware – and we’re going to start hearing more of these types of rants from our lukewarm friends.  We walk a very fine line in how we address these discussions… we certainly don’t want to push them further away from the church by taking the rhetoric to extremist levels – as much as we might desire to!  Still, we must do our part (as lay men and women) to address the basic truths of our faith in order to lay a strong moral foundation in the hearts of  all Catholics… especially the lukewarm.

8 Replies to “Warming up the lukewarm…”