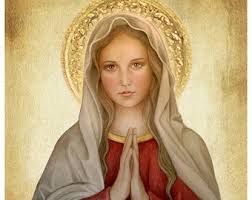 I was blessed to come into the Catholic faith with no preconceived notions about Mary. I hadn’t grown up as a staunch Protestant who believed Catholics worshiped her. Or equally damaging—a staunch Catholic who’d witnessed some well-intentioned relatives skirting the line between veneration and worship (perhaps by dressing up their statues of Mary?). So I had none of the usual obstacles to embracing the Mother of God. If anything, I was predisposed to love her, as I had no earthly mother.

Except…I had no idea who Mary was. And outside of my desire for a mom, I didn’t really know WHY I should cultivate a loving relationship with her, other than the fact that she was the mother of the person I loved most. As it was, that’s all it really took to start my relationship with the Mother of God: the knowledge that if Jesus loves her, then I should, too. It was similar to how I felt when I got married and desired to get close to my mother-in-law for the sake of my husband.

Over the years, however, I’ve moved beyond loving Mary through Jesus and loving her as a person in her own right, for her own intrinsic value. For her beauty, compassion, and humility. For her loving and unrelenting solicitation of her children, no matter how errant or stubborn we are. In no time at all, I discovered that I loved her for her, as I’m sure Jesus intended all along.

A turning point for me came a few years ago, when I was reading Scripture and realized that Mary wasn’t there at one of the most pivotal times and places in salvation history: at the tomb on Easter morning. In Jewish tradition, preparing the body of your deceased loved one was a sacred ritual and one Mary would never have forgone for Jesus. So why wasn’t she with the women at dawn as they went to anoint his body? Was she just sleeping in? Most probable is that Mary declined to go with the women because she knew Jesus was not going to be in the tomb.

It’s hard to believe that if Jesus told his followers he was going to rise from the dead, that he didn’t also tell his own mother, whom he knew his torture and death would devastate most of all. The difference is, Mary listened to Jesus—and believed him. She wasn’t at the tomb on Easter morning because she was the first to fully believe Our Lord when he said he would be raised from the dead. Unlike the other followers of Jesus, she didn’t need proof or someone else to tell her what Jesus himself had said would happen. Jesus said to Thomas, “’Because you have seen Me, have you believed? Blessed are they who did not see, and yet believed.’” Jesus was not only talking about those of us who live today, but first and foremost about his own faith-filled Mother. 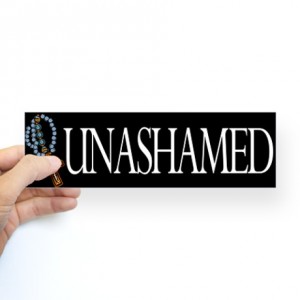 I don’t think people realize how Mary anchors us to Jesus, especially in times of crisis and doubt. When my son died and I couldn’t talk to Jesus without anger, it was Mary who held my hand through the pain, who generously allowed me to rail at her own precious Son for taking mine. When my doubts creep in during suffering, that whisper into my heart that God can’t be trusted, it’s Mary who stands beside me and helps me fight off the demons that would snatch me from the hand of Jesus forever. She’s the one who gently reminds me to “Do whatever He tells you” when I struggle to do my own will instead of God’s. And perhaps most importantly, she is my clearest example of what it means to be a fully human, fully faithful woman who follows Jesus in this life without ever once counting the cost.

St. Louis de Montfort, known for his profound devotion to Mary, said, “[The faithful] will see clearly that Mary is the safest, easiest, shortest and most perfect way of approaching Jesus and will surrender themselves to her, body and soul, without reserve in order to belong entirely to Jesus.” And he’s right. To that end, I’d like to offer a few suggestions for those seeking to get closer to the Virgin Mary, whether you’re a cradle Catholic, a new convert, or anyone who loves Jesus and who wants to better love his mother–and yours. 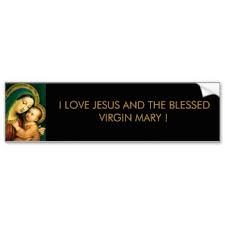 1. Get to know Mary. Meditate on the events of Jesus’ life from the Blessed Mother’s perspective. Imagine being 14 and telling your parents that you’re pregnant out of wedlock, knowing you also live in a society that could stone you for it. Imagine not knowing where your child is for five days, as Mary and Joseph did before they found Jesus in the temple. (One day of traveling from Jerusalem, one day back to Jerusalem, and three days searching; we forget it was really almost a week that they were looking for Jesus.) Imagine hearing people malign your son, calling him names and saying he’s in league with Satan, just for being loving to them.

Especially if you already have children, you’ll quickly realize that Mary suffered intensely long before Jesus was ever arrested. Just as Mary leads us to Jesus, Jesus can also lead us to Mary, if we realize that much of his suffering caused his mother to suffer, too.

2. Talk to Mary. Our first priest used to say you’d never walk up to a stranger and ask her for something, which is why we ought to have a relationship with a saint long before we ever ask that saint to intercede for us. Just like Jesus, Mary cares about you. She cares not just about your salvation, but about all the little details of your life that comprise your attempts to “work out your salvation with fear and trembling.”

Tired of doing laundry? Tell Mary. Struggling in your marriage? Tell Mary. Excited that your son made the honor roll for the first time? Tell Mary. Talk to the Blessed Mother as a friend, a real friend, who loves you and wants to know about all the big and little things that bother you or even make you happy. I go to Mary before I even go to my female friends, because as my Mother, she shares my struggles and joys as all good mothers do with their children. I find that when I do, my joy is multiplied and my sadness divided.

3. Go to Mary for help. As a new Catholic, I once had a faithful Catholic woman tell me to take all my “womanly” problems to Mary. I started doing just that, which is when my relationship with the Blessed Mother really deepened. 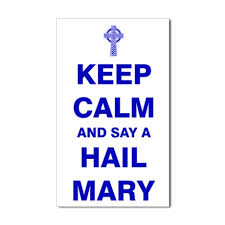 I’m convinced the Church’s veneration of Mary has made her intimidating to most Catholics, who see her as this distant, holier-than-thou (even if she actually is!) figure that we should admire from afar. But Mary was a real, flesh-and-blood woman just like you and me, sisters. She went through puberty, pregnancy, childbirth, and probably even menopause. She was married, raised a child to adulthood, and lost her husband when Joseph died. She was poor and probably struggled financially, especially when she and Joseph fled to Egypt. She likely had unkind relatives who were less than charitable about her pregnancy outside of marriage. She spent the early part of Jesus’s childhood—you know, those hard, sleep-deprived years–with little support from her family, because she was in Egypt and they were in Nazareth.

As a mother, Mary wanted all the things for her child that we all do: safety, love, and a happy future. She may not have had to deal with a sinful child, but how could she not worry about Jesus once his public ministry began and her beautiful little boy was treated like a pariah out of jealousy? She also endured a mother’s worst nightmare: seeing her child not only killed, but tortured before her very eyes. This is a woman who has suffered in every way a woman can suffer, ladies. 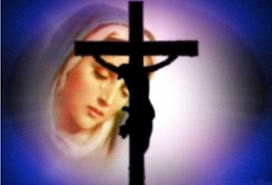 There really is no struggle you can bring to Mary that she doesn’t know intimately through her own life. If you had an earthly mentor next door with this kind of life experience, you’d be a fool not to take advantage of her counsel and comfort. So why are we so reluctant to seek both from the Mother of God?

4. Pray the rosary…or the Hail Mary; the Hail, Holy Queen; or the Memorare. Or don’t pray any specific prayers at all–just talk to the Blessed Mother. Don’t believe those who claim the rosary is the ONLY way to get close to Mary, because it’s not. It may be an especially efficacious way, and for those who feel drawn to it, more power to them. But don’t give up on Mary if your ADD or spiritual sloth keep you from praying the rosary meditatively every day. St. Therese struggled to stay awake when she prayed the rosary and so do I. Instead, I have a Hail Mary at the ready 20 times a day; it’s so reflexive during times of anxiety that I often don’t even realize I’m praying it until I get to the second half. I don’t stress over whether my Blessed Mom prefers formal prayer, because I know that what is really important to her is that I’m PRAYING–that is, talking–to her.

Use what draws your heart to Mary, whatever that is. If it’s simply talking to her about your life, like she’s a friend in the room, do that. If it’s praying the rosary or other Marian prayers, do that. Keep a journal and write your entries to Mary. Put a letter to her in the mail, stamp and all, and mail it to one of the shrines around the world! Make Marian feast days serious celebrations in your home—a big dinner, balloons, dessert, a skit about the Blessed Mother’s life. Buy yourself a blue coat as a symbol of putting yourself under Mary’s mantle (which is usually blue in art, to represent the sky, which covers all believers). Leave a card for her on the altar or beneath your church’s artwork of her from time to time. Frame a picture of her and put it beside your bed or on your desk.

There are a thousand ways to show your love for Mary and invite her into your soul more fully. The old ways are good and they’ve worked for millions of people throughout history. But don’t be afraid to embrace less traditional devotions as a way to develop your own unique relationship with this amazing woman!

5 Replies to “There’s Something about Mary”