[This is part 2 of The Deacon’s Wife. Follow this link to check out part 1.]

“Having a clear faith, based on the creed of the church, is often labeled today as fundamentalism. Whereas relativism, which is letting oneself be tossed and swept along by every wind of teaching, looks like the only attitude acceptable to today’s standards.” —Pope Benedict XVI 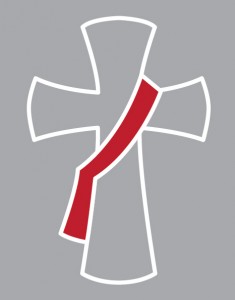 I truly believe God has a way of taking what we see as “bad” and making it not only redeemable, but good. That’s what He has done in my life, but I had to allow Him to take charge, and if you know anything about me, you know that is difficult for me because I love to be in control!

I will spend my life in contrition for the harm that my actions and beliefs have had in the degradation of our society and especially to my family. Looking back at what I bought into and then argued – many times passionately – for others to also buy into, I must take responsibility for where we are. Thank God, that He is a merciful Father that will grant forgiveness and grace to return!

My two youngest children, (my oldest had no interest – another story that we don’t have time for), and I were attending Saint Peter Claver on a regular, every Sunday, basis. My daughter has a wonderful voice and I encouraged her to join the choir, which she did until a youth choir was formed. Our every Sunday led to adding the Wednesday Mass, as well as involvement in various committees and outreach. This was filling some hole in me I did not even realize was there.

Saint Peter Claver is a small, predominantly African-American, Catholic congregation. Between the size and the friendliness of the parishioners, it was easy to get involved. It was the type of congregation that, like Cheers, everybody knows your name. There was a lot of comfort in that.

The religious sister who was the parish administrator at the time knew that I wanted to learn more about the Faith and was always looking for more ways to get me involved. She asked if I would sponsor a woman in the RCIA program. RCIA – that was a new term to me, but I agreed and what that opened to me still just blows my mind! I am still quite thankful for this first request from Sister that has opened so wide a door for me!

The first year I was a sponsor and got my feet wet. The next year, Sister asked if I would be willing to be a part of the team. The three downtown parishes were combining to one RCIA program to facilitate speakers, fellowship, resources, etc. Here we go! God definitely has a plan!

As my involvement in RCIA progressed, I took on the challenge of presenting various topics to the group which naturally led to hours of research in the Catechism, Bible and Church documents. What a treasure trove we have in our Faith!

There was this new guy that had recently started playing piano at Saint Peter Claver and soon was a sponsor for a gentleman coming into the church. Our paths kept crossing at church, RCIA and the youth choir he helped start, and we became friends. This was my future husband, Skip. We worked together on different projects and committees for a few years and my youngest son, Glenn, was enamored with him, and I do believe the feeling was mutual.

One Sunday after Mass, Glenn told Skip he thought it was time that his mom (ME) had a boyfriend. I imagine I turned plenty of shades of red, but outta the mouths of babes! It wasn’t right away, but we did start dating not too much longer after.

Skip and I had a lot in common. He too had left the church for several years and had a pretty colorful past – but that’s his story to tell. We were both on our journeys back and both had the same attitude that we needed to embrace the church fully if we were going to embrace it at all. We were, and still are, good for each other. My husband had also been discerning for the priesthood but he just didn’t think that was where God was calling him. He shared this discerning with me and I do believe he discerned all the way to the wedding aisle!

The discernment process for the permanent diaconate, if the man is married, is a discernment of both spouses. It must be since the two have become one in the sacrament of marriage. The direct call to the diaconate is to the husband, but there must be a complimentary call to the wife.  This is a mission that they embark on together.

This does not mean that the two will be involved in every ministry together and it does not mean that the wife is called to perform each and every task or ministry requested of her. This discernment process means that together, the spouses decide what roles each of them are called to, whether it be in a ministry together or individual ministries or in some cases, the wife is not called into a ministry role and instead is called to take care of the family and household. Every couple is different and each couple needs the freedom to discern their roles on their own. The main part of this discernment is: can you accept, share and support what the other is called to?

Our first year was called the aspirancy year. This is a year of introduction to the ministry of the deacon, to deacon couples, interviews with a board made up of clergy and lay persons, psychological assessments, personality assessments and a “getting to know you” phase. It is a process to let you know if you have the “right stuff” to continue on to the four years of formation.

Looking back on that first year and how the majority of the couples were strangers, to five years later when twenty-two of the men were ordained to the permanent diaconate, to see the bond that was formed in those weekends together, I would not trade that for the world! This doesn’t mean we all necessarily like each other, but we all do love each other!

There are so many things I can look back on now and laugh about but remember just how nervous I was that I may screw this all up for Skip. Like the interviews in front of the board. What if I answered wrong? What if they didn’t like me or didn’t think I was worthy? The questions that go through your mind are endless but actually unwarranted. I think what they are really looking for is if you, the wife, just absolutely hate the road your husband is going down and refuse to support him. The wife actually has the power to keep her husband from being ordained – she is the last to agree and assent to this before ordination. So you can see how important it is for her to be on board and support this journey they are both embarking on.

Yet that first year was a breeze in comparison to the next four years of formation, and I didn’t even have the homework to do!

*Cindy, although a cradle Catholic, is a revert to the Catholic faith. She is the middle child from a family of 15 children, is the mother of three and a very proud grandma of three. She is active with the Diocese of Lexington RCIA Commission, writes a ongoing series for the Crossroads Catholic bi-monthly newspaper and has been in the construction field for over thirty years. She and her husband of almost 11 years, Deacon Skip, live in a historic house in downtown Lexington with their three dogs.*