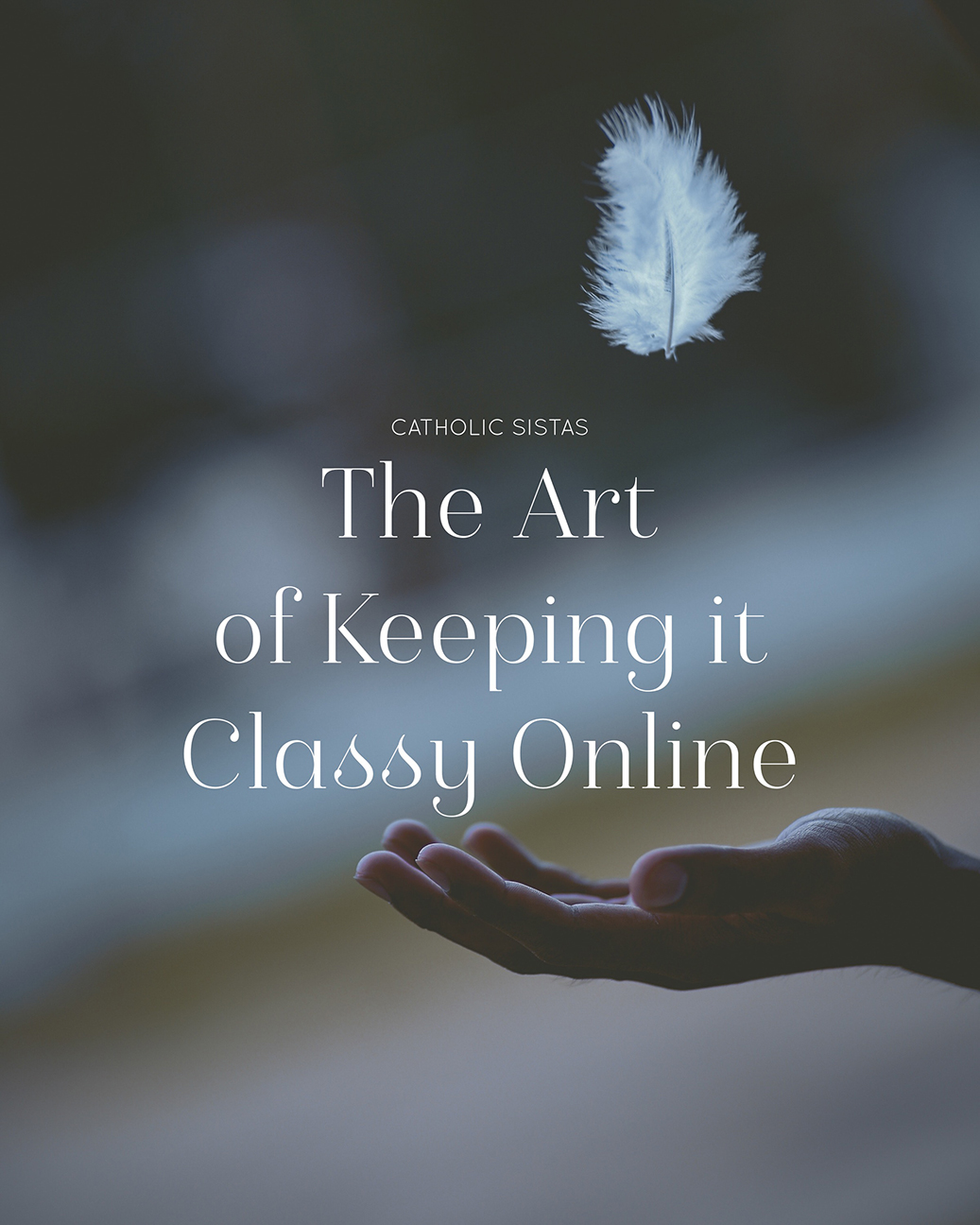 The world really showed what it wants to be when news outlets recently made the decision to run a partial story. What happened next could have happened to you, your child, your spouse, or another loved one.

How we behave in real life and how we behave online ought to be similar. Let me say that again.

The disconnect between who we are in real life and who we become online (as a society) has become so polarizing in and of itself. I frequently head out into my local community to do mundane stuff, like pick up groceries, go shopping, go to church, meet with friends, order food, etc. I have yet to run into someone in my everyday who behaves like a lot of the folks I see commenting online. The temptation to stick your oar in is great. When Catholic Sistas began, many of the writers – myself included – had many years of online experience under our belts going in. We had seen quite a bit and witnessed the underbelly of many online forums. Sometimes under the guise of “debate” the discussions quickly devolved into ad hominem attacks. While there are plenty of opportunities to witness for the Catholic Faith, we had to also recognize that the comboxes (slang for comments on blogs/websites) could quickly spiral into occasions of sin, if not outright breeding grounds for dissent. We collectively determined that we would not babysit the comboxes, but instead would put in place a standard for leaving comments, rooted in Christian charity. So, how can we carry ourselves online in these polarizing times in a way that upholds what we believe as Catholics? Here are some quick tips of mine that I’ve developed over the years, going back to 1994 when I was the teenager online.

HOW TO KEEP IT CLASSY

WAIT! I’ve done all these things before. Now what?

It’s not ok, but…it’s something most of us grapple with. We’ve all slipped and made mistakes. Seek out forgiveness in the Sacrament of Reconciliation and then with those whom you’ve harmed by giving them your apologies and making restitution where possible. You can also read up on the damaging effects of excuses on how to craft an authentic apology.

Lastly, I leave you with this story that makes a rather profound statement of the effects of gossip and its pernicious nature. It is the story of a most unusual penance St. Philip Neri assigned to a woman for her sin of spreading gossip.

The 16th century saint instructed her to take a feather pillow to the top of the church bell-tower, rip it open, and scatter the feathers to the four winds. This probably was not the kind of penance this woman, or any of us, would have been used to. But the penance didn’t end there. Philip Neri gave her a second, and more, difficult task. He told her to come down from the bell-tower and collect all the feathers that had been dispersed throughout the town. The poor woman, of course, couldn’t do it – and that was the point Philip Neri was trying to make in order to underscore the destructive nature of gossip. When we detract from others in our speech, our malicious words are scattered abroad, and cannot be gathered back. They continue to spread dishonour and division in people’s minds days, months, and even years after we have spoken them, as they pass from one tale-bearer to the next.