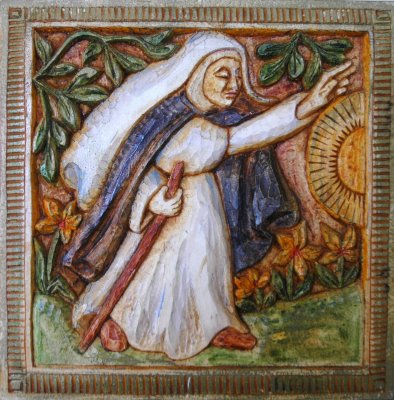 I feel this week about ways NOT to evangelize. Today’s piece is foundational,

meaning I’m going to build on it by writing a series based on my own personal experiences.

I should start this piece of brilliance by stating that I don’t consider myself to be an expert in evangelizing, I don’t hold multiple degrees in theology from various Catholic universities {in fact, I hold a Spanish language degree that I don’t use from possibly the largest and most liberal university around – the University of Texas at Austin}, and I don’t consider my forte to be speaking to large groups of people with the goal of converting them to the One, Holy, Catholic, and Apostolic Church. What I do have is good, old-fashioned grit. I grew up in a small town in East Texas where Catholics there weren’t {and possibly still aren’t} much of an evangelizing influence by comparison to the prottie population. I also have a lot {read: MASSIVE AMOUNTS} of terrible experiences that I will share with you in an effort to create an “open eyes” effect. Sometimes the approach we feel is glorifying God is, in fact, doing the opposite. It is with painful humility that I will present to you some ways to turn people away from the Faith…if that’s your goal.

Before I delve into all that yummy, delicious turnoff stuff, let me explain a little bit more about who I identify with in my evangelization efforts. I have four heroes in the Faith {after God the Father, God the Son and God the Holy Spirit, Mary and all the angels, of course :)}. I present to you the cast of characters in the Faith I look to help guide me. My patron entourage, if you will.

So, now that my word count is at 1120, I am realizing that I will need to break this into at least two, possibly three parts. Boo hiss, you say? Oh well…you can read up on the virtue of patience in the meantime since I smell bacon cooking {did I mention I have the world’s BEST husband who makes the most AWESOME BACON??} and chitter chatter of four of our five kidlets who are awake at 10:30 a.m. on January 2. It’s time to go be a mom for now and I’ll let some ideas rattle around in my head on how to share with you the best ways to tick off friends and family about the Faith. Oh dear, my stomach is growling…