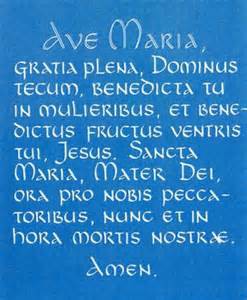 What are your thoughts on the use of Latin in our Catholic Masses?

In the ninetieth century, Fr. Michael Muller defended the use of Latin this way,

“A variety of languages is a punishment, a consequence of sin; it was inflicted by God that the human race might be dispersed over the face of the Earth.  The Holy  Church, the immaculate Spouse of Jesus Christ, has been established for the expressed purpose of destroying sin and uniting all mankind; consequently she must everywhere speak the same language.  The Catholic Church is the same in every clime, in every nation, and consequently its language must be always and everywhere the same, to secure uniformity in Her service.”

I have only ever known the Mass to be said in English.  I remember hearing how wonderful it is that now Mass is celebrated in the vernacular, and I couldn’t help but agree.  I didn’t know a lick of Latin.

As God would have it, in these past several years I have learned and now use Latin on a regular basis.  I began homeschooling my children and settled on a classical curriculum which teaches my children (and me) a variety of traditional prayers and hymns in Latin.  We regularly pray the Sign of the Cross (Signum Crucis), the Hail Mary (Ave Maria), the Our Father (Pater Noster) and the blessing before meals all in Latin.  In concert with this change, our parish welcomed a new pastor, an Anglican convert with a passion for high liturgy.  When the use of the new translation of the Mass was installed Advent of 2011, Monsignor also reinstalled the use of the Greek Kyrie (Lord have mercy…), and Latin Sanctus (Holy, Holy, Holy…) and Agnus Dei (Lamb of God).  Interestingly, had we persisted in the use of Latin in our Masses, over the vernacular, then there would have been no need for the English translation correction in 2011.

In college my mother brought me on a three week bus trip through the countryside of France, where we tagged along with a group of retirees from our former parish.  Each town would have a breathtaking, centuries old, towering, stone and stained glass windowed Catholic Church.  We toured inside each of them.  Usually the church was empty, but in one town we happened to catch the beginning of a daily Mass, and we all stayed and received communion.  The Mass was said in French, but because of the standardized liturgy we were able to figure out exactly where the priest was in his celebration, and we followed along, saying our prayers in English.  I have always held this memory as a cherished example of our universal church.  How much more impactful my experience would have been if the prayers had been in Latin, and I had also known Latin.  In that moment inside that ancient stone church, we Americans would have been so united with our French Catholic brethren that for entire prayers we would have been speaking in one voice, despite our inability to converse well with one another.  Oh what an illustration of our One Faith that would have been!  Fr. Muller’s defense of Latin is spot on.

God made us in His image, and since the fall of our parents Adam and Eve, we spend our entire Earthly lives being transformed through His Son, to be who it is God meant for us to be.  By learning the language of the Church, we allow another way for God to transform us, letting go of yet another instance we are guilty of making God into our own image.  In Christ we find the remedy for Original Sin and all sin, as dispensed by His Bride, the Church, our Mother.  Let us learn the language of our Mother:  Latin Prayers.