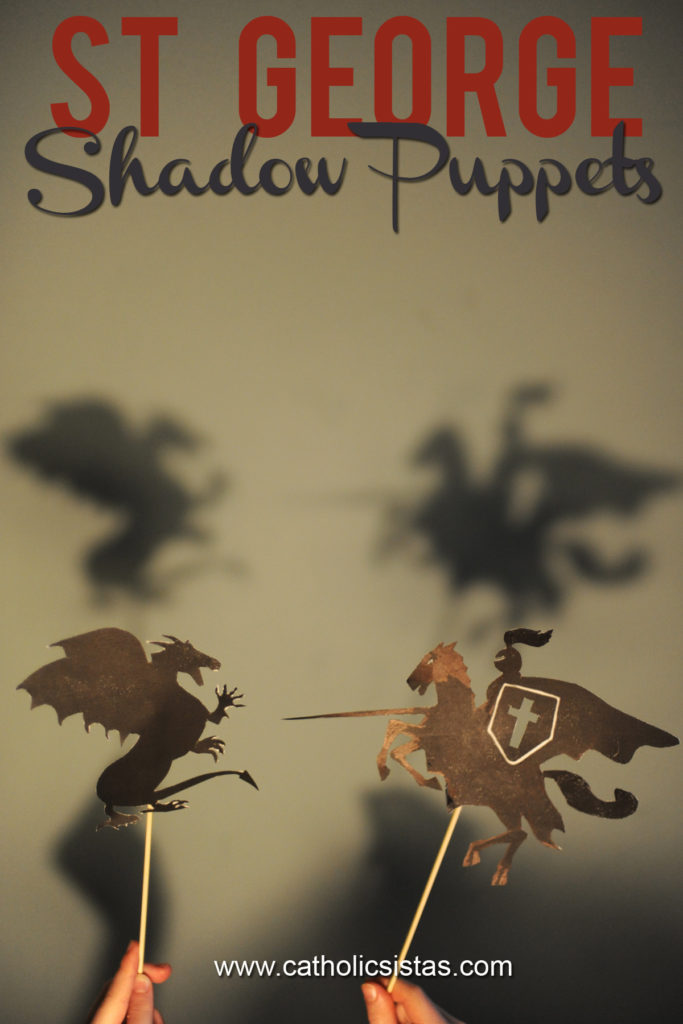 Coming up this month on April 23rd, the Church will celebrate the feast day of St. George.

Our children have loved St. George since we received a painted peg doll of him from a swap last year. The woman who painted him not only had a lot of talent, but put a lot of time and effort into the details! St. George has always been in the selection of peg dolls close at hand for play time. 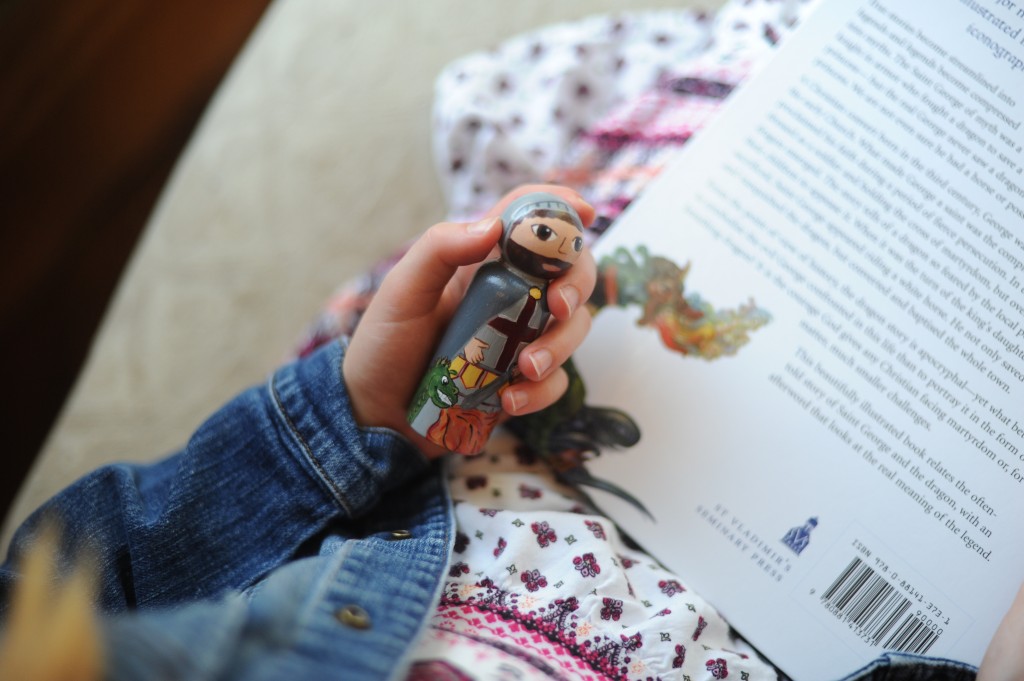 Before I get into our fun dramatic play craft I wanted to introduce you to a fantastic book about St. George. After ordering several books on Amazon, I wanted to share our favorite with you and encourage you to add it to your home library!

St. Vladimir’s Seminary Press has a gem of a book with their “Saint George and the Dragon” by Jim Forest. The book is a fantastic telling the legend of the dragon that lived outside a small town. When it becomes the king’s daughter’s turn feed the sheep to the dragon a brave knight on a white horse is waiting in the field to keep nineteen year old Elizabeth safe. 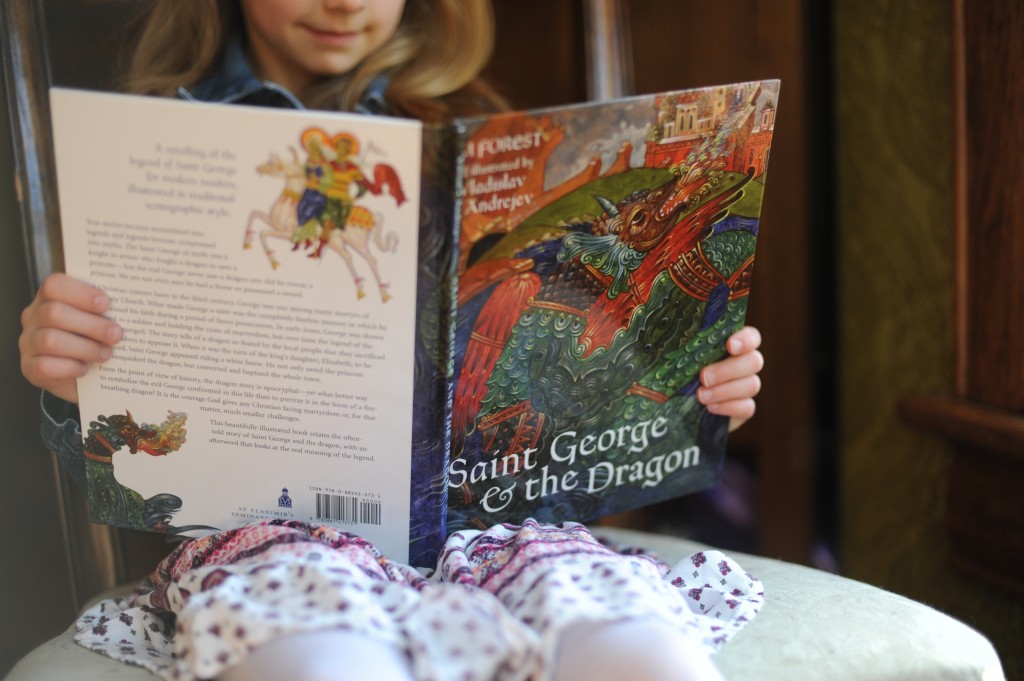 Once the dragon was no longer a danger Elizabeth asks the brave knight who he is. George answers that he is a Christian knight and goes on to explain his faith to Elizabeth. She begs him to come back to meet her parents, the king and queen. 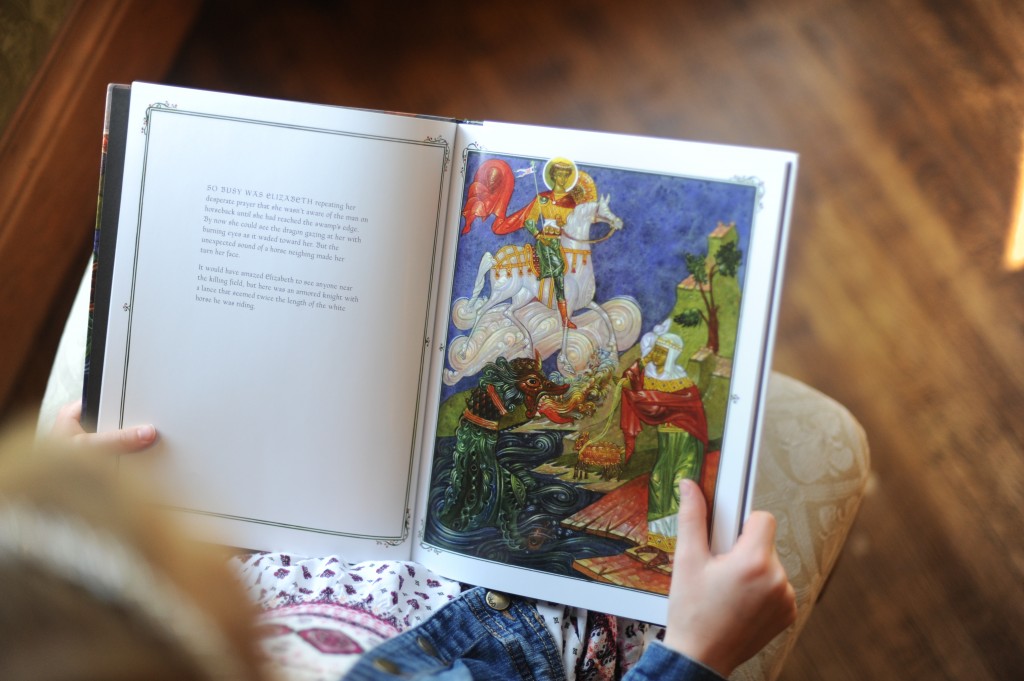 Upon arriving at the castle he tells his story of saving their daughter from the dragon. The king is beyond grateful and offers him all the treasures they have. George refuses the treasure saying he only wishes for their salvation and to teach them about Jesus. Following the story there is a prologue about the real Saint George including full color paintings of ancient artwork that St. George was depicted in.

This particular telling of the story of St. George is different because the knight is not fighting the dragon only to win the girl as other stories tell. He fights the dragon to bring Christianity to the people. And I love how the authors also explain how true stories become legends and legends become myths. Because every child wants to know if the dragon was truly real. 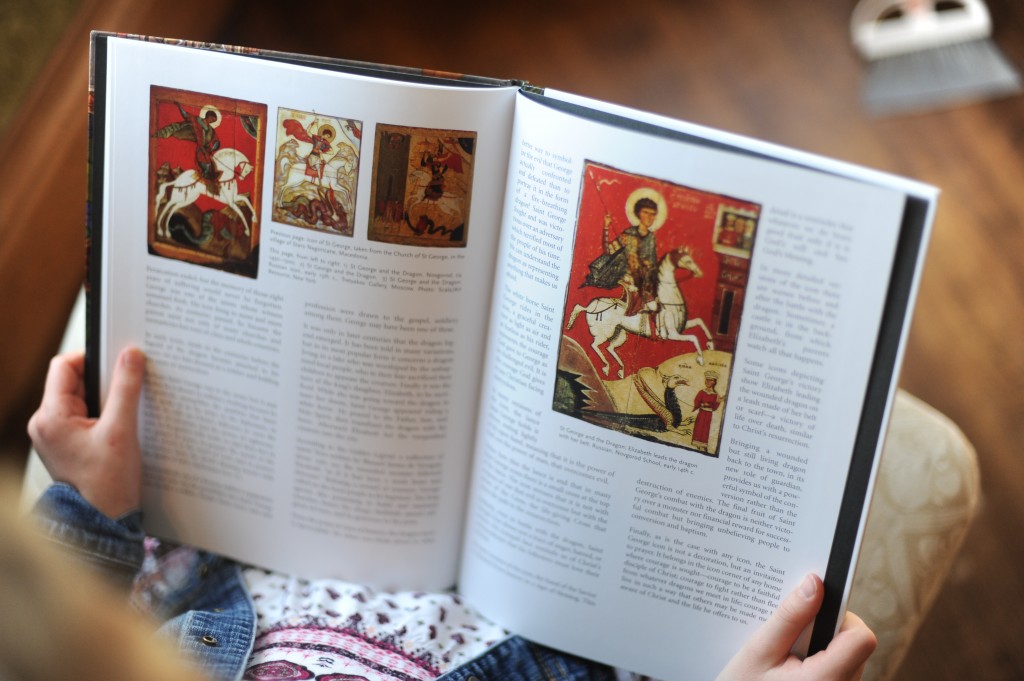 After you have read your children the captivating story of Saint George have this craft prepared for several hours of imaginative fun!

the PDF printout of the shadow puppets

and a flashlight or lamp 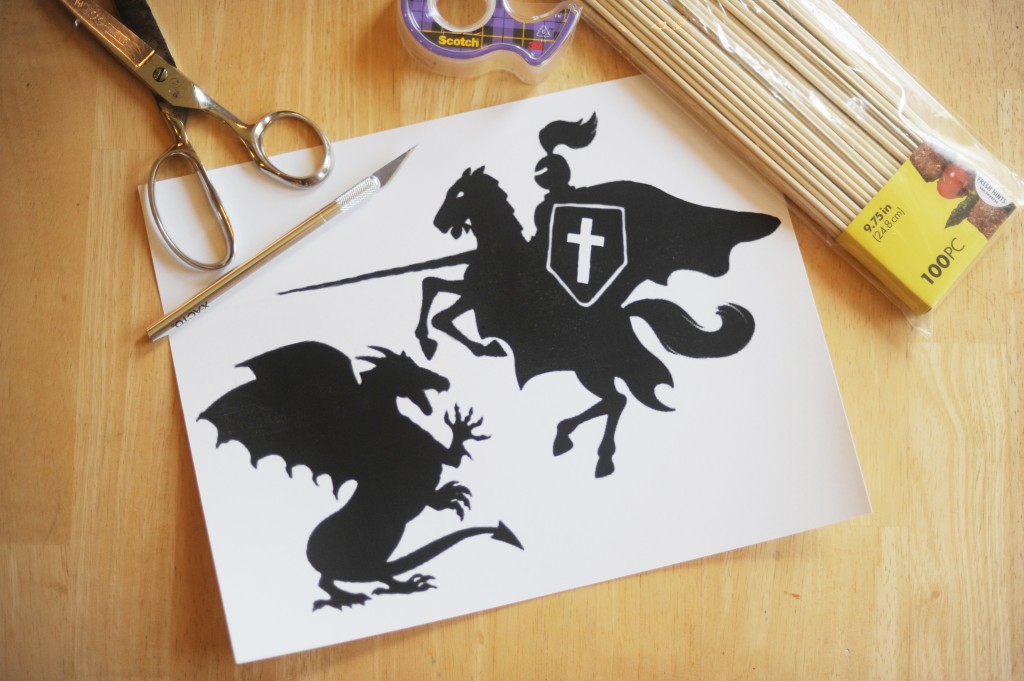 Then your puppets are ready for play! Set up your flashlight/torch so that it is projecting at the wall and hold each puppet between the light source and the wall. Have fun creating new adventures with St. George and the dragon – and just try to keep Dad away from the fun!

I have an extra set of shadow puppets that are pre-cut and ready to play with!

Comment on the blog and I will choose one of you to send a set to! 🙂