…when will you understand simple logic? 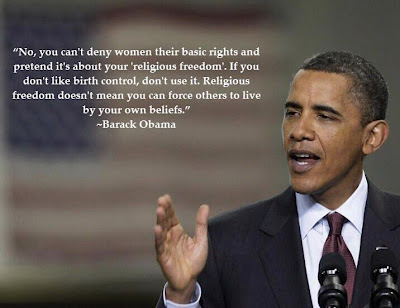 I’d like to respond by saying, “No, you can’t deny citizens of their religious freedom and pretend it’s about women’s ‘basic rights.’ If you like birth control, buy it and use it. Having the right to birth control doesn’t mean you can force others to pay for it – especially when they are deeply, morally opposed to it.“
– CA –
Take for example, the right to bear arms. American citizens have the RIGHT to own guns. But does that mean the GOVERNMENT is the one who provides the money for people to access them? Of course not. If you want to own a gun, you go to a shop, get a permit and buy one with your own hard-earned cash. That’s your right.
Lots of folks in our country think guns are terrible things and they believe society would be better off without them. They have a right to believe that! It is THEIR right to oppose guns, just like it’s YOUR right to own one. Now, would you ever expect someone who is deeply opposed to guns to pay for yours? Of course not, that would be a ridiculous infringement upon his personal beliefs.
Compare this scenario with the right to birth control. Catholics are in no way trying to step on a woman’s RIGHT to use birth control. She can use birth control all she wants! That’s her choice, that’s her right. But it’s also her expense. Having a right to something does not mean it should be handed to you for free, especially not on the dime of someone who deeply opposes it.
Like guns? Great, go buy one. That’s your right. Don’t like guns? Great, don’t own one.
But for the love of sanity, don’t force someone who abhors guns to pay for yours.
The same goes for birth control.
RIGHTS DO NOT EQUAL FREE HANDOUTS.
:: 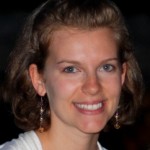 reprinted in full with permission from CA, Catholic blogger at Catholic Candid Living. CA is a wife to a youth minister and stay-at-home mama to their almost 2-year old daughter who keeps her sprinting and laughing all day long. She’s a cradle Catholic with a healthy addiction to cooking, drinking water, and pinning. She tutors Spanish, tries to sew, takes way too many pictures, and gets through her days with the help of lots of coffee and prayer::
Loading Comments...